Solidarity must extend, not only to all people but also to animals, the earth, and the environment 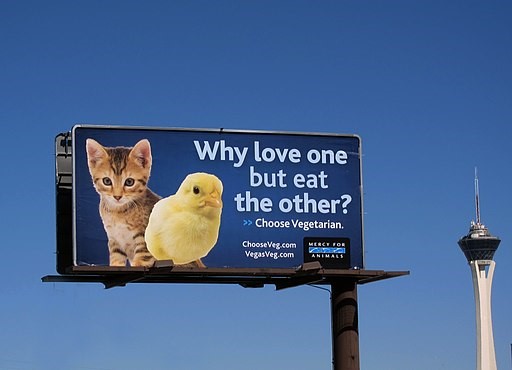 I’ve told this story before. It doesn’t have a happy ending—but at least this time it has a hopeful one.

The day the men took Sasha away from her mother she was only three weeks old. A few months later they took her to the cage where she spent the rest of her life. This was ‘home:’ a prison of concrete and metal. No sunshine, no space to turn around, and nothing to do. Even though she had just hit puberty they forced her to get pregnant. It went on that way until the end, forced to give birth over and over until her body couldn’t take it anymore.

After years of confinement and abuse Sasha was packed into a pen with dozens of others in preparation for slaughter. No more boredom and no more pain, but the worst wasn’t over. One by one, they were pulled out until there was nobody left but Sasha. She ran back and forth, and then in circles, screaming. She struggled to lift the gate of the pen from its hinges but it was no use. She died because she was no longer useful. She died because she was born as a member of the wrong species, because she was a pig, and pigs don’t have rights.

But is that true, or even acceptable in an era when conceptions of rights are broadening? I’ve worked with many human rights organizations and admire their goals, but I’ve also felt a profound sense of despair, loneliness, and disappointment at how communities that are so deeply concerned with justice can so thoroughly fail to stand up for the rights of non-human animals.

When we see the horrors that human beings inflict on animals in slaughterhouses, fur farms, circuses and other settings, how, as decent people, can we not act? That was the question posed to me by a senior ACLU attorney when I sat down to talk with him about animal rights last fall. I had realized that something big was happening in the human rights world: after years of neglect and hostility the human rights movement was embracing animal rights in earnest.

A week after that meeting I learned that the Center for Human Rights and Global Justice (CHRGJ) at New York University—one of the premier human rights programs in the world—was taking a stand for animal rights and committing to an all-vegetarian food policy, which was announced publicly in April of 2018. The policy makes clear that the fundamental values underlying human rights advocacy demand that we have “respect for animals.” And crucially, it recognizes that an institution committed to working towards “a more just and humane world” must take a stand for the animals who are victimized by industrial agriculture.

Even more importantly, the policy—which requires the Center to purchase only vegetarian foods for its events—is  grounded in an understanding of the interconnectedness of the struggles for human and animal rights—in “respect for animals and the humans impacted by the animal agriculture and processing industries, and out of concern for the environment on which we all depend.”

Margaret Satterthwaite, a renowned human rights law professor, attorney and a director of the Center, has recognized that this new policy is reflective of a profound and necessary shift in the human rights movement. As she told me in a recent email:

“The human rights community is beginning to recognize that our solidarity must extend to embrace not only all people, but also animals, the earth, and our environment. In moving to a vegetarian policy, CHRGJ is taking an important step to match our actions with our values.”

CHGRJ isn’t alone. The Center for Constitutional Rights (CCR), another of the world’s leading human rights organizations, recently embraced a vegan/vegetarian policy as “a meaningful act of solidarity” with the animal rights movement. The CCR policy further recognizes that an “increasing number of CCR staff members see violence against animals as contrary to a fundamental commitment to justice.”

The progressive National Lawyers Guild  has adopted a similar position through an initiative spearheaded by women of color in the Guild’s Animal Rights Activism Committee (now an independent project). In the wake of the steps taken by other human rights groups, the Guild’s President-Elect, Elena Cohen, told me that: “I am so proud that we have joined in the movement of progressive organizations in adopting a vegan food policy, to make clear that non-human animal oppression is integral to our anti-oppression work and vision for a more just world.” In addition, the Rebellious Lawyering Conference at Yale University—the largest student-run public interest conference in the United States—has been fully vegetarian for several years in a row.

Importantly, this support for animal rights is beginning to extend beyond internal food policy to the substantive work of human rights organizations. In April 2018, the CCR supported the Nonhuman Rights Project’s lawsuit to grant legal rights to chimpanzees by filing an “amicus brief” on their behalf in the Court of Appeals of New York. In another example, a recent statement from ACLU attorney Rita Bettis made clear that one of its recent ‘ag-gag’ cases which challenge laws that criminalize undercover investigations of factory farms is not just about promoting free speech, but about preventing “animal cruelty, unsafe food safety practices, environmental hazards, and inhumane working conditions.”

To be clear, this trend is not entirely new. Legendary human rights activists like Angela Davis, Cesar Chávez  and Dick Gregory have championed animal rights for decades, and prominent progressive law professors—including Cass Sunstein, Martha Nussbaum, Laurence Tribe, Michael Dorf, Kristin Stilt and Sherry Colb—have all been strong advocates. What is new is that major human rights organizations are taking a stance on this issue through a wave of change in their institutional policies and practices. Crucially, this isn’t just a random hodge-podge of radical organizations. The ACLU, CCR and others are widely-respected organizations in the vanguard of the human rights movement, and bellwethers for social justice advocacy as a whole.

The leadership of CHRGJ includes two high-level UN appointees and several world renowned international legal scholars; the Center for Constitutional Rights secured historic Supreme Court victories on behalf of Guantánamo detainees years before other organizations got involved; and the National Lawyers Guild was the first racially integrated national bar association. The fact that change is happening in such organizations is a strong indication of a much broader, movement-wide shift towards the embrace of animal rights.

Prominent members of other major human rights organizations are also becoming more vocal in their support. For example, Simon Cox, a Legal Officer at the Open Society Foundations (one of the world’s largest funders of human rights advocacy and also a donor to openDemocracy), wrote in a recent email that “the idea of human rights is grounded in the notion that sentient creatures deserve respect and that harms to them should only be permitted when justified.”

William F. “Bill” Schultz, former executive director Amnesty International USA and Senior Fellow at Harvard’s Carr Center for Human Rights Policy, argues that animals deserve at least some legal rights. In October of 2017, he told me about an illuminating recent conversation about animal rights with his fellow board members in a leading US human rights organization:

“I say, ‘Screw ‘em,’” bellowed one board member. “Torture, genocide, people—they’re all more important.”  And maybe they are. But all the other board members were sympathetic to the notion of rights for animals, knowing that it behooves human rights activists to extend their circle of care and concern to complex creatures outside the narrow confines of convention. He went on to quote the anthropologist Loren Eiseley: “I love forms beyond my own and regret the borders between us.” The extension of rights to animals, he added, is one way to diminish that distance.

In fact, that distance is already diminishing, and quickly. I’m grateful to all the human rights organizations and advocates that are taking serious steps to fight the arbitrary discrimination that denies our moral and legal obligations to non-human animals. Thank you for showing me that our commitment to liberty and justice for all really does mean something for all victims of injustice, brutality, and discrimination—human and non-human alike.

* Jay Shooster is an animal rights lawyer and a former Masiyiwa-Bernstein fellow with the Center for Human Rights and Global Justice at NYU Law. Follow him on Twitter @JayShooster.

By heiney [CC BY 2.0 (https://creativecommons.org/licenses/by/2.0)], via Wikimedia Commons