Kobane, three years after the liberation 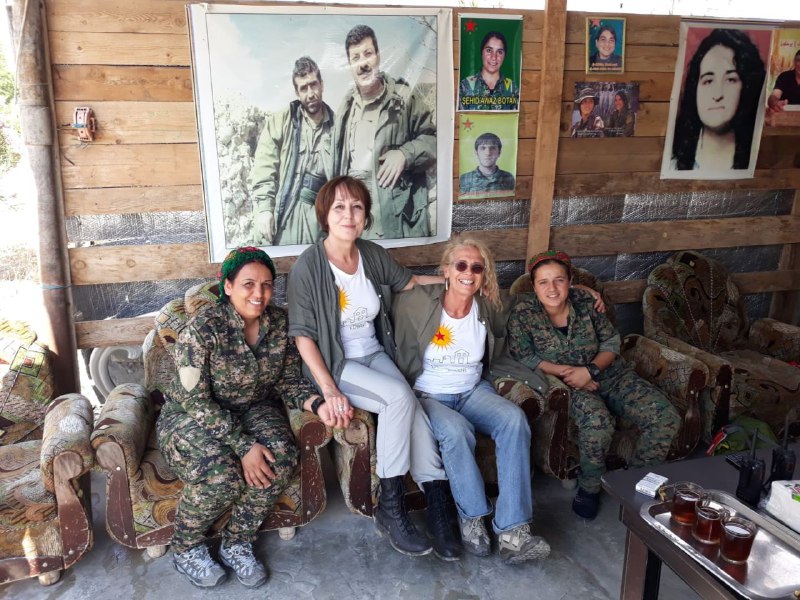 Patrizia Fiocchetti, writer and journalist, who has worked for over twenty years with political refugees and is now involved in several solidarity projects carried out also in Rojava, was in Kobane to the opening of the Women’s Academy realised with the international support.

A coming back, really, as Fiocchetti was in Kobane just after its liberation from DAESH, in January 2015.

How did the idea of the Women’s Academy came about?

The idea actually came during our previous visit to Kobane, in 2015, a month after the city had been freed from DAESH by the YPG and YPJ (People and Women’s Defense Units).

We talked with women here and the idea was that of a space to answer the need to discussion, meeting, sharing experiences, realities, ideas among women.

Of course the role of women in the liberation of Kobane and more in general in the same women’s liberation struggle is of transcendental importance. To there was a need for a space where also women from other countries, especially Western countries, could come and get to know the experience of the women in Rojava.

There was a need for us, women from Western countries to learn about the experience of the women here in the military field but also in the field of their own empowering and liberation.

You said it, the experience of women in Rojava is something which transcended the borders of Northern Syria. What was inspiring for you, also considering your own experience in Iran, with a freedom movement resisting the Khomeini regime.

Indeed, the experience of women in Rojava is absolutely crucial for us feminist women in Western countries. And also for me, who as you said, have lived a specific experience, it was important to see how our thoughts in terms of women’s liberation and struggle for equal rights has been completely overcome, totally transcended by these resisting women, here in the Middle East.

We need to take this example and this experience. It is an inspiration especially for the women in Europe: we are, indeed, going back to struggle for the defence or rights we thought settled and untouchable.

How did you find Kobane three years after its liberation by its own men and women.

I was really surprised to see the city almost completely rebuilt. My memory was of total silence, and destruction everywhere. But this time, we have found the city full of shops, lively, crowded, noisy and this that we were caught in the last days of Ramadan, so most shops were closed.

I think you can really see the level of participation from below, from the grassroots. It is clear and important even in this reconstruction phase which is not over.

The role of women is not only visible, but crucial not only in rebuilding the city in terms of its infrastructures, but also in terms of rebuilding the city’ social fabric. Women maintain their role as protagonist, at all level, we saw this in the municipality as well as in the military field, and in the social and education field. Of course, this is a city which cannot lower the guard as threats from neighbouring countries are always there.