//
séamas carraher, global rights
/
ON A DAY THIS WEEK 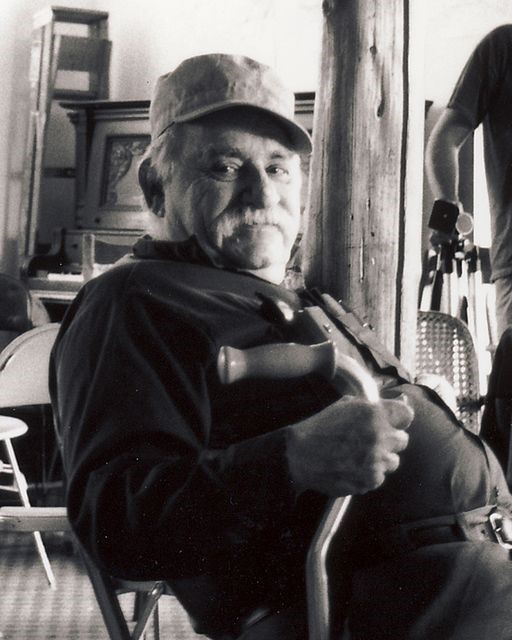 Published originally by the anarchist group Anarchos, as a pamphlet for the Students for a Democratic Society (SDS) conference in 1969 – (“The Anarchos group set up a literature table with copies of “Listen, Marxist!” and “The Radical Decentralist Project.” By the end of the first day, all copies were gone.” Janet Biehl writing of Listen Marxist!) – it would later be published by Black Rose Books in Post Scarcity Anarchism, its success giving Bookchin the opportunity to hopefully “…guide these angry, idealistic young people to form a movement, not to try to seize power, in Marxist fashion, but to demand the dissolution of power—and to transform society in a nonhierarchical, democratic, ecological way.” Janet Biehl says, in her “Ecology or Catastrophe: The Life of Murray Bookchin.”

“Post-scarcity Anarchism, when it appeared in 1971, hit the New Left and the counterculture like a thunderclap. Its several essays dismissed the stereotype of anarchism as mere bomb-throwing and redefined it into a socially and ethically constructive alternative. It thereby offered a way for young radicals, disillusioned by Marxism-Leninism, to step over the debris of the imploded New Left and move forward. Onetime SDS leader Todd Gitlin praised it as “the closest thing I’ve seen to a vision both practical and transcendent. Anyone who wants to make revolution in this country should read it and reckon with it.”

Murray Bookchin’s long career as a force for revolutionary change in the U.S. limits any short or simplistic summary and I suggest you read Janet Biehl’s 2017 biography of  a man she was close to and worked with for the last 20 years of his life – ‘Ecology or Catastrophe – The Life of Murray Bookchin’ – to get a sense of his long life and work and, more importantly, his integrity in grappling with complex issues of the relationship between revolutionary social praxis and the philosophical theory that is its dialectical foundation.

Born on January 14, 1921 in an impoverished Bronx to immigrant parents from southern Russia, he joined the communist Young Pioneers as a teenager, influenced by his social revolutionary grandmother, travelling a long journey from communist to Trotskyist to anarchist and libertarian socialist, before recognising that it was time to revisit the whole foundation of 20th (and 19th) century revolutionary theory. To this end by 1998 he had also separated himself from anarchism, and set out to define what he meant by «communalism» and develop his theory of social ecology and what they might mean for a revolutionary transformation of society beyond the current lengthy impasse.

In his obituary in the Guardian in 2006 Mike Smalls says:

“The American political philosopher and activist Murray Bookchin, who has died of complications of a malfunctioning aortic valve aged 85, was a theorist of the anti-globalisation movement before its time, an ecological visionary, an advocate of direct action and a polemicist. ‘Capitalism is a social cancer,’ he argued. ‘It is the disease of society.’

The author of more than 20 books, Bookchin published his article The Problem of Chemicals in Food in 1952, under the pseudonym Lewis Herber. A decade later, again as Herber, he wrote Our Synthetic Environment; he called for a decentralised society, alternative energy and wrote prophetically about pesticides, cancer and obesity. The book preceded Rachel Carson’s Silent Spring by nearly six months. His writing in 1964 anticipated the greenhouse effect.

His magnum opus was The Ecology of Freedom (1982). ‘The domination of nature by man stems from the very real domination of human by human,» he wrote. ‘The long-term solution to the ecological crises is a fundamental shift in how we organise society, a new politics based on face-to-face democracy, neighbourhood assemblies and ‘the dissolution of hierarchy’’.»

Murray Bookchin has become particularly relevant in the current period largely because of the ongoing struggle of the Kurdish people, no longer, in the mainstream, fighting for an independent Kurdistan but for a more revolutionary transformation of society, described by the imprisoned theorist of the Kurdistan Workers Party (PKK) Abdullah Ocalan in his ‘Democratic Confederalism’, based largely on Bookchin’s theory for a democratic (participatory), decentralized, non-hierarchical and non-authoritarian way of living socially.

“Bookchin used to say that the best anarchists are the ones who were formerly Marxists.  They knew how to think, he said, how to draw out the logic of ideas. And they understood dialectics.  He would surely have recognized this ability in Öcalan, had they met. Both men shared a dialectical cast of mind, inherited from their common Marxist past. Not that they were dialectical materialists—both understood that that Marxist concept was inadequate, because historical causation is multiple, not just economic.  But both remained dialectical: in love with history’s developmental processes.

…Both men were prone to think in terms of historical development.  Indeed, they wrote sweeping historical accounts of civilization, more than once, several times, parsing the dialectics of domination and resistance, of states and tyrannies countered by struggles for freedom.  Unlike Marxists, they didn’t use dialectics to predict some inevitable future revolt—they knew it could not predict.  Instead, they used it to raise possibilities, to identify potentialities, to establish the historical foundations for what they thought should be the next political step.  They used it, consciously or not, for ethics—to derive, from what has happened in the past, what ought to come next.

…Finally, Öcalan embraced social ecology. “The issue of social ecology begins with civilization,” he wrote in 2004, because “the roots of civilization” are where we find also “the beginnings of the destruction of the natural environment.”  Natural society was in a sense ecological society.  The same forces that destroy society from within also cut the meaningful link to nature.  Capitalism, he says, is anti-ecological, and we need a specifically ethical revolt against it, “a conscious ethic effort,” a “new social ethics that is in harmony with traditional values.”  The liberation of women is fundamental.  And he called for a “democratic-ecological society,” by which he meant “a moral-based system that involves sustainable dialectical relations with nature, … where common welfare is achieved by means of direct democracy.

How did it all apply to the Kurdish question?  Once again, he emphasizes that achieving Kurdish freedom means achieving freedom for everyone.  “Any solution will have to include options not only valid for the Kurdish people but for all people. That is, I am approaching these problems based on one humanism, one humanity, one nature and one universe.

But now, instead of through the democratic republic, it is to be achieved through assembly democracy.”

“In March 2005, Öcalan issued a Declaration of Democratic Confederalism in Kurdistan. It called for “a grass-roots democracy … based on the democratic communal structure of natural society.” It “will establish village, towns and city assemblies and their delegates will be entrusted with the real decision-making, which in effect means that the people and the community will decide.”  Öcalan’s democratic confederalism preserves his brilliant move of linking the liberation of Kurds to the liberation of humanity. It affirms individual rights and freedom of expression for everyone, regardless of religious, ethnic, and class differences.  It “promotes an ecological model of society” and supports women’s liberation. He urged this program upon his people:  “I am calling upon all sectors of society, in particular all women and the youth, to set up their own democratic organisations and to govern themselves.”

When I visited Diyarbakir in the fall of 2011, I discovered that Kurds in southeastern Anatolia were indeed putting this program into practice..” ( Janet Biehl and also in Audio)

Thus the struggle currently being betrayed in Rojava – the Democratic Federation of Northern Syria right now, or being violently repressed in south east Turkey / Northern Kurdistan, as well as ongoing in Iran and Iraq, with its strong emphasis on local democracy as well as women’s liberation, has made Murray Bookchin an important contemporary figure.

Likewise the almost total current impoverishment of most other ways of thinking about social transformation as a result of both the successes and failures of the 20th century has left few doors open for the many who seek to address the current crisis facing humankind.

It is to this desperation that the work of Murray Bookchin may well speak.

With this in mind, via On A Day This Week, we are happy to be able to draw attention – on this day, July 30 – to the work Murray Bookchin contributed to our ongoing struggle for justice, (participatory) democracy and equality for all. As well as for the sustainability of all life on this small planet, starting to appear increasingly precarious

As for the writing of ‘Listen Marxist!’ in 1969, Janet Biehl writes:

“The RYM and PL would wage their own climactic battle for the soul of SDS at its Ninth Annual Convention, to start on June 18, 1969, at the Chicago Coliseum. In advance, Bookchin wrote a long essay called “Listen, Marxist!” in an effort to break the Marxist-Leninist spell that had such a powerful hold on both factions. “All the old crap of the thirties is coming back again,” he began with confidence born of experience. Marxism, with its fantasies of proletarian dictatorship, belonged to the past, he continued, and good riddance. Its cadres and vanguards had done nothing more than seek power for themselves, then maintain it at any cost. During the revolutionary ferment of 1917 in Russia, workers had organized themselves into relatively democratic factory councils, called soviets, which the Bolsheviks had pretended to favor and thereby won the support of the workers. That support had been their stepping-stones to power. But once in charge of Russia, they had suppressed dissent and transformed the soviets into instruments for top-down rule. Marxist-Leninist organizations behaved the same way everywhere, Bookchin argued: they sought above all to build their own organization and to gain power…”  (‘Ecology or Catastrophe – the Life of Murray Bookchin’)

Murray Bookchin (from Anarchism, Marxism, And The Future Of The Left: Interviews and essays 1993 – 1998):

“What compels me to fight this society is, of course, outrage over injustice, a love of freedom, and a feeling of responsibility for perpetuating and enlarging the human spirit – its beauty, creativity, and latent capacity to improve the world. I do not care to come to terms with an irrational society that corrodes all that is valuable in humanity, that eats away at all that is beautiful and noble in the human experience.

Capitalism devours us. At the molecular level of everyday life, it changes us for the worse, and it compels people to make extremely unsavoury rationalisations for why they believe things they know – or at least they once knew – are false and for doing things that are trivialising and dehumanising.

When we struggle against capitalism, we are really struggling against our own dehumanisation, and once we become fully cognisant of that, then the danger of surrender to the system reinforces our resistance. As revolutionaries, we are fighting not only for a better society but for our very humanity”

Janet Biehl – Bookchin, Öcalan, and the Dialectics of Democracy – Hamburg 2012

Bookchin on the New Left:

“In this wide-ranging interview, Murray Bookchin discusses the New Left in its cultural, social and political dimensions.  He recollects about what he saw and experienced, particularly in the Lower East Side of New York City in the 1950s and ’60s, including his own involvement in the anti-nuclear and Civil Rights movements.” 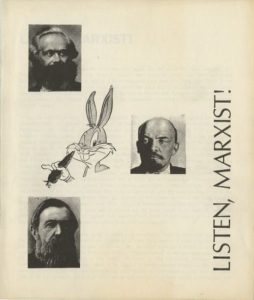