Home > Magazine > Works&Capitals > Where next for the NEW ECONOMY MOVEMENT?

Where next for the NEW ECONOMY MOVEMENT?

It’s not enough to create niche alternatives; we have to transform the architecture of the economic system 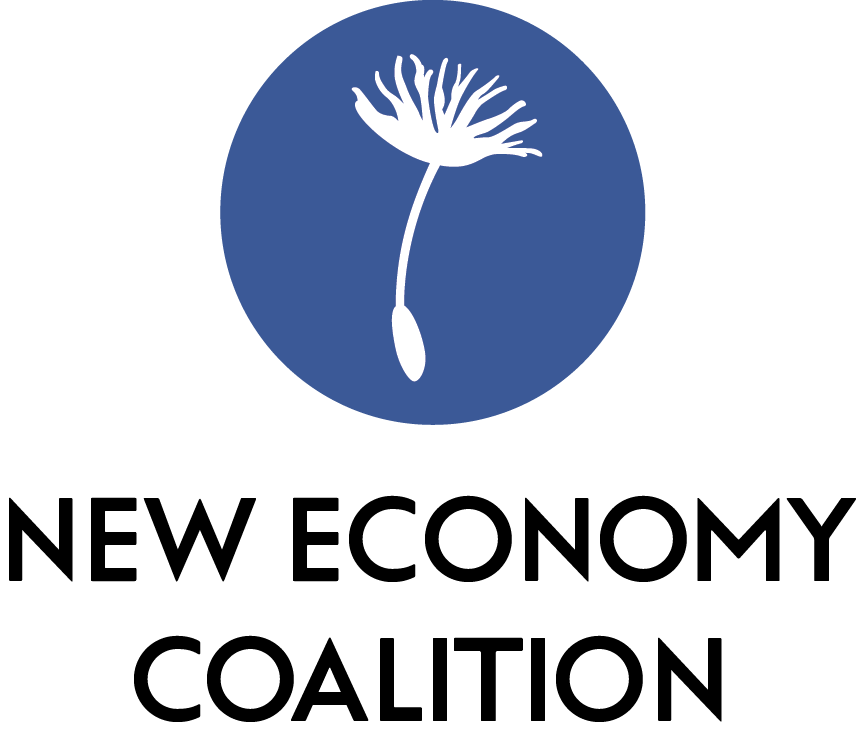 In late May of 2018, the Buffalo city council agreed to a strategic plan that gives residents on Buffalo’s East Side a meaningful voice in how their neighborhood will be developed. The council transferred up to 20 vacant lots to the Fruit Belt Community Land Trust, a nonprofit that will manage the property and keep housing prices affordable for those who need it most. They also agreed to give nearby homeowners the option to buy other vacant parcels.

This victory was the result of years of community organizing by local residents who were determined to take action in the face of the gentrification of their neighborhood. The long-term goal is “development without displacement,” attracting new jobs and building new housing but not at the expense of the existing residents who call the Fruit Belt home.

The Fruit Belt Community Land Trust is just one of thousands of stories of people who are organizing to build what many call “economic alternatives.” But lots of people working on these “alternatives” in the US “new economy movement” reject that framing because they aren’t interested in staying in the margins. Instead, their goal is to transform the system, not create a niche alternative for a small number of people. The new economy wants to be the economy, but how?

Modern capitalism is resilient, and it has proven effective at incorporating revolutionary efforts into its logic. For example, the fair trade movement started with grand aspirations to radically transform the nature of global trade. Despite fair trade’s decades of tremendous growth and meaningful impact for several hundred thousand farmers and tens of thousands of artisans, global trade remains uneven and unfair. Nations with the most economic and military might set the rules of engagement, while producers and farmers in poorer nations have little leverage to fight back.

Meanwhile you can find fair trade products in just about every grocery store in America. Modern capitalism absorbs these trends by passing on the cost to consumers as more expensive options in a sea of products. Chocolate bars with cacao organically farmed by cooperative worker-owner farmers earning a living wage? They cost five dollars at Whole Foods (which is to say, Amazon who own the chain). Chocolate bars produced using child labor, with palm oil harvested through the destruction of rainforest habitat? They can be bought for a dollar fifty by a gas station attendant working three minimum wage jobs to support her family.

The fair trade story demonstrates that going mainstream is not enough. We have to build enough power to change the fundamental architecture of the economic system. Folks in the new economy movement use this principle of system change as a lens to evaluate potential strategies and policies. Take universal basic income (UBI)—a policy in which every person receives a monthly check from their government large enough to cover their basic needs. Although it’s an idea that can be traced back to the 16th century, UBI has gained traction in the past few years as societies consider the impact of advanced automation, a.k.a. robots taking our jobs.

Supporters argue that UBI is needed to ensure that the masses have enough money to afford a middle-class lifestyle and businesses have enough customers to buy their products. In a future where it’s cheaper to automate most jobs than hire a human being, the UBI is held up as a solution. It’s fascinating that this position is being debated on the left, right, and in-between.

Conservative economist Milton Friedman argued for a version of UBI through a negative income tax as a replacement for state welfare. Mark Zuckerberg included it in his commencement speech at Harvard. Andrew Yang, a democratic candidate for president in 2020, has placed UBI at the center of his platform. “I’m a capitalist,” he told the New York Times, “and I believe that universal basic income is necessary for capitalism to continue.”

However, the point is not to save capitalism but to usher in a new system that values the dignity of all human beings, no matter their income. Yes, automation is replacing many human jobs. It’s actually been happening for quite some time. The stakes just seem higher now because the social safety net has been decimated by years of disinvestment and the scarcity of good union jobs.

The problem isn’t actually automation, it’s about who owns and controls technology. As many of UBI’s supporters on the left ask, what if the gains from technology weren’t captured by a small number of capitalists but the workers themselves? Without changing the ownership and governance of the economy we risk not changing much at all, even if UBI becomes a reality.

The good news is that more and more people are thinking about exactly these questions. Six hundred of them met up in St. Louis in June 2018 for the New Economy Coalition’s CommonBound conference. This summit, which happens every two years, brought together leaders within the new economy movement (more often called the solidarity economy or the social economy outside the US) including those working on cooperatives, community land trusts, non-extractive finance, energy democracy and participatory budgeting.

The question we explored was simple: “how do we get to a new economy?” How exactly do we move forward with sophistication and seriousness to build the power necessary to take on the existing system? As Makani Themba, one of the conference’s plenary speakers put it, “It’s not just about how we build a new, parallel economy—it’s also about how we starve the beast which is the current one.”

The conservative movement provides a kind of blueprint. While it may seem like the right wing takeover of the economy happened overnight, it’s actually been a multi-decade movement involving a complex ecosystem of groups and strategies. For example, the conservative overhaul of the Supreme Court (continuing just this week with Trump’s nomination of Judge Brett M. Kavanaugh) is something that organized groups have been plotting since the 1980s. What will it take to advance a justice and liberation agenda with the same vigor and long-term planning?

Many activists and community organizations are considering that question through networks like the New Economy Coalition, a network of more than 200 organizations in the US. At national and cross-sectoral conferences and within and across communities, groups are developing shared strategies because they know that no one organization is capable of ushering in a new economic system. It will require a much greater scale of coordination than we’ve previously achieved, taking new and bigger risks and contesting power in arenas we’ve tended to shy away from.

Take policy for example. What would a new economy policy platform look like? We’ve already started work on this challenge, informed in part by recent efforts like the Movement for Black Lives platform released in 2016. At the municipal-level, we’ve seen a number of significant developments in recent years including the rapid growth of participatory budgeting experiments across the US, and cities like New York which are investing millions of public dollars into the expansion of community land trusts.

Nationally, there has been some positive momentum despite the adverse political conditions. In June 2018 a bill supporting worker ownership passed in the US Senate. This legislation will provide financial vehicles and significant incentives to help small businesses transition to employee-owned companies or cooperatives. A companion bill passed the US House in May and is expected to be signed into law soon.

These policy victories could be a sign of the mass appeal of new economy values and ideas. That certainly seems to be the case in parts of UK politics, where the Labour party has adopted policies and narratives about democratizing the economy in their national party platform. This development was inspired in part by the success of the “Preston model”—an economic development framework which gives priority to building an ecosystem of institutions that work together to build and circulate wealth within the community. This model (named after the city of Preston where it’s been tested since around 2013) was itself inspired by a US experiment, the Evergreen Cooperatives in Cleveland, Ohio, a network of worker cooperatives financed and supported by anchor institutions like hospitals and schools in the community.

It remains to be seen whether the Preston model and its introduction in the Labour party platform will transform the UK’s economy at the scale many activists hope. Perhaps the same can be said about what’s happening in Buffalo and many other places in the USA. At CommonBound, Preston and Buffalo came together in a workshop about building bottom-up power to change the economic system. Hearing these and so many other stories, it’s hard to deny that momentum is building around the ideas and values of a new economy. Backed by grassroots organizing, this constitutes a legitimate cause for hope.

Eli Feghali is the Communications Director of the New Economy Coalition (NEC) and Co-Editor of Beautiful Solutions.

The New Economy Coalition (NEC) is a network of organizations imagining and building a future where people, communities, and ecosystems thrive. Together, we are creating deep change in our economy and politics—placing power in the hands of people and uprooting legacies of harm—so that a fundamentally new system can take root. New Economy Coalition

The New Economy Coalition (NEC) is an American nonprofit organization based in Boston, Massachusetts, formerly known as the New Economics Institute. It is a network of over 200 organizations based in the US and Canada working for «a future where people, communities, and ecosystems thrive…where capital (wealth and the means of creating it) is a tool of the people, not the other way around.[1]» as part of what it describes as the New Economy movement.  Wikipedia

Logo of the New Economy Coalition