Following the execution of 3 Kurdish activists by Iran on Saturday 8th, here is Human Rights Watch’s August 10 look at the regime’s increasing dependence on the death penalty to address issues within Iranian society 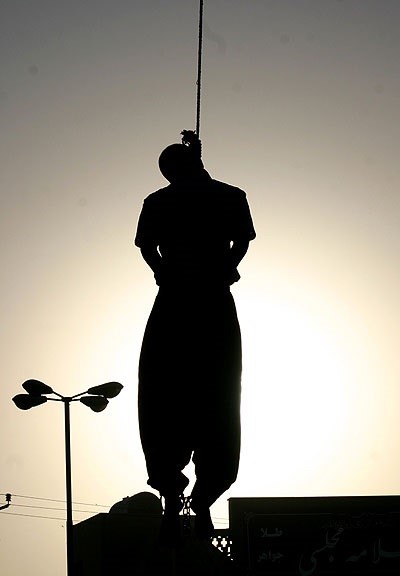 Implementing the Death Penalty is Wrong Response to Economic Crisis

Iran’s senior officials are attempting to head off a looming economic crisis – triggered by the return of US sanctions – with threats of new rights-abusing policies.

Tehran’s prosecutor, Jafari Dolatabadi, on Wednesday warned that importers who abuse government subsidies could be charged with “corruption on earth,” which carries a possible death sentence.

After the US withdrawal from the nuclear agreement with Iran, the economy is in dire straits. According to Bloomberg Businessweek, the Iranian rial has lost 70 percent of its value since May. Possible massive corruption will not help protect people’s economic rights. Amidst these deteriorating economic conditions, Iranians have sporadically protested economic conditions, government corruption, and lack of social and political rights since late December 2017.

While Iranian officials have called on the judiciary to prosecute economic crimes, the threat of applying the death penalty is very alarming. Iran is notorious for executing people for crimes that do not meet the basic international standard of limiting capital punishment to the most serious offenses. According to Amnesty International, in 2017 alone, Iran executed at least 507 people, including those who were convicted for crimes they committed as children.

Iran has also executed several people on vague fraud charges with little transparency or due process. In 2014, authorities executed Mahafarid Amir Khosravi, a billionaire businessman at the heart of a US$2.6 billion state banking scam in Iran, without even informing his lawyer. Today, Babak Zanjani, a businessman, is on death row on charges of withholding billions in oil revenue channeled through his companies as part of Iran’s efforts to evade sanctions.

The Iranian economy became increasingly non-transparent while it was under heavy international sanctions between 2010 and 2013. Today, officials increasingly talk about the need to combat corruption at every level. Yet to do so requires an independent judiciary that ensures due process rights for all those accused.

The judiciary’s long record of violating detainees’ rights and wanton application of the death penalty raises grave concerns. Executions, an inhumane and inherently irreversible punishment, are never the answer, and in this case can only distract from other causes of this economic turmoil.

Public execution for a convicted of bank robbery – 21 June 2006

By Ali Mohammadi [CC BY 4.0  (https://creativecommons.org/licenses/by/4.0)], via Wikimedia Commons