How are we doing on a ‘Green New Deal’?

As the IPCC publishes its new report on global warming of 1.5 degrees, we need a political and economic stock-take. 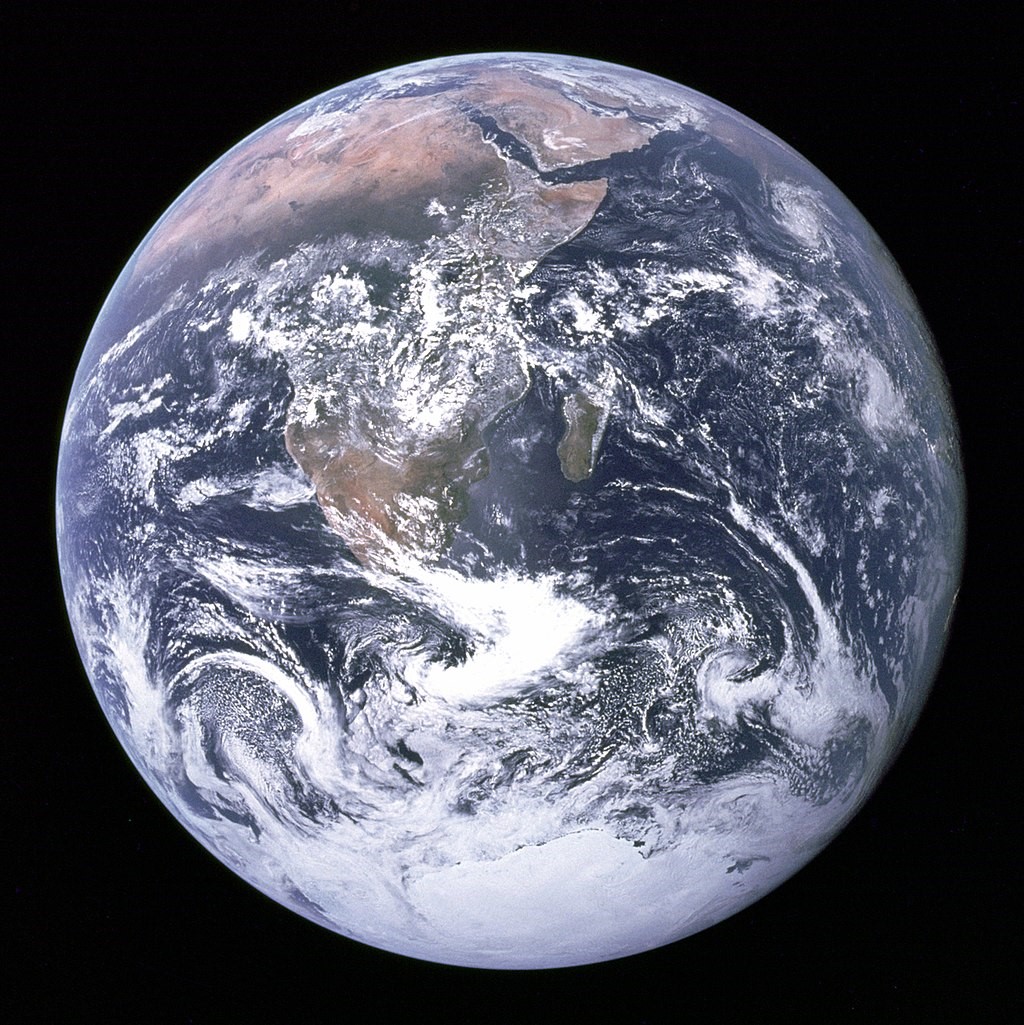 Nearly three years on from the Paris Agreement to hold global average temperatures to well under two degrees above pre-industrial levels it’s time for a political and economic stock-take. Is the massive mobilisation of human and financial resources needed to cap global warming finally underway, and can coordinated capitalism save us? A recent paper by a group of Finnish scientists written for the UN’s Global Sustainable Development Report calls this claim into question.

The publication of today’s  Intergovernmental Panel on Climate Change (IPCC) Special Report into Global Warming of 1.5ºC is unlikely to yield many surprises, but that doesn’t make its message any less urgent. After plateauing for three years, global CO2 emissions from fossil fuels hit a new record in 2017, climbing by 1.4 per cent. 2017 also went down as the hottest year on record without an El Niño weather event.

Based on previous IPCC data, CarbonBrief estimates that there are under seven years of current emissions budgets left to have even a 50 per cent chance of remaining below the 1.5-degree limit. That means that the world would blow its total GHG emissions allowance in less than seven additional years if net-emissions continue at today’s level. The global ‘Green New Deal’ was supposed to meet these challenges, so what happened?

Last year, worldwide clean energy investment rose by three per cent according to Bloomberg New Energy Finance, taking cumulative investment since 2010 to $2.5 trillion. But this masks a 26 per cent year-on-year fall in investment in Europe and a 20 per cent decline in India – leaving the heavy lifting to China, whose nearly 60 per cent growth in installation is impressive but may now be hampered by recent decisions in Beijing to reduce feed-in tariffs and limit subsidies for new solar generation. Renewable energy supplies face an uphill battle as energy efficiency efforts stall and global energy demand rises.

Figures on total green investment are hard to compile, but some of the most comprehensive come from the Climate Policy Initiative (CPI). The CPI found total investment peaking in 2015 at $437 billion, then falling to $388 billion in 2016, overwhelmingly driven by private sector investment in wind and solar energy (which partly explains the fall since generation costs from solar PV, for example, are falling at an average rate of 17% per year). But total green investment is still overshadowed by overall investment in fossil fuel projects ($800 billion in 2016) and the CPI acknowledge that – despite the positives – “climate finance remains far below estimates of what is needed.”

In terms of the flow of multilateral climate funds from developed to developing countries – the target for which was set in 2009 at $100 billion per year by 2020 – the principle vehicle (the Green Climate Fund) is under severe pressure at the moment. It has only committed around $3.5 billion to 74 projects in the last three years.

How much investment would be needed for a genuine Green New Deal? Estimates vary. In 2013, the World Economic Forum suggested an annual investment need of around $5.7 trillion from 2010 to 2030 to keep global infrastructure in-line with a 2-degree climate target, with the ‘green’ portion needing to be around $700 billion per year.

Meanwhile, The Global Commission on the Economy and Climate calculated a higher annual investment requirement of around $6 trillion for the same period but with a much lower “green increment” of $270 billion for a 2-degree target. A 1.5-degree target would require three times as much, as a 2017 paper from the Global Climate Forum points out.

Whatever the exact figures, the fundamentals are concerning. Emissions are still rising, energy demand is still rising, green investment is stalling and fossil fuel investment and subsidies continue. Time is running out. So how are policymakers responding?

The effort to finalise the Paris Agreement “rulebook” before 2020 is being hampered by arguments about money. The European Union has announced an “Action Plan” for Sustainable Finance with a timetable to come up with a “taxonomy” for green bonds in the next couple of years. When the “High-Level Group on Sustainable Finance” issued its report in January 2018, the European Commission appointed a “technical expert group” to work on a policy roadmap. It has suggested ringfencing around 25 per cent of its next long-term budget for climate action, but has not ruled-out using some of that budget for high-emissions infrastructure like gas pipelines (unhelpful when countering, for example, OPEC narratives of an oil boom in the future).

Meanwhile, Mark Carney and Michael Bloomberg’s Taskforce for Climate-Related Financial Disclosures (TCFD) is working off a five-year timetable towards achieving “broad understanding of the concentration of carbon-related assets in the financial system and the financial system’s exposure to climate-related risk. In a status report published in September 2018, the TCFD noted that “Climate-related disclosures are still in early stages and further work is still needed for disclosures to contain more decision-useful climate-related information.”

One fears that global institutions will, rather like Balzac’s Frenhofer, produce a masterpiece just at the moment that emissions breach the 1.5-degree budget, setting off the feedback loops to destroy trillions of dollars’ worth of assets. Or perhaps the resistance will be too strong. A leaked memo attributed to BusinessEurope on how to respond to the EU’s plans for more ambitious emissions targets captures the moment completely: “[the response] should be rather positive, as long as it remains a political statement with no implications.”

So, can regulated markets save us? The evidence is mixed. States must do more to help boost and sustain investment (especially in less mature technologies than wind and solar PV), but technical groups and taxonomies won’t do this alone. Higher carbon prices will certainly help.

However, if we are going to deliver a global Green New Deal we need to consider even more radical policies like ‘Green Quantitative Easing’ (QE), combined with legally-binding timetables for fossil fuel phase-outs (the Europe Beyond Coal campaign tracks phase-outs for coal power), and significant behaviour change.

We know that meat-rich diets (and the factory farming that supplies them), single-use plastics and single-occupancy vehicles are very carbon-intensive. So we should be moving to tax (or price) their carbon content more appropriately and fund better public transport and recycling and re-use infrastructure to enable people to avoid the worst-offending products. The question of meat-eating is obviously cultural and will require civil society pressure. A meat tax may be too far, but we should not rule it out.

On Green QE, the main idea is that a central bank would create an amount of money for the purchase of ‘green bonds’ issued by organisations to finance investment that helps us achieve our climate targets. These could include sovereign green bonds issued by governments and bought in the secondary market. The aim of classic QE is to reduce long-term interest rates, and a programme of Green QE could also do this while creating real economic value by stimulating the issuance of green bonds and reducing risks for conventional investors (especially in large-scale projects).

The Bank of England has already created £435 billion for bond buying since 2009, while the European Central Bank has created nearly €2.5 trillion since 2014. Unfortunately, there is evidence that a lot of this bond buying has served high-carbon interests. Furthermore, as is well known, while classic QE may have had the desired effect of reducing long-term interest rates, the flip side has been inflated asset prices and, therefore, growing wealth inequality. A programme of Green QE would aim to channel money into non-financial growth sectors (rather than just property markets or stock markets), and so could create a more widely shared ‘wealth effect’ at the same time as tackling climate change.

A still more radical option would be ‘Green Overt Monetary Finance’ (OMF), whereby a central bank would buy zero-interest, perpetual government bonds in the primary market in order to fund direct government spending on low carbon projects. This is currently prohibited by the Treaty of Lisbon, although a number of financial experts like Adair Turner have championed it (albeit not for climate-related reasons).

The biggest risk of OMF is that it would spiral out of control, thus fuelling hyperinflation. But in a world of sluggish growth, output gaps and ultra-low interest rates, this concern seems very distant, and at this stage we need to be weighing the risks more accurately. As the IPCC is about to illustrate, spiralling global temperatures are a much more present danger than hyperinflation. It is time for more radicalism and a real Green New Deal.

* Edward Robinson, October 2018 – Edward Robinson is a researcher and writer based in Brussels and focused on sustainable development and EU policy. He tweets at @ejcrobinson

Source: This article was originally published in the Transformation (“where love meets social justice”)  section of the independent online magazine opendemocracy.net

By NASA/Apollo 17 crew; taken by either Harrison Schmitt or Ron Evans [Public domain], via Wikimedia Commons