Kobane University, a year on

The University in Kobane opened in September 2017 with 45 students. This year 120 people have already enrolled and the number is growing 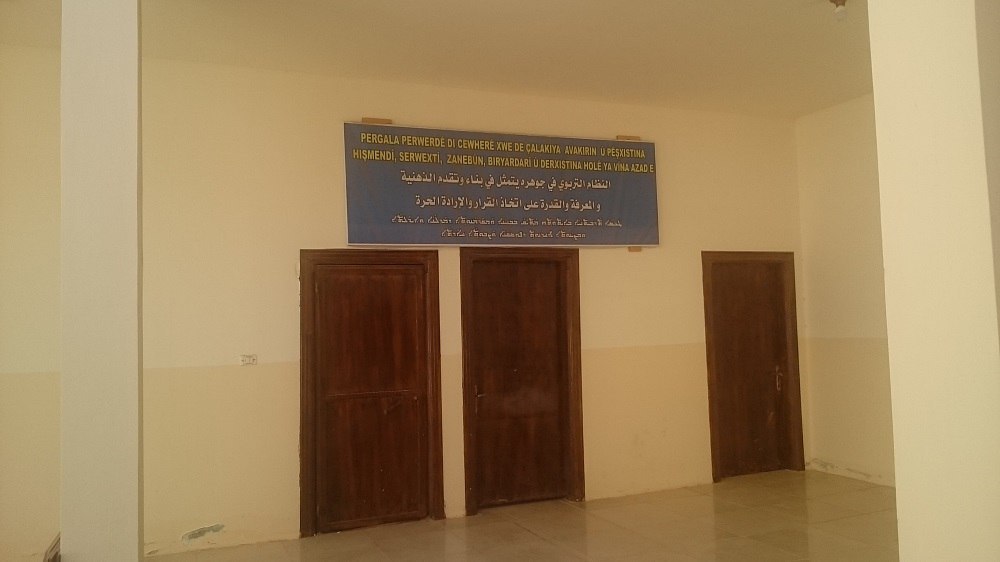 The University of Kobane opened in September 2017. The classes and laboratories are still in a provisional building, but as the director Kamal Basrawi explains “the new building which will house the university is almost completed and we believe we could move there next year”.

When it opened, the University had two faculties, science (mathematic, chemistry and physics) and arts and humanities (Kurdish literature and language). The students who enrolled in the last academic year were 45. But this year, there is a much bigger influx of students. The day we met Basrawi he is actually enrolling the new students. So far 120 people have enrolled, 90 have chosen the scientific department while 30 the humanities department.

This year there will be the opening of new departments as well: Biology for the scientific faculty and Arabic Literature for the humanities faculty. This department is in Gire Spi, but classes will be given at Kobane university.

“The region – said director Basrawi – is still under threat from many foreign powers and forces, therefore it is difficult to organise our work, yet we are doing it and we are increasing the number of teachers as well as widening the offer for our students. We are now waiting for two professors who were teaching at Afrin university and that now will be teaching here, as they were forced to flee together with tens of thousands of people following the Turkish occupation”,

The lack of teachers is actually preventing the university from opening new departments. Last year the teachers were 15 (8 of these had master degrees). This year in addition to the 15 there will be 5 new PHD and 8 master degrees. Teachers are mainly from Kobane, but, as in the case of the two professor from Afrin, they are coming from other cities as well.

The university has prepared a curriculum based on the Arabic and international curricula. “The degree courses last 4 years – said Basrawi – and each year is divided into two semesters. Our system of evaluation and examination – added the director – is different from the traditional one. In fact we prefer to evaluate students throughout the year rather than on the basis of a single final exam. Which is why there are no exams”.

The university, like all levels of education, is free and open to all students. “Our aim – said Basrawi – is to educate. Education is not a business is a tool to form citizens, to empower future citizens.

Kamal Basrawi confirmed that Kobane University has relations with some universities in South Kurdistan, but also in Ukrania, Lybia, Umraniya, Germany. “We are a new institution – said the director – but we want to have collaboration with other universities around the world. We actually attach great importance to relations with other institutions abroad, we value exchanges and we believe we have a lot to learn from other experiences”.

Being a new institution and working on a new curriculum mean that resources are still little, despite the great effort made by the Autonomous Administration. “We are starting to build up the university library and we will soon move to the new official building as we are paying rent in this one. 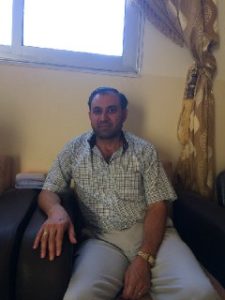