TEV-DEM International Department chair, Salih Muslim said Turkey has a difficult choice ahead as to what to do with the mercenaries terror groups it has promoted and sponsored 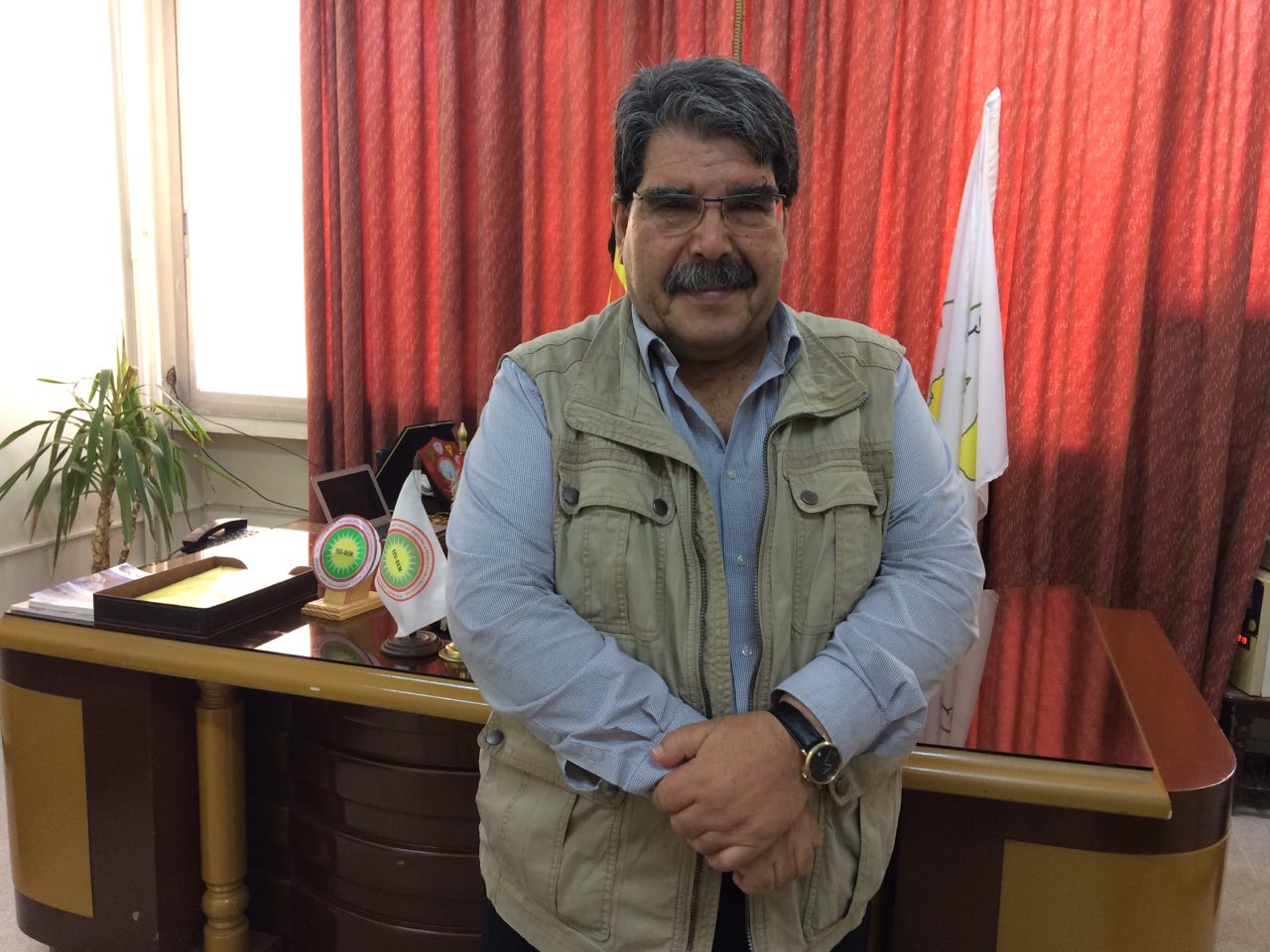 Salih Muslim, TEV-DEM foreign affairs spokesperson, spoke to ANF about Turkey’s Idlib dilemma and the need to build trust with the Syrian regime in order to begin meaningful negotiations for a solution to the conflict in Syria.

We meet Salih Muslim in his TEV-DEM office in Qamishlo. The former PYD co-chair underlined that the situation in Idlin is actually “the continuation of the Astana agreement. It is – he said – a tactical game played by Russia that all along wanted to gather all mercenary groups in one place in Syria. They actually succeeded in doing so, and that place is Idlib”.

Now, said Muslim, the problem is that “Russia meant to gather all mercenaries in one place to be able to finish them off and hand back all lands they were holding to Bashar al-Assad regime”.

Russia, succeeded “and now has put Turkey in a very complicated position – added Muslim – because now Ankara is under pressure to find a solution for all these mercenaries it has promoted and sponsored”.

We are at the final stage, said Muslim who added that “the problem Turkey is faced with is that these groups are now divided and if on one hand there are those linked to Ankara, on the other there are al-Qaeda radicals. Russia is fomenting clashes among these factions thus putting Turkey in even a more complicated situation”.

Indeed, said Muslim “Turkey is in a trap: they have sponsored both groups the so called moderate and the radical and now have to find a solution as to where to send them”.

Of course, said Muslim, Turkey “still think of Afrin as a possible solution: it would like to send the mercenaries now in Idlib to Afrin in order to complete the demographic change it has already prompted by redirecting the mercenaries and their families coming from Ghouta there”.

But of course the plan is not so easy for Turkey to execute, because, as Muslim pointed out, “the guerrillas and the same people of Afrin are not accepting the occupation and indeed are fighting back”. And this despite the brutalities they have suffered and continue to suffer.

Salih Muslim also talked of the new mission undertaken by TEV-DEM at their last congress. “Usually we have to make a revision of all steps we are taking because the conditions and situation are constantly changing”, said Muslim who added: “At the beginning there was only the PYD, which was only a political party, but then we had a system, new realities emerged, political, social, communitarian first in Rojava and we formed TEV-DEM as an answer to that”.

Then came the liberated areas, like Raqqa, Tabqa and now Deir Ez-Zor and “there was a need for a different umbrella organisation, with a different scope. So we decided to bring TEV-DEM back to its original scope, which is that of representing the various society organisation, like unions. In the meantime the Democratic Syrian Council will look after the political and negotiations side of things, complemented in this by the Syrian Democratic Forces”.

As to the talks with Assad regime, Muslim confirmed that there have been two meetings so far, but “the most urgent thing now is to build confidence and trust among the parties. Talks cannot happen in one day, or one month. It will be a long process but we have always say we are ready and we confirm that, as we believe that the solution must be found inside Syria”.