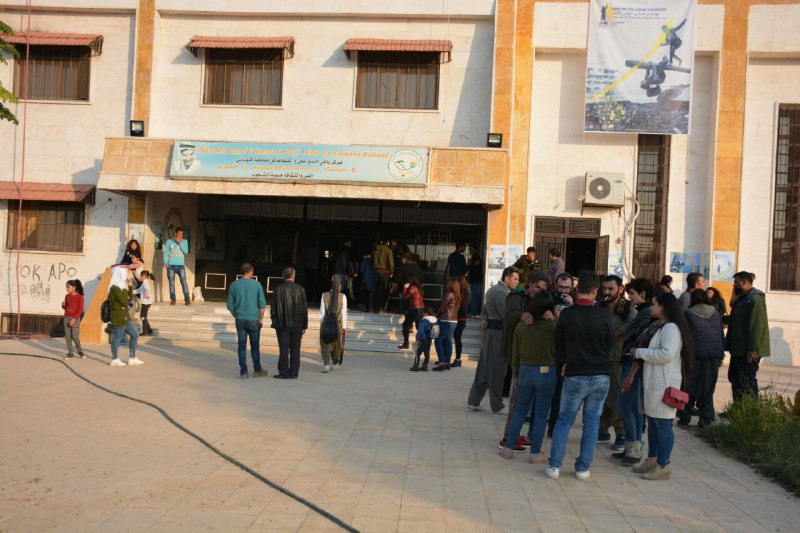 The Kobanê International Film Festival opened today in the city known all over the world for its heroic resistance and historic defeat of the DAESH mercenaries in 2015.

This edition of the festival will also have ‘extensions’ in the cities of Amudê, Serekaniye, Qamishlo and Derik.

The choice of the opening day was no coincidence: today, 58 years ago, a terrible tragedy took place.
Around 500 children, all under 14, were watching a movie in the Amudê cinema when this was engulfed by flames: 283 children were burned to death, many were wounded, scars forever on their bodies and memories.

It was a Sunday.  On 13 November 1960 the only cinema in Amûdê, was packed with small children. The population of the town did not overcome 15 thousand people at the time.

There was an important reason for the cinema to be packed with children: the director of the school had taken the children to the cinema in order to show solidarity to the Algerians who were fighting against French occupation.

The film was called “The Midnight Ghost”. It was the subject of the day for the elementary school children to watch a film on the Algerians who were abducted by the French from their homes in the middle of the night.

The doors had been closed and the children were waiting for the film to start. The fire which was alleged to have been caused by the engine sprung the curtains and the cinema soon turned into a fireball.

The children tried to run and make it to the exits but died in the fire. The doors had been locked. Fire-fighters and security forces arrived at the scene of the fire late.