Cuba’s Ministry of Public Health announced Nov. 14 that some 8,000 Cuban doctors providing health care in Brazil will be returning to Cuba. The action was in response to Brazilian president-elect Jair Bolsonaro’s harsh criticism of their presence in Brazil 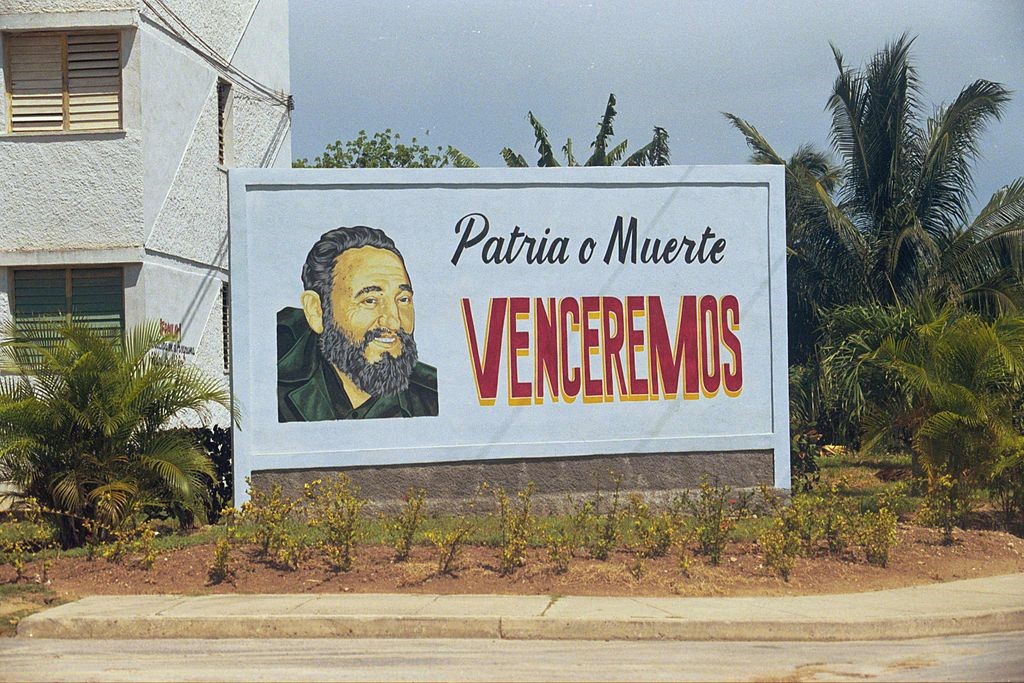 Cuba’s Ministry of Public Health announced Nov. 14 that some 8,000 Cuban doctors providing health care in Brazil will be returning to Cuba. The action was in response to Brazilian president-elect Jair Bolsonaro’s harsh criticism of their presence in Brazil. Cuba’s Ministry of Health indicates the doctors, 60 percent of them women, will have left Brazil by mid-December.

The Cuban doctors make up 80 percent of the doctors working as part of Brazil’s “More Doctors Program” initiated in August, 2013 by the Brazilian Workers Party and former President Dilma Rousseff. The Pan American Health Organization (PAHO) collaborated. The Cubans were there to serve Brazilians who lacked health care, many living in remote, rural areas. Doctors from Brazil and other countries also participate in the More Doctors Program.

Having earlier criticized the competence and training of the Cuban doctors, Bolsonaro several weeks ago indicated that as president he would require them to take licensing examinations. He also demanded that all pay for their services be delivered to them and not be sent to the Ministry of Health in Cuba. He had charged Cuban officials with not allowing the doctors’ families to live in Brazil. Now, he says, permission must be granted for entire families to go to Brazil. Bolsonaro offered permanent residence – or “asylum” – in Brazil to doctors who want to stay. Bolsonaro’s term begins on January 1, 2019.

Bolsonaro, a former military officer and apologist for torture and for Brazil’s former military dictatorship, had served in Brazil’s House of Deputies since 1991. There he had railed against the More Doctors Program. In recent remarks he likened the pay arrangements to slavery and held up exclusion of the families as signaling repression. “We don’t admit Cuban slaves into Cuba, nor can we keep on feeding the Cuban dictatorship,” Bolsonaro told reporters.

Interviewed Nov. 2, he asked, “Can we maintain diplomatic relations with a country that treats its people that way?” The U.S. National Security Council, headed by the aggressive John Bolton, congratulated Bolsonaro for “taking a stance against the Cuban regime for violating the human rights of its people, including doctors leased abroad.”

Bolsonaro had never discussed his plans with Brazil’s partners in the More Doctors Program. Evidently ratification of the original agreement by the two governments and PAHO in 2016 was meaningless.

More importantly, Bolsonaro was harming the well-being of many Brazilians, whose health care presumably will soon revert to the precarious state of years past. Over the course of five years, 20,000 Cuban doctors have been responsible for the care of 60 million Brazilians living in 3,600 municipalities; 700 of them had not previously known a physician’s care. Some 113 million individual consultations have taken place. In a survey sponsored by Brazil’s Ministry of Health, 95 percent of Brazilians attended by Cuban doctors recently expressed satisfaction with the care they received.

According to one estimate, 44 million Brazilians will be without medical care beginning in 2019. Most are poor and marginalized. Cubans doctors have worked in the poorest districts of major cities and in 34 Special Indigenous Districts, especially in Amazonia state. They care for 90 percent of indigenous people in Brazil. Some 35 percent of the Cuban doctors in Brazil work in municipalities where at least 20 percent of the people live in extreme poverty.

In ordering the doctors to return, Cuba’s Ministry of Health condemned Bolsonaro’s “direct, derogatory and threatening references to the presence of our doctors and his “disrespect to the Pan American Health Organization and to the agreement with Cuba.” And, “to question the dignity, professionalism, and altruism of Cuban collaborators who, with the support of their families, currently provide services in 67 countries [is] unacceptable.”

Besides, “In the overwhelming majority of missions completed, the expenses have been covered by the Cuban government. Likewise, in Cuba, 35,613 health professionals from 138 countries have been trained for free, as an expression of our solidarity and internationalist vocation.”

According to Cubadebate.cu, at least 70 percent of moneys received from Brazil as payment for services provided by Cuban doctors goes toward providing Cuba’s health care system with new equipment and improved facilities. The doctors, we learn, gave up potential income voluntarily. The editorial team denies that Cuba restricts doctors’ families from living in Brazil, claiming that Brazil sets the rules and that family members do visit the doctors in Brazil. And a few families live there.

Also, a 2013 law signed by President Dilma Rousseff exempted foreign doctors working in Brazil from having to sit for licensure exams. Brazil’s current government extended the law. In any case Brazil’s medical profession has arranged for only eight percent of physicians taking the exam to actually pass it.

In regard to where the money goes: Brazil sends Cuba’s Ministry of Health $800 each month as pay for the doctors’ services. If each one, as reported, receives 25 – 30 percent of that – estimates vary- she or he receives $260-$320 each month. Presumably that pay stays in Cuba for use by the doctors’ families. That’s the arrangement for Cuban doctors working elsewhere in the world. Local governments in Brazil provide the doctors with food, housing, and incidentals. Physicians working in Cuba earn slightly more than $60 per month.

This story is about generosity and solidarity, at least according to a former Brazilian health minister: “Bolsonaro doesn’t understand that a doctor doesn’t practice medicine only for money. Doctors working in areas of great poverty don’t think solely about money.” That’s true with Cuban doctors. Over the course of 55 years, they’ve carried out 600,000 individual medical missions to 164 nations where 400,000 health workers have provided care.

“Bolsonaro, my son, when your honor says that Cuba keeps my salary, I only think of my mother, brothers, nephews, cousins, uncles, neighbors, my whole family. They are guaranteed health care without paying anything. I realize that my education as a doctor was thanks to the creation of public universities … where [everybody’s] children share the same schools without discrimination by sex, color, ideology, or wealth. That, Bolsonaro, is called equality. You don’t know about that because it doesn’t exist in a country where corruption and political privileges eat up Brazil’s wealth.”

Dr. Arnaldo Cedeño Núñez has already returned. Since 2016 he had cared for indigenous Aparai -Wayana children living in the frontier region Brazil shares with Surinam and French Guiana. Asked about his experience, he expressed his “apology to my children for not saying goodbye. I gave them my love, I taught them to dance and to sing and about our culture. My only sadness is not having been able to embrace them when I left.”

“People’s World traces its lineage to the Daily Worker newspaper, founded by communists, socialists, union members, and other activists in Chicago in 1924. On the front page of its first edition, the paper declared that “big business interests, bankers, merchant princes, landlords, and other profiteers” should fear the Daily Worker. It pledged to “raise the standards of struggle against the few who rob and plunder the many.”