Colombia’s peace agreement is in shreds

Defenseless civilians are under siege. As of October 1, 2018, 343 social leaders and human rights defenders had been assassinated over the course of 18 months 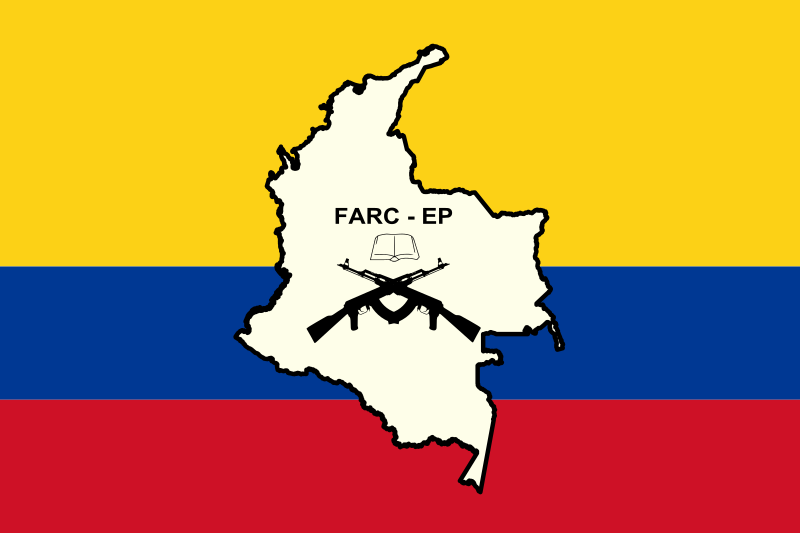 After four years of negotiations the Colombian government on Nov. 24, 2016 signed a peace agreement with guerrillas of the Revolutionary Armed Forces of Colombia (FARC). Over 50 years of civil war had ended. It took 200,000 Colombian lives and displaced seven million from their land.

One of the parties did lay down arms. Two years later implementation was otherwise nil. A campaign to undo the settlement is gaining. The peace process is on life support.

1 – Defenseless civilians are under siege. As of October 1, 2018, 343 social leaders and human rights defenders had been assassinated over the course of 18 months. Between Nov. 24, 2016 and August 20, 2018, 80 former guerrillas were assassinated. Michel Forst is the United Nations Special Rapporteur for human rights. After visiting Colombia recently, he told reporters, “It’s more horrifying than anything I have seen in my life.”

2 – The first agenda item to be negotiated was the use and control of land. Back in 1964 those concerns, and fear for their safety, motivated a group of small farmers to establish the FARC. The issue of land has been at the heart of political strife in Colombia since the time of Simon Bolívar. Now, two years after the peace agreement was signed, restitution of stolen land, formalization of land titles, and funding for land reform are effectively non-existent.

3 – The fourth item on the six-point agenda was “solution to the problem of illicit drugs.” Yet the government has refrained from providing farmers with funding and infrastructure necessary for growing legal crops. Instead, coca production and the rural narco-trafficking economy have expanded. Violent paramilitaries increasingly preside over drug-trade operations. They occupy many areas once held by the FARC.

5 – Agenda item five is about victims of the armed conflict. The agreement on that point determined that combatants on both sides would have the opportunity to confess the truth about crimes they committed. In return, they could expect either to be pardoned or in a few cases to be punished. In such instances principles of restorative justice would be applied.

Ex-combatants would submit themselves to the Special Jurisdiction for Peace (JEP) in order to confess. Having done so and having secured a pardon, they would return to civilian life. Former guerrillas could fight for their version of social justice within the setting of regular politics.

The Colombian Congress is disrupting the JEP. Spanish lawyer Enrique Santiago declared recently that “modifications [of the JEP] constitute alterations that break the Final Agreement” – hence the special emphasis here on the JEP. Santiago advised the peace negotiators during the talks. (He’s now secretary general of the Communist Party of Spain).

Santiago describes how legislation passed on July 18, 2018 creates “separate judicial treatment and procedures for the military forces” and prohibits “investigation of alleged crimes committed by members of the armed forces or agents of the State.”  As of October, the Congress is considering proposals to further reorganize the JEP. New judges would be appointed to rule on “questions relating to members of the security forces, civil servants or third parties.” These last include paramilitaries.

A revamped JEP would be unable fully to recognize confessions by ex-combatants. Their taking responsibility would no longer matter. Likelihood of a pardon thus disappears. So too does the incentive for ex-combatants to submit their case to the JEP. For Santiago, that incentive was “the heart of the justice system created in the Peace Agreement.” Under new rules, the JEP would be looking like a regular court. Mere confession before the JEP would no longer suffice as a basis for judgment.

Santiago argues that “without agreements, life in society is not possible” and “social peace is jeopardized.”  This legal principle goes back to Roman law and is validated by centuries of legal practice. Ultimately, “neither the Congress of the Republic, nor any other state institution is authorized … to violate what has been agreed to.”

Former President Álvaro Uribe and his followers are sabotaging the peace process. Their Democratic Center Party, founded by Uribe, is in power. Addressing the party’s convention in 2017, former interior minister and the party’s honorary leader Fernando Londoño indicated that “the first challenge for the Democratic Center will be that of going back and tearing apart that cursed paper called the final agreement.”

Their maneuvers hark back to how Colombian society is constructed. The Colombian state serves “this filthy and immoral bourgeoisie.” Nelson Lombrano Silva pointed that out recently on the Colombian Communist Party’s website. Dominance by that sector signals “the inexorable decadence of capitalism in a state of extreme decomposition.” “[N]arco-trafficker number 82” is in charge. Lombrano is recalling Uribe’s place on an old U.S. list of Colombian drug traffickers. He elaborates:

4 – “Gringo imperialists” dominate Colombia’s military. Their “21 bases” represent a “supreme act of treason to the country.”

5 – The country’s nominal leader is a “simple caricature” of a president. That’s Iván Duque, former banker, senator, and Uribe aide.

6 – And, “this rotten governing class takes not even the most elemental step without Uncle Sam’s approval.”

And, indeed, “the most productive chapter yet in the history of U.S.-Colombian relations” is ahead. That’s the opinion, recently expressed, of veteran U.S. foreign policy operatives Mack McLarty and John Negroponte. They mention that, “Colombia boasts a strong democracy, a vibrant economy and ever-improving prospects for peace.”

Flag of the FARC-EP, a Colombian guerrilla group.

Can the Colombia-FARC peace deal hold? | The Stream

FARC, Revolutionary Armed Forces of Colombia, Top
You may also like