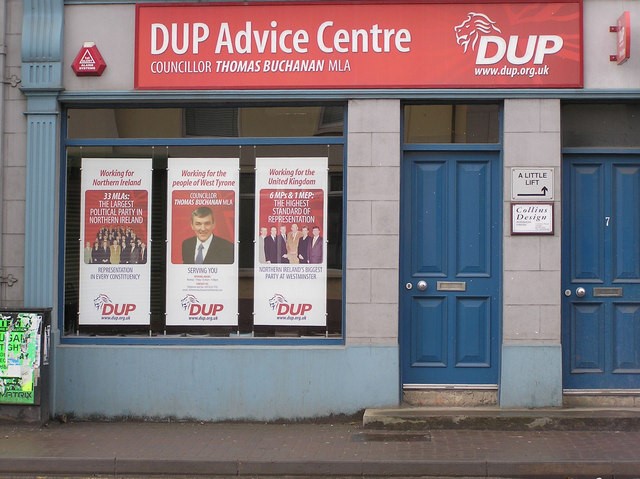 I’m a journalist. It’s my job to ask questions of powerful people. If I just wrote down their answers, without doing much to check whether they were true, and then reported them as facts, I would soon be unemployed.

Yet it appears this is what the UK Electoral Commission – the body tasked with protecting the integrity of our elections – has just done during its ‘investigation’ of a controversial, secret Brexit donation.

In April, Peter Geoghegan and I went to Belfast. We wanted to find out more about a mysterious £435,000 donation to Northern Ireland’s Democratic Unionist Party, which had bankrolled lavish pro-Brexit advertising in the final days before the knife-edge EU referendum.

The Electoral Commission is supposed to know where the money came from, and to check that the source is legal. But the donation is covered by an archaic Northern Irish secrecy law, under which they are banned from telling the public the source of the cash.

Despite this, we’d managed to find some things out. The donation was ten times more than the DUP spent on the previous Northern Irish elections – and almost none of it was spent in Northern Ireland. After pressure from our investigation, the DUP was forced to reveal that the money was funnelled to them via a secretive front group run by a Scottish Tory called Richard Cook. This was not a man who had half a million quid hiding under his mattress. So: where did the cash really come from?

When we arrived in Belfast, we’d already shown that Richard Cook set up a company in 2013 with the former head of Saudi intelligence and a man who admitted to us that he was involved in running hundreds of Kalashnikovs to a radical Hindu group in West Bengal in 1995. We’d already uncovered that Richard Cook had been fined for breaking the law over failing to disclose the source(s) of the DUP’s cash to the Electoral Commision.

While we were there, the Northern Irish Electoral Commission told us something new. They said they now knew where the money had come from, and that it was legal. This was a bucket of cold water on a story that had started to catch fire.

But there has always been a part of me that’s been a bit sceptical. What resource had the Commission really put into checking where this cash came from? Had they just asked the DUP and Cook, and believed their answers?

Shortly after our trip, BBC Spotlight in Northern Ireland broadcast their investigation into the same story. They had traced Richard Cook’s businesses to industrial scale fly-tipping in South East Asia and a bizarre deal involving hundreds of tonnes of fictional railway tracks in Ukraine. My scepticism only grew. What had the Commission actually done to check this man’s claims about where he got the cash?

This week, we got the beginnings of an answer to that question. The Good Law Centre has taken the Electoral Commission to court, arguing that they should reopen the investigation into this donation. As part of the process, the Commission has written to Jolyon Maugham QC, outlining the extent of their investigations so far, and he shared the letter with us. It is, of course, impossible to prove a negative – it’s impossible to be sure the Commission haven’t done things they don’t mention, and some of the language in their letter is vague. But let me give you some samples.

Describing their investigation of the Democratic Unionist Party, the Commission says that, on 14 September 2016:

But it was never in doubt whether the CRC was a permissible donor, nor whether Richard Cook lives where he says he does. I’ve been to his house, I know he does. The question at the heart of this story is who gave the money to the CRC, and whether they are allowed to donate to political causes.

The note does address that question too, sort of. It says that, after the CRC initially failed to declare where it had got its cash from, it did then deliver “the notifications that were due”, and that the Commission “verified that the funders of the CRC were permissible sources”.

But here’s the thing. It’s not at all clear that the Commission did anything in this process which didn’t involve asking the DUP and the CRC where this cash came from, and then believing their answer. It seems as though they simply asked the Richard Cook “who gave you this money?” and then, when they got a name, checked that the person named was on the Electoral Register.

If they used their legal status to demand evidence – bank transfers of cheque stubs, for example – then they don’t say so. The Commission has the right to request inspection warrants and require people to attend statutory interviews, where it’s a criminal offence to fail to answer questions. If they used these powers to gather the sort of proof that journalists can’t demand, then they don’t say so in their letter. And you’d have thought, given that this letter is their attempt to argue that the case shouldn’t be re-opened, that they would tell us if they had used these powers.

The letter also reveals for the first time that the person within the DUP who is said to have checked out the permissibility of the donation is their Brexit campaign manager, Jeffrey Donaldson MP. Yet, in February last year, after the Commission’s supposed investigation, Donaldson even told us that he believed (wrongly) that he didn’t need to know where the CRC got the cash.

The following month, I went to Donaldson’s office and asked him, on camera, whether he knew about Cook’s connection to the former head of Saudi intelligence – information I’d found in half an hour of looking through his business history on the Company’s House website. He admitted that he hadn’t known about that. Here’s our conversation (Link below).

I’ve now asked the Electoral Commission whether they had done anything more than asking Cook and the DUP about the donations, and then believing their answers. As ever in this case, their response was hobbled by the law which still bans them from talking about the donation. Their spokesperson said:

“In relation to donations made to the DUP, as with all our work, we have carried out our compliance and enforcement duties to the highest standards, proactively and with as much transparency as the law allows.

“We are disappointed that the law continues to restrict us from providing the public with information on donations reported to us before July 2017. Transparency is key to public confidence in the democratic process and this example further underlines the need for transparency rules to be extended to 2014.”

Of course, that’s right. In 2014, the government changed the law so that some day, information about all donations to Northern Irish parties from 2014 onwards could be published. It is Theresa May, who just happens to rely on the DUP’s votes to keep her in power, who still refuses to allow that information to come out.

Responding to these latest developments, Caroline Lucas MP has called on the Electoral Commission to “urgently reopen its investigation and use its powers to demand concrete evidence of where these significant donations came from.»

«This is about protecting the integrity of our democracy”, she added: “The Electoral Commission itself has already admitted Leave campaigners broke the law ahead of the 2016 referendum. So for them to simply take the DUP and Constitutional Research Council at their word is deeply irresponsible.”

My colleagues and I have spent two years investigating who bankrolls British politics. We have laws in this country which are supposed to make getting the answers to those questions easy. But the reality is starkly different.

The government urgently needs to give the Electoral Commission greater resourcing and powers to uphold and enforce the laws of our elections and referendums. Because without full transparency, there is no democracy.

DUP Advice Centre, Omagh. It is located at Dublin Road.

Do the DUP know where their £435,000 Brexit donation really came from?