Deniz Kaya made a statement on behalf of PKK and PAJK prisoners. He said that 16 prisoners have entered the 6th day of their indefinite hunger strike 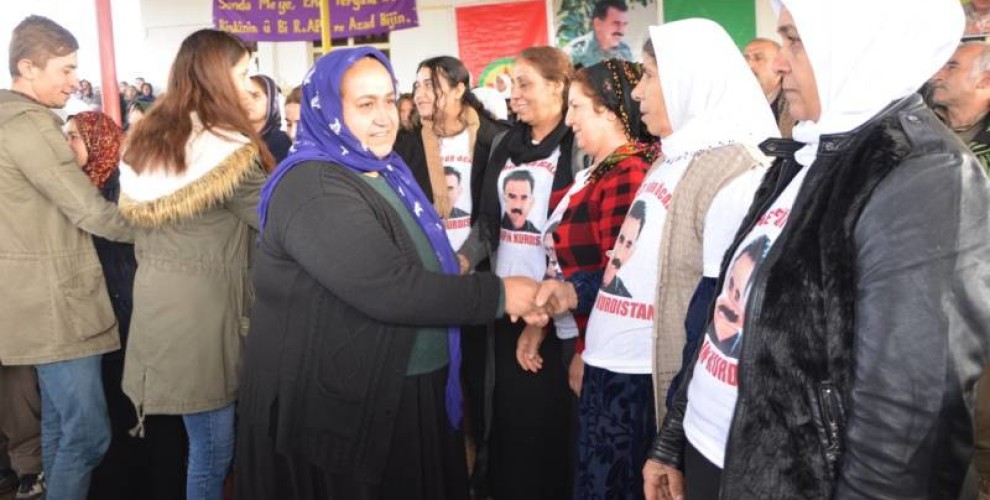 “The people of Kurdistan and the world public opinion have not received a single news about the situation of Leader of Apo. We do not know whether our leadership lives, what is happening in the Imrali torture system. With this isolation and torture, the Turkish state wants to take over our people, to make them subjected to it and maintain a racist, colonial system.”

Kaya added: “The Turkish state, the AKP-Erdoğan regime has not responded to our demands to this day. The Kurdish people and the guerrilla responded with operations. We will not accept this fascist and genocidal policies.”

New groups of hunger strikers will join the action said Deniz Kaya, adding: “42 of our friends in Gebze Women’s Prison, Patnos Prison, Elazig Type 1 F Type, Van F Type, Besikduzu Prison, Bakirkoy Prison, Kandira Type 1 F, Edirne F Type and Diyarbakir D and E type prisons have indefinitely started the hunger strike on 16 December. All our friends are determined and wait with impatience their turn to join this proves. However, we consider it important for our friends to participate in the actions within the framework prepared.”

In this context, said Kaya “other friends from new prisons will join the hunger strike action in groups in the coming days.”

The second groups to join the hunger strike, said Kaya, will be that from Silivri Prison, Tekirdağ F1 Prison, Şakran No. 2 Women Prison, Ödemiş Prison and Kırıkkale Prison.

Kaya ended his remarks by saying: “PKK and PAJK prisoners have begun the hunger strike on 16 December. We will not take any responsibility should our demands received no answer. No torture and isolation system can be imposed on Leader Apo. We call on our patriotic people to support all kinds of actions.”

The hunger strike to demand an end to the isolation regime imposed on Kurdish People’s Leader Abdullah Öcalan, continued in Turkish and Kurdistan jails.

PKK and PAJK prisoners have begun the indefinite hunger strike on 16 December.

While 42 prisoners are in their 5th day of fast in Gebze, Patnos, Kandıra, Bakırköy, Diyarbakır D ve Tipi, Van and Edirne jails, six women prisoners in Elazığ Women’s Prison have been on hunger strike for 49 days.

The prisoners who greeted the hunger strike carried out by Leyla Güven added that the prisoners of freedom will not remain silent against the fascist messages of the Turkish state.

The PAJK prisoners, who pointed out that there was a systematic attack on their history, culture, identity and society through the attack on Kurdish People’s Leader Abdullah Öcalan, said: “Amed prison has witnessed similar attacks 40 years ago. The winner in that historic resistance was human dignity. Today, the spirit of the PKK prison resistance has been revived and it will win. As women prisoners of PAJK, we have the determination to fulfill the duties and responsibilities of the resistance spirit of that time. Under the slogan ‘Let’s break isolation, let’s destroy fascism and free Kurdistan’ al, three female friends named Evin Kaya, Kibriye Evren and Hilal Ölmez have joined the indefinite hunger strike”

The prisoners of the PAJK added: “We, women, are determined to follow the steps of our comrade Leyla Güven. Women cannot be freed if Leader Apo is not freed. The freedom of Leader Apo is our freedom.

We invite all peoples, especially the Kurdish people, to support our honorable resistance in prisons.”