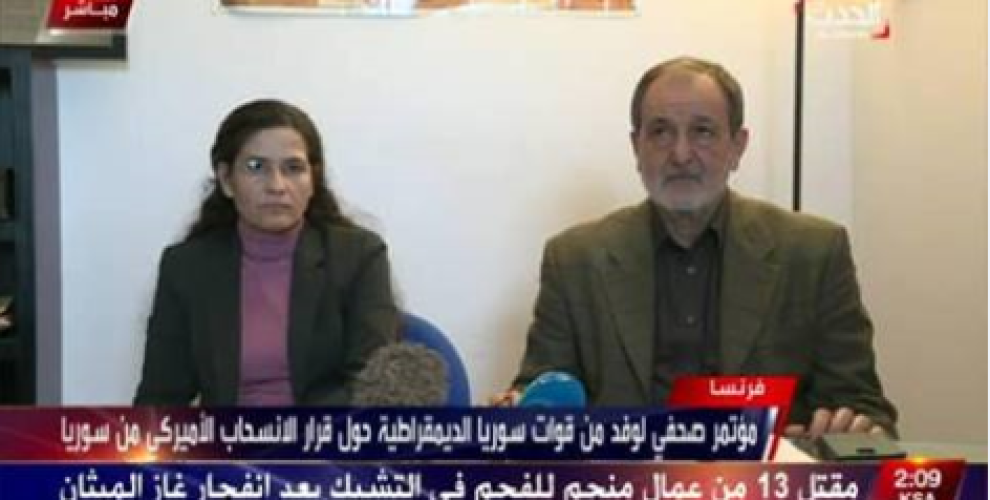 Iham Ehmed and Riyadh Derar from the Syria Democratic Council (MSD) held a press conference after their meeting in France to conduct joint work for the security of the region against the threats of the occupying Turkish state to Northern and Eastern Syria.

MSD co-chair Riyad Derar told a press conference the the aim of the occupying Turkish state attacks on the zone is that to revive allow relocation of the mercenaries it backs.

Given the current process, Derar said that the visit to France was important, and that France was the second force in the International Coalition after the United States and that its stance would be decisive in the course of developments.

Ilham Ehmed, co-chair of the MSD Executive Board, called on the French government to declare a no-fly zone in Northern and Eastern Syria.

Ilham Ehmed pointed out that the attacks carried out by Turkey in Northern and Eastern Syria may lead the Syrian Democratic Forces (SDF) to move from Deir Ez-zor to border areas to counter the new attacks.

Stressing that the occupying Turkish state will deepen the crisis in Syria and more blood will be shed, Ilham Ehmed said that they favoured a solution based on dialogue within Syria.