“Turkey’s Latest Invasion Plans Must be Stopped – Rojava Must Survive”

In a speech on 12 December, Erdogan threatened to launch a major military operation “east of the Euphrates” within “a few days” to cleanse the territory of Kurdish forces 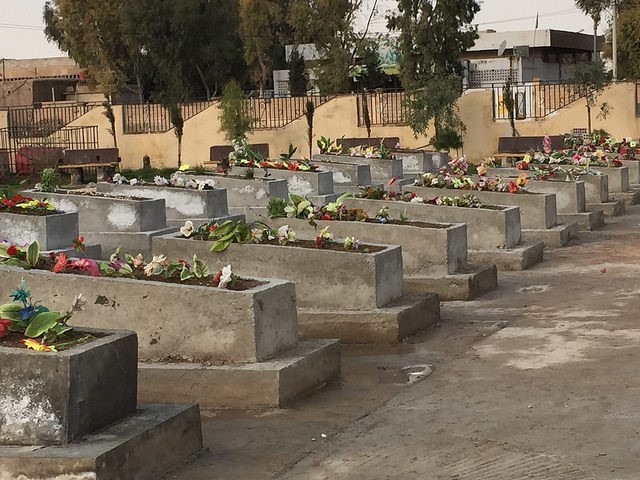 President Erdogan of Turkey has once again set his sights on an invasion of Rojava to eradicate the Kurdish administration there which Turkish leaders describe as a “nest of terrorists”.

In a speech on 12 December, Erdogan threatened to launch a major military operation “east of the Euphrates” within “a few days” to cleanse the territory of Kurdish forces.  There are now real fears that the invasion is imminent.

But despite this call from the United States for Turkey to show restraint, it is reported that Turkish military personnel, joined by thousands of fighters from the Free Syrian Army rebel group aligned with Ankara, are massing on the border, primed for an offensive against the People’s Protection Units (YPG) and Kurdish-led Syrian Democratic Forces and the people who live in the territory.

The presence of US troops in the region however does complicate matters and poses an obstacle to the start of any offensive.  Basically, Erdogan has warned the US to stay out of it.

Turkey has never given up on its intention of beginning an operation against the Kurdish run territory in northern Syria, branding it a threat to its own national security. It has simply been waiting for the right moment to start the assault.

Erdogan perceives the Kurds as the main threat while the rest of the world wants to defeat ISIS and remove the danger of Islamist terrorism.

The same Syrian Kurds whom Erdogan brands as terrorists have won genuine admiration and respect for the courage and tenacity of their resistance against ISIS. They proved to be reliable partners in the campaign to eradicate ISIS and received backing from the US, which led to the establishment of US military posts along the Syrian-Turkish border and a commitment to train and arm Kurdish forces. Such developments inevitably enraged Turkey, straining its already fraught relations with the United States.

These tensions have continued for quite some time but are now culminating in Erdogan’s latest threat to invade Rojava. These current threats are real and have not receded despite the US warning.

The building of a new society in Rojava, run along democratic lines with the full participation of men and women on the basis of equality, represents a unique model for the entire region. The originality and ambition of this initiative won the Kurds admirers all over the world and inspired solidarity actions in their support. The achievements of the Kurds have given hope to many people that they can take control of their own destiny despite the considerable forces ranged against them.

Erdogan may have received domestic support from his main opposition party, the, CHP for his “east of Euphrates” operation, but Turkey is actually isolated internationally in its opinion that the Syrian Kurds are a terrorist extension of the PKK. It is at loggerheads with its major allies in taking that view.

Let’s be quite clear what Turkey’s real aims are: it is not fighting terrorism, it is planning to eradicate all manifestations of Kurdish political autonomy whether this be inside Turkey itself, where savage repression and mass arrests have been taking place, or in Syria where the Kurds have managed to run their own administration in Rojava.

Turkey must be told very firmly and unambiguously that its aggression will not go unpunished. It must be deterred from launching an all-out invasion on the Kurds in Syria. Rojava must survive.

We urge the UK, EU, UN and US to employ all political and diplomatic means at their disposal to dissuade Turkey from embarking on this reckless and potentially catastrophic action.