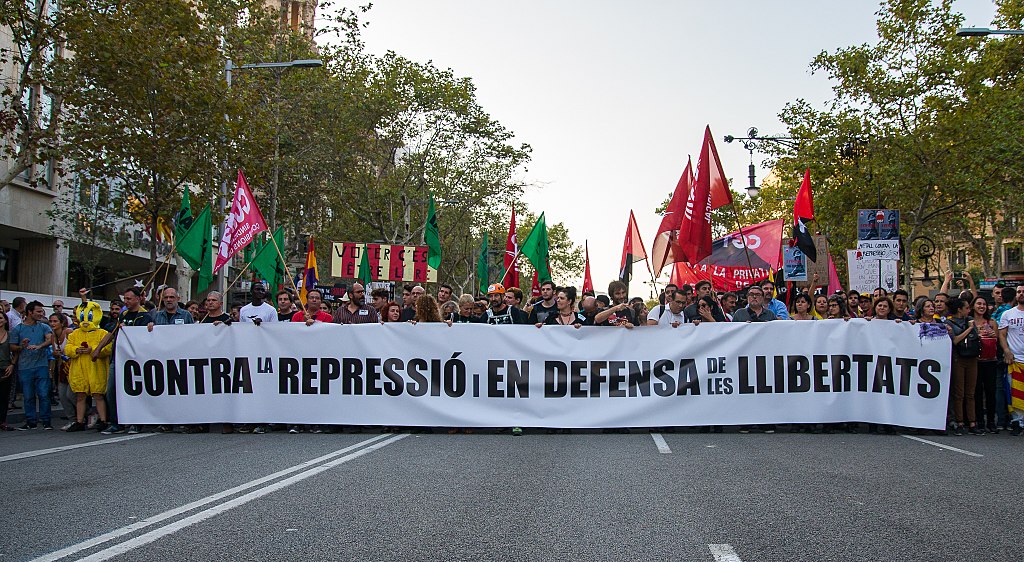 They are on trial for their political responsibility in the unilateral declaration of the independent Catalan Republic, at the beginning of November of the year 2017.

The controversial case will be judged directly by the Supreme Court given its special political characteristics and its delicate repercussions, both within Spain and the European Union.

As important decisions about the case, adopted at the last minute it must be stressed that the Supreme Court decided to split the summary in two, and pass a part of it concerning the accusations against the 5 ex-members of the Catalan Parliament board and the former deputy of Candidature of Popular Unity (CUP), Mireia Boya, to the jurisdiction of the Supreme Court of Justice of Catalonia, to be prosecuted for an alleged crime of «disobedience».

Equally we can highlight the re-qualification of the charge by the State Attorney at the request of the new Government, led by the leader of the Spanish Socialist Workers Party (PSOE) Pedro Sanchez, passing from «rebellion» to «sedition», so the initial petition has been reduced from 25 years in prison to 15.

For its part, the Prosecutor General’s Office and the emerging ultra-right wing party Vox (which is member of the private accusation) maintain the accusation of «rebellion» and a petition of 25 years in prison and 75, respectively.

The Spanish Supreme Court has before it the delicate task of deciding between these two more than questionable accusations, given that the entire process of independence took place through peaceful, parliamentary channels and through a consultative referendum to citizens (unilateral and para-legal) with a voluntary participation of 45% of the electorate.

The trial includes among its 12 defendants, currently in preventive detention, half of the former counsellors (ministers) of the Catalan Government at that time, including their vice-president Oriol Junquera, two well-known social leaders, Jordi Sánchez and Jordi Cuixart, and the former President of Parliament, Carmen Forcadell.

The legal-political process of Catalan sovereignty also has 7 exiles in Belgium, Switzerland and Scotland, including the former President of the Generalitat (Autonomous Government), Carles Puigdemont.

The two requests for extradition, issued by the Spanish justice, were rejected by courts in Germany and Great Britain, putting the Spanish Supreme Court and the former executive of the conservative Popular Party of Mariano Rajoy in serious international straits, and had to overturn, for the moment, the euro-orders of custody.

The Catalan sovereignty process has already triggered numerous deep reactions such as the criminalization, via the judiciary, of legitimate political and social demands; the implementation, for the first time and for almost a year, of Art.155 of the Constitution (a kind of state of emergency) with the taking over of the Autonomy by the Central Government, which finally called new regional elections. The latter were again won by the sovereigns parties, that is to say without any change in the correlation of political-sociological and institutional forces

At the same time, the stubborn refusal to any political dialogue on the Catalan claim by the Conservative Government, led by Mariano Rajoy, added to the numerous cases of corruption in his party, concluded in a successful motion of censure, which caused the fall of the Government and its substitution by a provisional one directed by the PSOE, in a clear parliamentary minority.

But the sovereign and unilateral declaration of independence of Catalonia has also provoked an open «patriotic reaction» of the reactionary forces of the “deep” Spain, accompanied by the most extreme messages of the conservative right, PP and Ciudadanos, and the irruption of the right-wing Vox party in the regional elections of Andalusia, further complicating the already complex Spanish political landscape.

Furthermore, next May the country will face a multiple and defining electoral appointment.

Spain is currently experiencing a sort of existential crisis around its own «existence» as a country. The progress of the parties of the right, increasingly explicit in their patriotic, xenophobic and sexist discourses and contrary to the multicultural and national diversity of the Iberian country, threaten to dynamite the rules of the game pre-established in the already agonizing Constitution of 1978 .

Faced with that «deep and reactionary» Spain that has its roots in the center and the south, the Basque and Catalan national and social claims of more sovereignty are rising with increasing force.

Sitting on the bench of the accused are now the Catalan leaders who peacefully proclaimed the Catalan Republic, exercising their democratic powers.

The final result of the trial will be crucial to see if there is room for a negotiation process and political dialogue or if, on the contrary, Spain is approaching to a stage of internal rupture and end point of the current Monarchy, with all the corresponding implications at EU level.