Films have the power to inspire action, shed light on hidden stories and even change the world for the better 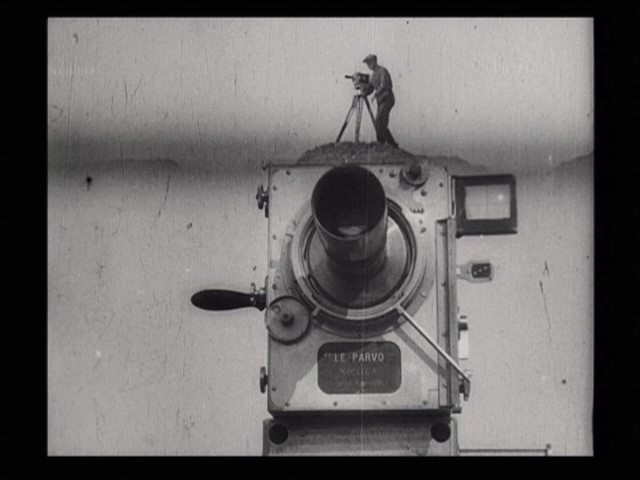 Films have the power to inspire action, shed light on hidden stories and even change the world for the better. As the awards season begins with the BAFTAs and Oscars this month, Global Witness Global Witness staff were asked to nominate their favourite anti-corruption, human rights or environmental films.

If you want to protect our planet…

Virunga is a beautiful and powerful documentary which brings together several compelling narratives: the terrible violence that has ravaged eastern Democratic Republic of ­­Congo (DRC); the British oil company seeking to drill in the midst of the beauty of Africa’s oldest national park; the incredible young journalist on the case; and the tear-jerking relationship between a handler and his gorilla «family».

After the documentary was shot, non-governmental organisations including Global Witness, which had been following the case previously, were able to put intense pressure on the oil company, Soco International, to stop its activities inside the park. Our investigators uncovered further signs of corruption and human rights abuses and eventually the company left the DRC, leaving the park in peace.

Shortly after we discovered that the Ugandan government was about to issue an oil licence in the same area, putting the park at risk once again. We rallied our allies and fought a successful public campaign to stop oil companies bidding for the block. This wouldn’t have been possible without the publicity the film achieved. The park is safe for now but oil companies are still opening up new oil reserves all along the Uganda/DRC border, putting many protected areas at risk.

This documentary is about a group of friends who set out to stop Richard Nixon’s nuclear bomb tests in Alaska and end up founding Greenpeace. This was a real wake-up call on climate change, as well as an inspiring insight into the determination to change the world and the human fallibilities that get in the way. My friend Al Morrow was the producer on this so I followed the progress of production and heard some great stories about the characters involved.

My favourite environmental films are ones that aren’t just ends in themselves – they inspire action too. I saw Gasland, Josh Fox’s documentary about US fracking in a packed arts centre in Belfast, Northern Ireland, in 2011. After the film there was a discussion about upcoming plans to frack in Northern Ireland, and this led to a province-wide anti-fracking movement which ended in the practice being banned across all of Ireland a few short years later.

I like Do the Math for the same reason. Shown in thousands of community halls and living rooms, it’s helped the global fossil fuel divestment movement grow exponentially. Show this to a room of community activists and you’re well on their way to helping them take aim at their nearest divestment target.

If you want to fight for human rights…

A Cambodian Spring is BAFTA-nominated – one of five contenders for the ‘outstanding directorial debut’ award. Filmmaker Chris Kelly spent several years with a community in Cambodia’s capital Phnom Penh, who were being forced out of their homes to make way for a luxury shopping complex. The film captures so powerfully the patterns of nepotism and human rights abuses that Global Witness has been documenting in Cambodia for decades – in this case the government hands a plot of land to a politically-connected businessman; thousands of people are evicted with nowhere else to go; and anyone who protests risks being beaten by police and locked up in jail.

The film has no conventional narrative but is a montage of fast-moving images from across the globe to capture what director Fricke calls ‘a guided mediation on humanity’.  From a Balinese temple to a landfill in Calcutta, Angkor Wat to an industrial poultry farm, the film is a masterclass in juxtapositions, depicting the strength and fragility of our world; the significance yet ‘smallness’ of us as humans – it’s as if the pages of National Geographic have come alive on screen. Not a word is spoken in the film for an hour and a half. There’s no need. The images speak for themselves.

If you want to expose corruption…

A love letter to journalism, Spotlight tells the true story of the Boston Globe reporters who revealed the systemic cover-up of child abuse by the Catholic church in Boston. This inspiring film highlights the importance of investigative journalism and realistically dramatises the professionalism, patience and diligence such work requires, as well as sensitively depicting the devastating emotional fallout from abuse.

In an era of stifling accusations of fake news and moves to curtail press freedom, it is as important as ever for investigative journalists to continue to tell stories about abuse, corruption and exploitation.

Inside Job is a critically acclaimed, Oscar-winning masterpiece of investigative documentary filmmaking.  More than that, it is also the ultimate heist movie that explains how the vested interests that control our finance and politics caused the greatest recession in recent history and got away with it. Ten years later, this may seem like a distant memory, but the newly-elected US House of Representatives is finally poised to truly drain the swamp through an ambitious, sweeping package of anti-corruption reforms known as H.R.1 that is expected to pass later this month.

This film tells the story of the modern Republican party, how Trump came to power and his circle of cronies. Not only is it an incredible film but it provides a look into a side we aren’t always familiar with—it is historical in the sense that it attempts to explain ‘how we got here’ starting with the Nixon era and who the critical actors who have been calling the political shots. Manafort also plays a big role in it. So very pertinent given the times. It’s also conveniently on Netflix!

Fascinating insight into the 2007-2008 financial crisis based on the book by Michael Lewis. The film breaks down the chain of events which led to the catastrophic financial crash – the complex financial products contaminated with toxic debt, toothless regulators, conflict of interest in the ratings agencies, reckless bankers and the ultimate human cost to the poorest who lost their jobs and houses. It ends by ominously informing us that similar financial products are now on sale and none of the banks or individuals involved were ever held to account.

A fascinating insight into how warmonger Dick Cheney gathered more power than probably any Vice President in US history. It shows how he worked with the energy industry to influence appointments of vast oil fields in Iraq as the country was invaded by the US in 2003. My favourite thing about the film is how the actors cast play caricatures of their Hollywood typecast, to cleverly comment on the glamorisation of political figures on the Hollywood screen. Christian Bale, who plays Cheney, mimics his Batman voice; Steve Carell, playing Donald Rumsfeld, is as Carell as it gets; and Sam Rockwell shines in his Southern typecasting as George Bush Jr. A phenomenal must-see (though as with all Adam McKay, could be far more nuanced!).

News and media organisations may use written content for the purposes of journalism provided Global Witness are fully acknowledged and provided such use does not infringe the intellectual property rights of anyone else.

Frame from the film «Man with a Movie Camera by Dziga Vertov.