A specter is haunting Donald Trump—the specter of socialism

Judging by the red-baiting jabs that President Donald Trump included in his 2019 State of the Union address, it seems that the elites who dominate today’s economic and political system are also starting to feel some pressure from below 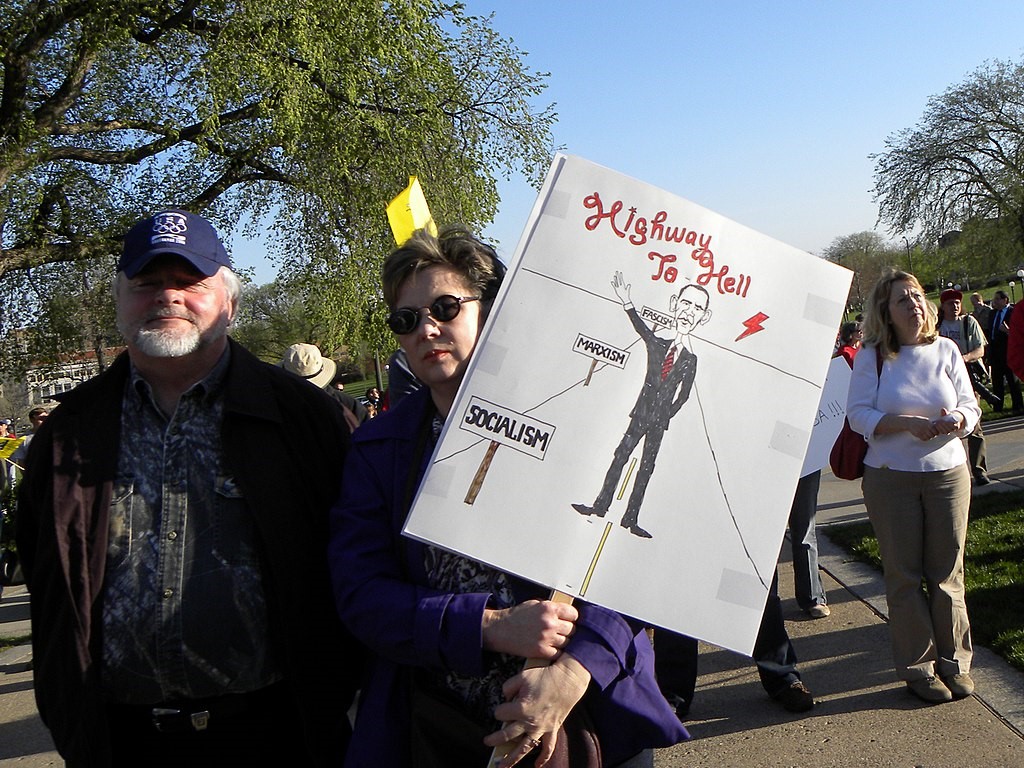 A specter is haunting Donald Trump—the specter of socialism. A century and a half ago, Karl Marx and Frederick Engels opened their Communist Manifesto with a similar line. In their time, it was the rising workers’ movement and communist groups of Europe that were putting the ruling class on notice across the continent.

Judging by the red-baiting jabs that President Donald Trump included in his 2019 State of the Union address, it seems that the elites who dominate today’s economic and political system are also starting to feel some pressure from below.

Using Venezuela’s economic crisis as his launch pad, Trump jumped into a “noble quest for freedom” against the supposedly socialist goals of “government coercion, domination, and control.”

By that, we can assume he must be referring to things like making billionaires and corporations pay their taxes, getting profit out of health care, or passing regulations that keep bosses from mistreating their employees. Nothing so radical that it amounts to socialism really, but the typical stuff Republicans oppose.

He expressed alarm that there are “new calls to adopt socialism in our country” and set himself up as the bulwark against creeping leftism. “Tonight,” he declared, “we renew our resolve that America will never be a socialist country!”

The mostly male Republican caucus, with big smiles on their faces, burst into rowdy chants of “USA! USA!” Speaker Nancy Pelosi offered applause, and even erstwhile progressive leader Sen. Elizabeth Warren jumped to her feet, clapping for Trump’s declaration of war against socialism.

The following morning, Trump Treasury Secretary Steve Mnuchin kept up the offensive, telling reporters that the president’s economic plan was working and that “we’re not going back to socialism.” When exactly did America have this socialism of which he speaks? Haven’t seen it. Mnuchin said Republicans “don’t believe in a centralized planned economy,” as if any such proposal had been made by anyone. Medicare and Social Security are the two closest things we have to socialism and both those programs are popular with almost all Americans.

All of it—Trump’s patriotism-laced declarations and Mnuchin’s dire straw-man warnings about state planning—is a sham. By resurrecting the old anti-communism and red-baiting that were trademarks of the Cold War, Trump and the Republicans are trying to divert, distract, and divide.

The GOP and its big business backers hope that raising the Soviet ghost from its grave will blunt the rapidly growing public support for ideas like Rep. Alexandria Ocasio-Cortez’s proposal to raise the top marginal tax rate to 70 percent. That it will put the brakes on the Schumer-Sanders plan to restrict corporate stock buybacks, which only funnel more money into the hands of executives and shareholders rather than putting it toward job creation. That it will stop anyone from getting the idea we could have a health care system that covers everyone while also getting rid of private insurance companies.

They want to give their (shrinking) far-right base a villain to unify against in 2020 and turn attention away from the investigations that are closing in on Trump. And by blaming socialism for the economic horrors of Venezuela being broadcast on the mainstream television networks every day, they hope to dampen any opposition to U.S. intervention in that country.

For decades, capitalists and their ideological supporters have deployed lies about socialism in order to maintain the economic and political status quo. They have tried to make people believe that socialism equates to government tyranny and the elimination of liberty.

They want to hide the reality of what a socialist America might look like—a country where people democratically decide their own future together, rather than have their fates determined by bankers, executives, shareholders, and landlords.

They don’t want people to imagine a society where human needs rather than private profits shape public policy. They don’t want people to think about redirecting the billions spent on weapons of war to public needs like health, education, and green jobs. And perhaps above all, they don’t want working people to ever contemplate a future where the products of their labor are their own, rather being than the property of the big owners of capital.

That is the socialist specter haunting Donald Trump and the Wall Street crowd. But if they want to know what’s driving people to question capitalism, they need only look to the extremes of their own system. 80 percent of Americans live paycheck to paycheck. Wages are lower than they were forty years ago. Medical bills are still the biggest cause of bankruptcy. Students are drowning in debt. Millions have no idea how they will ever retire. Yet, all we hear from Trump is bragging about the supposedly booming economy.

While he may think his State of the Union tirade will help stem the tide of socialism’s growing popularity, Trump is actually helping it along. By once again putting the idea of socialism on the table before a national audience, he reminds people that there is an alternative to what we have now.

Sign with Obama on the road to socialism, communism and fascism at a Tea Party rally