Governments across the EU, as well as the EU itself, have declared Juan Guaido President of Venezuela, citing the need for democracy driven by protest – something they have not been so keen on closer to home 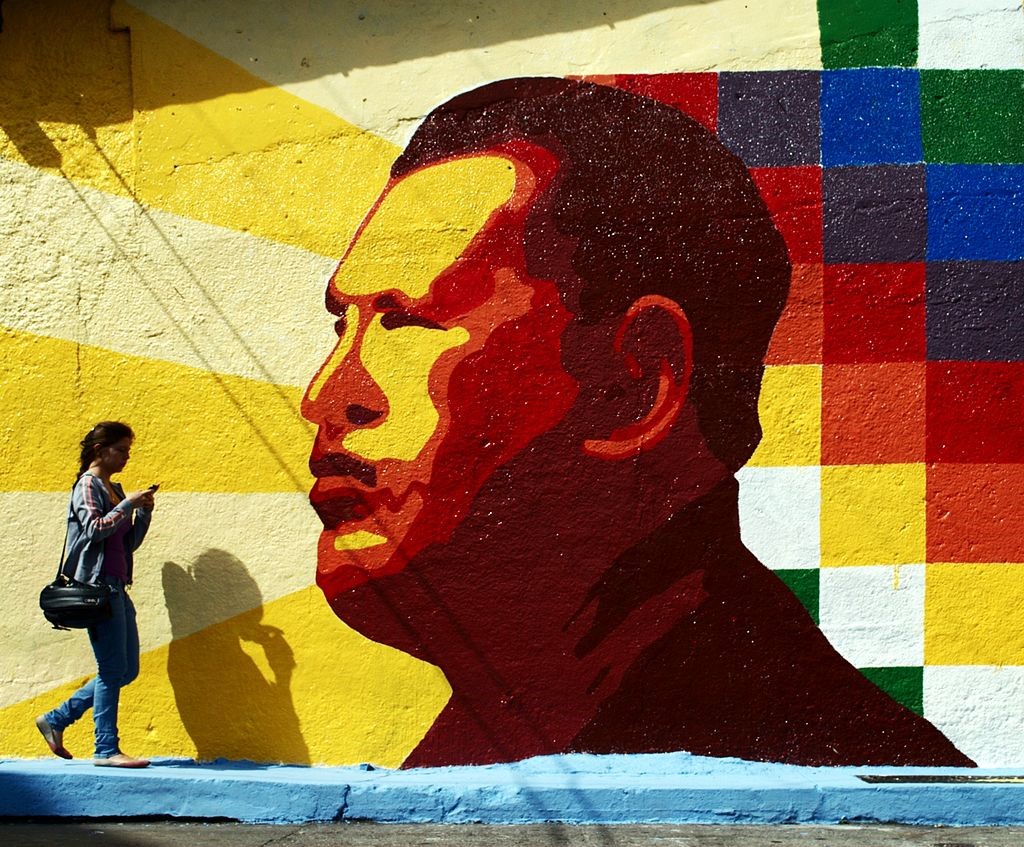 “PEOPLE are on the streets, people want change.”

That was the statement, made without a hint of irony, of French Foreign Minister Jean-Yves Le Drian, about why the French Government was now backing the coup in Venezuela.

Le Drian is the minister of a government that has now been rocked by protests which have been going on continually for twelve weekends in a row, sparked by a new fuel tax which replaced a wealth tax on France’s super-rich.

He is minister of Emmanuel Macron’s government, the Macron who has had a negative approval rating among the French people of over 70 per cent for more than five months. The biggest public dissatisfaction with the President ever recorded in French history.

Le Drian is the minister of a government that has turned to using ‘flashballs’ – rubber bullets the size and power of a golfball – fired from guns which have maimed thousands of protestors, dishing out injuries which some will carry with them for the rest of their lives. As of 14 January, 94 people had been seriously injured by flashballs, with 14 blinded and one person in a coma.

The French police brutality has not stopped at adults. A viral video of police humiliating school children participants in the yellow vests protests led to a statement by Amnesty International saying the French state must “end the use of excessive force against protesters and high school children”.

The response of the French Government? Silence.

The French newspaper Liberation said: “It is hard for the interior ministry to disregard this lacerated flesh, to ignore these broken faces and gouged out eyes caused by LBD bullets, to conceal the limbs that were snatched and riddled by the blow of TNT explosive grenades. Yet that is what is happening.”

This is the context for Minister Le Drian to make his comments about Venezuelan protestors on the streets, seeking change.

Such hypocrisy is deeply rooted in the French state: the ink was hardly dry on the Declarations of the Rights of Man when the new French Republic was savagely attempting to put down Haitian slaves demanding that those rights extended to them.

But of course it is not just France that has got behind the Trump-led Western effort to overthrow the Venezuelan government: almost the whole of the EU, including the European Parliament, has joined in calling Juan Guaido the President of Venezuela, despite no one in Venezuela electing him to that position, or as President of the National Assembly he heads.

Only the Greek Government has said it recognises Maduro as the President of Venezuela. The British Government have of course been one of the quickest in Europe in tailing Trump, but social democratic governments have tended to be just as likely as centre-right ones in backing regime change, despite the obvious perils involved in such imperialist adventurism. Are the lessons of Afghanistan, Iraq and Libya really so distant?

And is it really necessary to point out the UK’s hypocrisy here? Only four months ago, journalist Jamal Khashoggi was mutilated by a brutal Saudi Arabian dictatorship on Turkish soil. That regime has deliberately put tens of millions of Yemenis on the verge of starvation in a war fought with UK bombs and logistic support. Yet the UK’s commitment to backing the Saudis has not lessened one iota. Less than a year ago Crown Prince Mohammed Bin Salman was given the royal treatment by the Queen in the UK, treated as a guest of honour.

Given such a record, are we really supposed to take seriously Foreign Minister Jeremy Hunt’s concern that the elections in December were “deeply flawed” and that “the people of Venezuela have suffered enough”?

And then there’s Spain. Prime Minister Pedro Sanchez had the temerity to state that “Venezuela should be the author of its own destiny”, adding that: “The international community has a duty to help and ensure that this happens with the necessary guarantees.”

Was Sanchez and the rest of the Spanish political class so keen on international involvement in Catalonia, when the 2017 referendum was brutally suppressed by Spanish police, the government dismantled and the democratically elected ministers thrown in jail (they face little more than a show-trial next week which could see them imprisoned for the rest of their lives)?

If Sanchez believes that “Venezuela should be the author of its own destiny”, why does he continue to deny the right of Catalans to a legally binding referendum on independence?

The hypocrisy over Catalonia – where the “rule of law” is continually cited to excuse all manner of repression, but is apparently of no importance in Venezuela – was mentioned by Maduro when he said: “We don’t accept ultimatums from anyone. It’s like if I told the European Union: ‘I give you seven days to recognise the Republic of Catalonia, and if you don’t, we are going to take measures.”

The EU and its nation-states are in no position to be handing out lectures about democracy, citizens shaping their own destiny or protestors demanding change. People power is not something they have any claim to represent. The obvious conclusion to draw from such a gaping chasm between EU governments actions in Europe and their words about Venezuela is that both are driven by the same motivation: self-interest.

CommonSpace   aims   always   to   be   an   open-source   resource   and   where content is the copyright of Common Weal ltd. it is free for others to use in a responsible and appropriate manner.

In republishing or making any other public use of our copyrighted material you   must   credit   CommonSpace   and   include   a   weblink   – www.commonspace.scot

A mural of Hugo Chávez in Mérida city. Made by FUGA MURALISTA

Media Rebuttal: Why is there a blackout on John Bolton’s Venezuela oil grab remarks?

Bank of England would be ‘complicit in robbery’ if it hands over Venezuelan gold to coup plotters, MP says

“The SNP’s bandwagon jumping displays an acute ignorance of the history of US backed subterfuge and coups in South America.

The continent, contemptuously described as the US’ backyard by imperial strategists, has been subject to repeated fits of violent, authoritarian regime change in Argentina, Brazil, Chile, Costa Rica, El Salvador and Nicaragua among many others.” (David Jamieson)