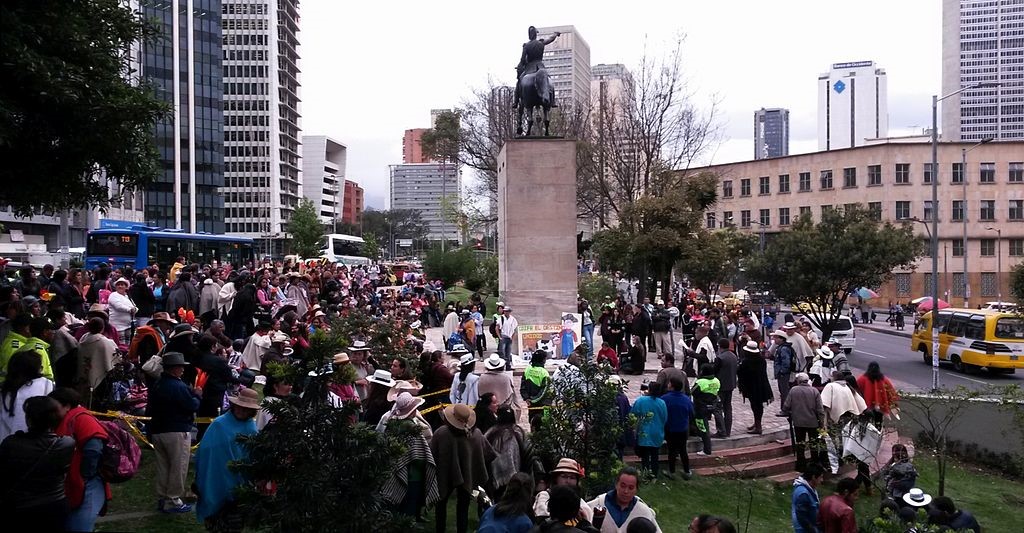 (Washington, DC) – Colombian President Iván Duque’s partial veto of a transitional justice bill could undermine and delay progress toward justice for wartime atrocities, Human Rights Watch said today. On March 10, 2019, Duque announced that he would veto six provisions of a bill on the Special Jurisdiction for Peace – the system created as part of the 2016 peace accord with the Revolutionary Armed Forces of Colombia (FARC).

The bill – one of the key legislative steps needed to carry out the accord – will go back to Congress, where lawmakers will decide whether to accept or override the veto. The veto seeks to revive several provisions previously rejected by the Constitutional Court, meaning that they are likely to be struck down again. In the meantime, the Special Jurisdiction for Peace would lack a clear legal basis on which to handle its cases.

“While I share some of the concerns President Duque expressed in his decision, a veto is not the way to address these shortcomings,” said José Miguel Vivanco, Americas director at Human Rights Watch. “The veto will probably delay judicial proceedings, undermining the same accountability which it has the stated purpose of promoting.”

One of the provisions vetoed largely suspended judicial proceedings in the country’s regular courts of cases linked to the armed conflict, as these are transferred to the Special Jurisdiction for Peace. Human Rights Watch has raised concerns that this provision would cause significant delays to already prolonged cases. Yet in an August 2018 decision, the Constitutional Court upheld and extended it, holding that under the Colombian Constitution, the Special Jurisdiction for Peace has exclusive jurisdiction over these cases.

Another provision the president vetoed allowed the Special Jurisdiction for Peace to waive the criminal prosecution of people not deemed to be “most responsible” for war crimes and crimes against humanity. Such language was added by the Constitutional Court in its August 2018 ruling after considering that prosecuting all of those accused of wartime crimes would “undermine justice” since the “the number of cases and perpetrators would exceed the capacity of the special jurisdiction.”

“Duque’s veto will probably help him mobilize supporters who are skeptical of the peace accord,” Vivanco said. “But it will probably do little to ensure the justice that victims of the Colombian armed conflict so desperately need.”