“The HDP calls all democratic institutions, comrades, and the international community to get  involved in observing the elections.” 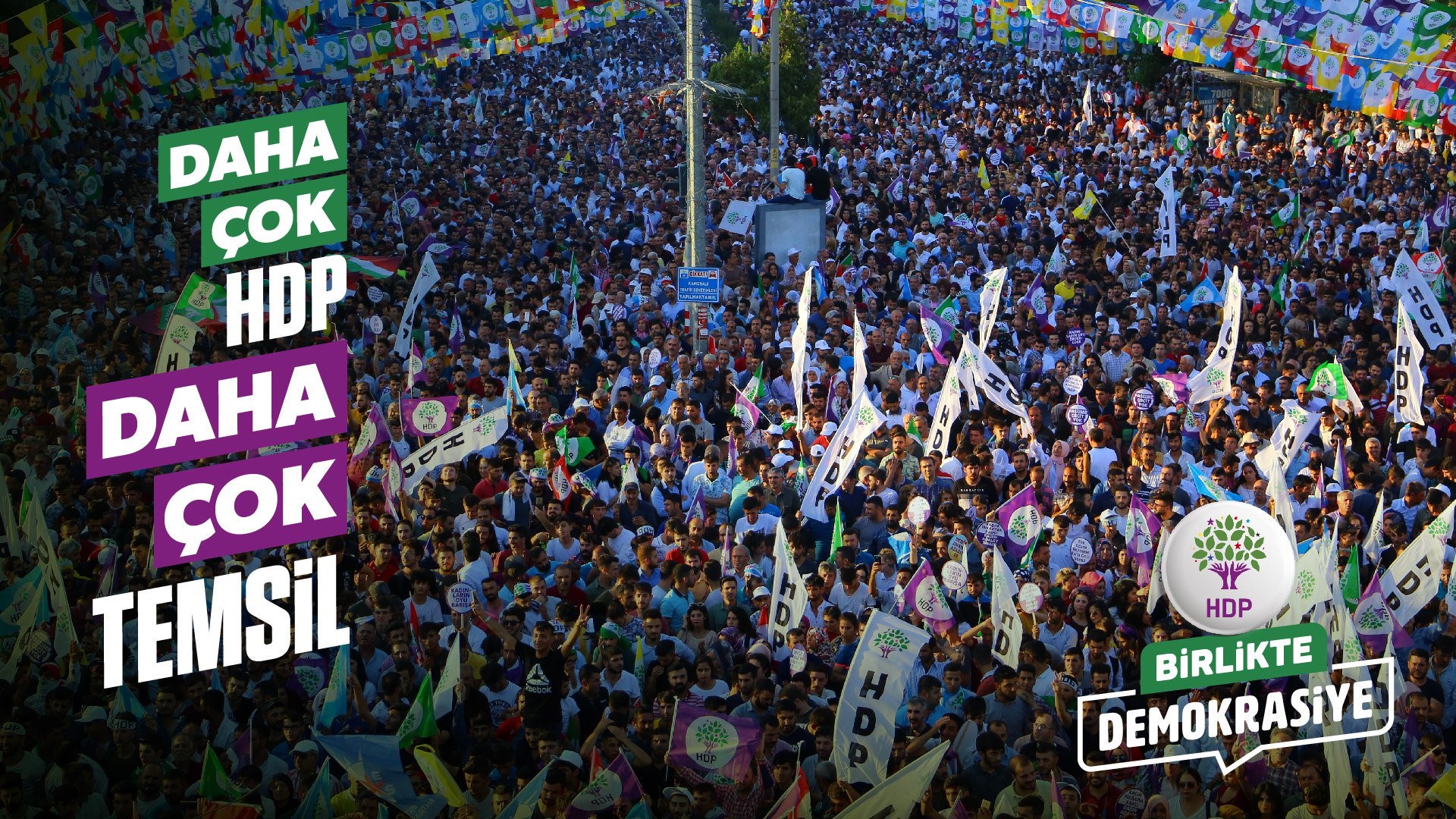 The report prepared by our Commission On Election Affairs regarding the election violations at the ahead of upcoming Turkey’s March 31 local elections:

Turkey has entered a period, faced with limitation of rights a bit more day by day. After removing the immunities of the parliamentarians, Co-chairs of HDP, deputies, party members and executives have been arrested. 95 municipalities including 3 metropolitan municipalities and 8 city municipalities that were co-chaired by the Democratic Regions Party’s (DBP) co-mayors which is the major component party of the HDP have been seized into the control of the Government. 94 elected co-mayors from DBP were arrested. As of today, 38 co-mayors have been arrested or sentenced in Turkish prisons.

In the meanwhile, it is claimied that the current government has been ruling the country by fair and democratic elections in Turkey. However, this is an argument in order to mislead public opinion and the international community.

Elections and election safety in Turkey is always mentioned as a problematic issue. However, from the latest experiences of the General Elections on June 24th in 2018, the election safety have been fully disappeared due to the Turkish Government’s interventions. The rules for elections are designed directly by the government and President Erdogan. Electoral irregularities and gerrymanders, which have been found out by the opposition parties, could not be prevented despite all efforts.

Election safety does not only mean on the Election Day. It means providing fair competition and fair conditions for all the political parties. In this respect, similar to previous elections, in these upcoming elections all opportunities and chances are being used in advance of power-holder blocks, including bans and restrictions against the opposition parties. An election can only be called a fair election, if its procedures from beginning to end are fair. There are many essential components to conducting a free election such as: campaigning opportunities to usage of the media, neutrality of state institutions and freedom of jurisdiction. Organizing ballots, collecting election results and the declaration of those results, follow these essentials.

As shown in various parts of this report, decisions regarding the replacing and merging of the polling stations are undoubtedly based on subjective criteria. Despite elections needing to be carried out in a very peaceful and democratic environment, the voters have already been facing enormous difficulties for the 31st of March 2019 election. The principles of equality and freeness – which is essential for elections in democratic countries – are threatened in Turkey. The HDP calls all democratic institutions, comrades, and the international community to get  involved in observing the elections.