On the evening of Monday, March 18, some ten masked, armed men attacked novelist and spokesman for Fatah in Gaza Atef Abu Saif and his neighbor Abdul Meni’m Jadallah 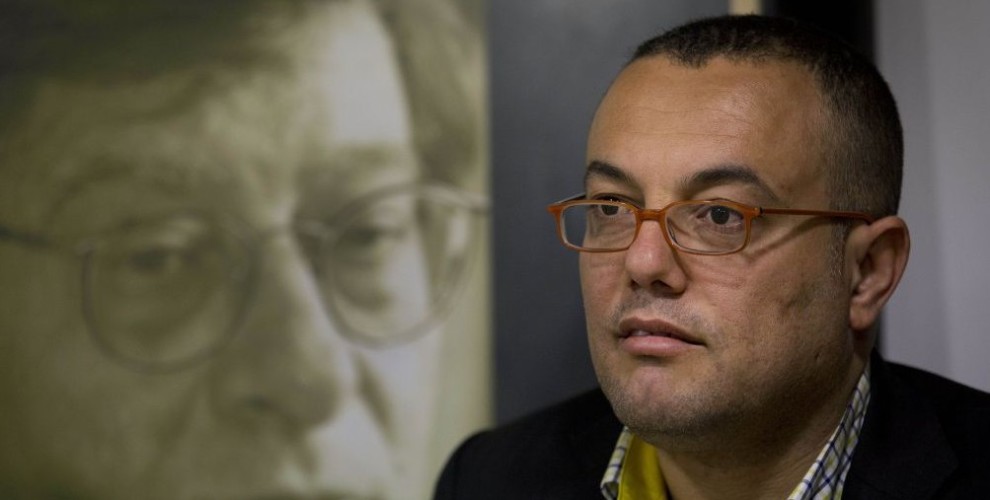 On the evening of Monday, March 18, just after 5 p.m., some ten masked, armed men attacked novelist and spokesman for Fatah in Gaza Atef Abu Saif and his neighbor Abdul Meni’m Jadallah while they were in the garden of Jadallah’s house.

According to Haaretz, Abu Saif is in critical condition.

Fatah called the attack an attempt to murder Abu Saif and said Hamas was responsible. Hamas denied responsibility, but things are confused.

Palestinians have been protesting in the Gaza Strip for the past few days against Hamas tax increases.

Palestinian writer living in Gaza, Nayrouz Qarmout, confirmed to GR on the phone that Abu Saif has been badly wounded. “Atef – she said – is a close friend of mine. Atef is a rare and advanced Palestinian mind in the description of the Palestinian situation in an accurate and correct way, He is a walking library full of knowledge, experience, sacrifice and struggle. He build himself from  zero to be a youth role model. I want to say this about him.”

Al Mezan Center for Human Rights reported that: «The assailants took away Abu Saif’s car and mobile phone after they brutally beat the two men. Doctors at Al-Quds Hospital reported that Abu Saif suffered from fractures in his left hand and right legs, deep wounds in the head, and bruises throughout his body. Jadallah suffered from fractures in his right leg and hand and bruises throughout his body. Abu Saif had also been assaulted in a similar incident in September of last year.»

Atef Abu Saif is the author of a half-dozen novels: Shadows of Memory (1997); The Tale of a Night of Chatter (1999); Snowball (2000); The Sour Grapes of Paradise (2003); A Suspended Life (2014), and Christina (2016). These are not the vanity projects of a political commentator: his novel A Suspended Life was shortlisted for the International Prize for Arabic Fiction, and his nuanced short stories are widely acclaimed.

He also wrote the moving The Drone Eats with Me, an intimate nonfiction account of living under bombardment by Israeli forces in the summer of 2014 and was editor of The Book of Gaza, a collection of short stories published by Comma Press. His own “A Journey in the Opposite Direction” is the book’s most layered, complex, delightful story.

In March of 2018, Abu Saif wrote a short essay for the New York Times, «Why I Stay in Gaza.» He talks about the possibilities for hope, and the difficulties of being cut off from family and friends. This was shortly after he became a spokesperson for Fatah. In September of last year, he was attacked by unknown assailants. According to Haaretz, he has «suffered from his injuries since.»

Abu Saif studied at Birzeit University, in England and in Italy, and has a Ph.D. in political science. He is a writer who has published novels and short story collections, the latest of which was “A Suspended Life,” published in 2014. He also published a book on the Israeli use of drones in the Gaza Strip and their effect on the public there. He was born in 1973 in the Jabaliah refugee camp in the Gaza Strip and his family is originally from Jaffa.

UPDATE: GR was able to speak to Nayrouz Qarmout on Wednesday just after she spoke to Atef Abu Saif. “Atef has been transferred to the West Bank – she said – he is in a very bad shape. They broke his mouth and nose and he suffered multiple fractures, but his spirit is high, despite his voice was weak. He is a strong man and I know he will recover. I felt his happiness when I told him that we were writing together about this brutal aggression.”

SEE ALSO: Newroz, a story of resistance against tyranny, by Orsola Casagrande