Since 2017 it is reckoned that the illegally imposed sanctions have cost Venezuela $6 billion, and prevented it from importing $2 billion worth of badly needed medicine 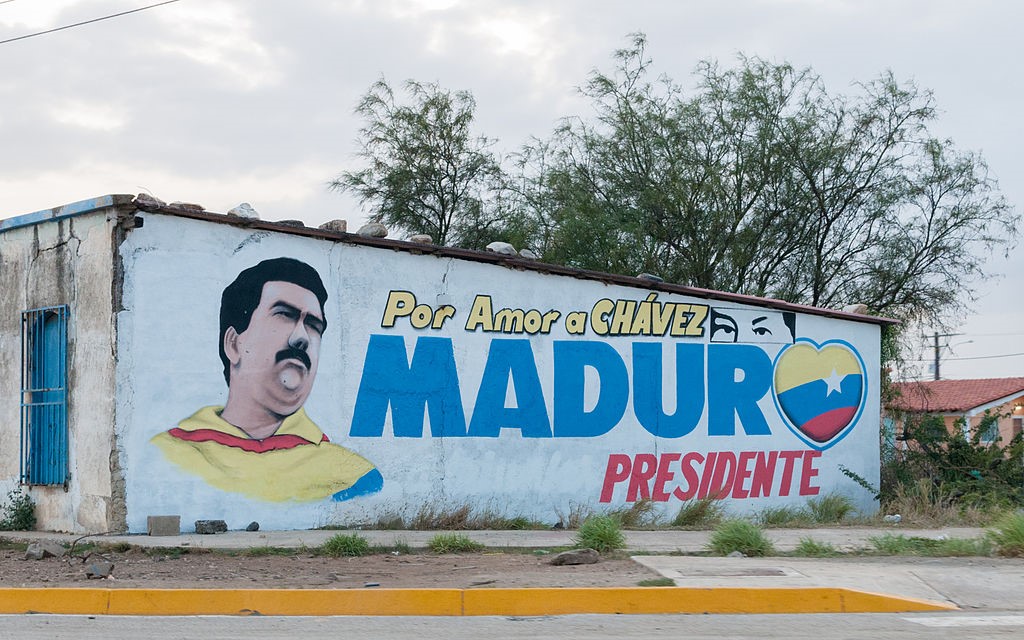 The situation in Venezuela continues to deteriorate as the illegal sanctions imposed by the United States (Trump’s policy, a continuation of Obama’s) and the European Union continue to have an impact upon workers, the urban and rural poor and farmers. The Venezuelan oligarchs have used every possible manoeuvre— economic, political, and outright violence —to disrupt the country and the government of Nicolás Maduro.

Since 2017 it is reckoned that the illegally imposed sanctions have cost Venezuela $6 billion, and prevented it from importing $2 billion worth of badly needed medicine.

But so far they have failed to dislodge Maduro; they have failed to undermine the support of the majority of workers, the poor and farmers for the Bolivarian Revolutionary process—people who have benefited from Venezuela’s oil wealth, who have for the first time witnessed and experienced real changes in their lives from the beginning of the Bolivarian Revolution initiated by Hugo Chávez.

Millions of houses have been built for the poor and working people, together with mass literacy campaigns, health services for the mass of the people for the first time in Venezuelan history, and the constitutional recognition of black, mixed-race and indigenous people’s rights.

This is a long way from the white-dominated institutions of the oligarchic descendants of the Spanish conquistadors. These oligarchs still retain considerable economic power, controlling the food supply, agri-corporations, transport, and most television and radio stations and newspapers. They continue to co-ordinate their strategy of political and economic disruption with their American political and military handlers.

The real power broker of the opposition is Leopoldo López, who has been under house arrest since 2017, having been given a fourteen-year prison sentence for inciting violence in 2014. It was his strategy that resulted in the co-ordinated actions to have a little-known opposition politician, Juan Guaidó, declare himself president of the National Assembly, which was quickly followed by his being recognised as “interim president” of Venezuela by the Trump government and a host of right-wing governments in Latin America, as well as the majority of EU member-states.

So far, this internal coup has failed.

Unfortunately, but not surprisingly, the Irish government, which takes its orders from the EU and the United States, recognised Juan Guaidó as “interim president.” Even the fig-leaf that is the EU Parliament voted to support Guaidó.

The strategy being followed inside and around Venezuela has been well tried and tested in Latin America for decades by the United States and the local oligarchs. This strategy is clear: to create artificial shortages of medicines and basic necessities so as to have the maximum impact on the greatest number, particularly workers and the poor, while having little impact upon the rich; to stockpile food, disrupt the transport network, provoke street clashes and assassinations; then appeal to the military to intervene to save the people from chaos and violence.

This strategy has been honed to a fine art and applied throughout Latin America. Over the last decade imperialism has weaponised “human rights” as the central ideological strategy for marginalising and isolating governments that are not compliant. The United States, Britain, Canada and other governments have seized assets of the Venezuelan government valued at billions of dollars. This has prevented the Venezuelan government from importing medicines and food.

The imperial version of “human rights” is confined to the sphere of the individual and centred on “political rights”: it does not extend to economic justice, housing, food, medical services, women’s rights, the rights of national minorities, trade union and workers’ rights, or the democratic control and use of natural resources for the benefit of the majority.

What is happening is an extremely intense class struggle within Venezuela waged by the economically powerful elite, who have been unable to wrestle back political institutions from the mass of workers and the poor. The United States has made no bones about wanting to take control of Venezuelan oil as well as gold and other natural resources, thus restricting the capacity of the present and future governments to use them in the interests of the majority.

Over the decades the United States has used various front organisations and NGOs to promote this agenda, such as “Human Rights Watch.” Unfortunately, much of the liberal left fall into step with this “human rights” strategy laid down by imperialism: they do the political leg work for imperialism, then try to distance themselves from its violence.

As the liberal left fall into line in this “human rights” strategy they find some minute group that is critical of the government to justify their compliance with the general strategy: supporting every revolution except the actually existing ones.

Socialist Voice is the official newspaper of the Communist Party of Ireland (CPI).

The paper is published monthly both in magazine format and online. It provides a Marxist analysis of political events in addition to historical pieces, film and book reviews and discussion of international news.

By, The Photographer [CC0] [This file is made available under the Creative Commons CC0 1.0 Universal Public Domain Dedication]