Despite internal differences, Germany’s Die Linke struggles for unity against the right

The convention of Die Linke’s Communist Platform this week was held at the Berlin headquarters of Neues Deutschland, Germany’s socialist daily newspaper affiliated with Die Linke 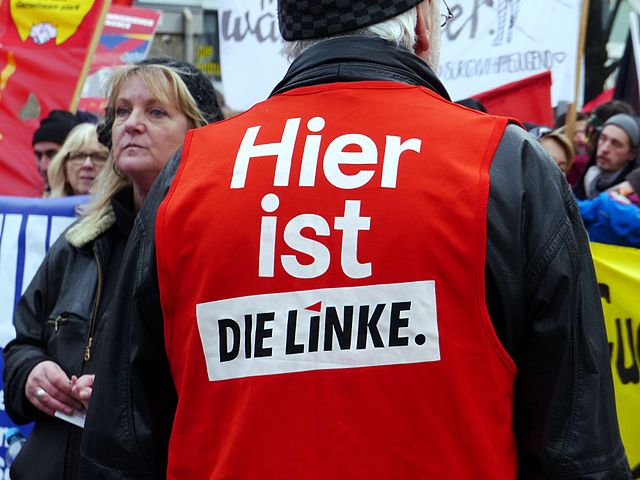 BERLIN—Germany’s Left Party (Die Linke), now powerful enough to be part of the governing coalition in the three German states of Berlin, Thuringia, and Saxony, is struggling to find the way to take strong left-wing positions on issues and, at the same time, preserve the unity necessary to fight the right wing here.

The struggle was reflected last Sunday in the annual Berlin convention of the Kommunistische Plattform (Communist Platform) of Die Linke, one of the largest groupings in the party. (Die Linke itself is a coalition of various left political formations, including communists, left social democrats, left-leaning Greens, unions, pro-left small business operators, and others.) The party’s roots go back to the Socialist Unity Party that ruled the old German Democratic Republic (East Germany) which, after the demise of the GDR, became the Party for Democratic Socialism. Later, that party merged with left social democrats and others to form Die Linke.

The convention of Die Linke’s Communist Platform this week was held at the Berlin headquarters of Neues Deutschland, Germany’s socialist daily newspaper affiliated with Die Linke. The gatheringfollows by only two months the national convention of the full party held in Leipzig, at which there were a number of hotly contested debates about various resolutions.

One such debate in February was over a Communist Platform proposal putting Die Linke on record in opposition to what it sees as a concerted and dangerous anti-Russia campaign. Another was over a Communist Platform resolution to put the party on record in support of the government of President Nicolás Maduro in Venezuela. While all the various sides in Die Linke oppose U.S. intervention in that country, some want to distance themselves from the government of Venezuela. The Communist Platform sees that as essentially legitimizing U.S. intervention.

One delegate at the Berlin meeting this week who had attended the February convention told People’s World that “there were quite a few in the party that were happy they did not have to take a position on these resolutions, and they were glad that there was at least a delay.”

In any case, the Communist Platform eventually prevailed. A special committee was appointed by the convention to take up the delayed measures and given authorization to act in the name of the full party.

Thomas Hecker, co-chair of the Communist Platform, announced Sunday that both resolutions had been formally approved. His announcement was met with sustained applause.

The delay, nevertheless was a defeat for Hecker’s group because the original debate in February and the vote to delay were all nationally televised. The conference of the Communist Platform in Berlin this week was not.

“The Russia resolution was important to us,” Hecker said, explaining why his caucus can’t go along with some in Die Linke who say that the U.S. and Russia are equally bad when it comes to the role they play in the world. “You can’t equate the two,” he said. “One side, the U.S., has canceled the nuclear arms treaty, canceled the nuclear deal with Iran—endangering the world.  U.S. troops have been moved right up to the Russian border, and the U.S. has almost 800 military bases all around the world, surrounding Russia.

“The U.S, spends 13 times as much on the military as does Russia,” he noted.

Hecker also discussed in his report to the Communist Platform convention concerning the continued maligning of the GDR, almost 30 years after its demise.

“You don’t have to say everything about the GDR was great,” he said, “but we must take a lesson from their many successes, from their dedicated attempt to build a socialist society. If we fail to do this, we open the door to those who push the idea that there is no alternative to capitalism.”

By staking out this position, Die Linke’s Communist Platform is publicly at odds with some of the leading figures in Die Linke, among them Bodo Ramelow, who is the Minister-President of Thuringia state. The Die Linke leader in Thuringia is part of a “red-red-green” governing coalition composed of Die Linke, the SPD (social democrats), and the Greens. Since Die Linke was the largest vote-getter of the three, he was appointed president and stands as the only German state headed by a Die Linke leader.

Ramelow created a big stir among many of Die Linke’s members when, during his campaign, he referred to the GDR as an “unjust state.”

“Not only is it unnecessary, but it is dangerous to do this,” one delegate at the Communist Platform convention told People’s World. “He didn’t have to do this to win, and people who hate the GDR did not and would not vote for Die Linke anyway.”

In Berlin, where it is also part of a similar red-red-green coalition, the SPD edged Die Linke out slightly and therefore took the presidency. The Senate is equally divided, however, with five seats apiece for the SPD, Die Linke, and the Greens.

In Saxony, where Die Linke is also in the government, it is part of a red-red coalition with the SPD.

In all three states in which Die Linke is in the government, it continues to enjoy close to the amount of support it had two years ago in the elections. In Berlin, for example, Die Linke now polls around 20 percent, as do the Greens. Together with the SDP’s 15 percent, it still gives the governing coalition a majority. The conservative Christian Democrats, the right-wing Free Democrats, and the extremist right Alternative for Germany (AfD) share the remainder of support, showing that the right cannot be permanently counted out, even in Berlin.

With Die Linke now joining coalition governments in a growing number of German states, People’s World asked Hecker his attitude toward Die Linke eventually entering a coalition government on the national level if that became possible. “There is one principle upon which we could never yield,” he said, “and that is the export of weapons by Germany to overseas combatants and repressive states.”

Germany, of course, does that today with the support in the national government of the SPD. German weapons and German soldiers have been present in a number of countries alongside soldiers and weapons from the United States. “We could never be part of a government that does that,” Hecker said.

Another delegate at the Communist Platform meeting told People’s World that this was another concern he had with leaders like Bodo Ramelo. “Ramelow has wavered on this, going back and forth,” the delegate said. In the past, when Ramelow has been questioned by the press on this, he has essentially said that he does not want to get frozen into a positon. “Sometimes you have to make compromise,” he has said.

On keeping the extreme right, the AfD in particular, at bay, all groups in Die Linke agree. “We will always come together and work to prevent them from making gains,” Hecker said. “We battle them in every state in Germany.”

On the leading domestic battle against the right today in Berlin—the fight for affordable housing—the Communist Platform is also in sync with all the other groupings in Die Linke. They are playing a leading role in waging a united front battle against Deutsche Wohnen and other real estate giants trying to gentrify the city.

Die Linke has launched an “Expropriate Deutsche Wohnen” initiative and, with the full backing of the Communist Platform, is in the process of gathering 20,000 signatures on a petition to open for plebiscite the question of seizure of the company by the government of Berlin. Once they hit 20,000, they can start a drive for the 75,000 additional signatures needed to put the question on the ballot for the voters. Everyone in Die Linke is confidently predicting they will reach their goal of the public takeover of the largest real estate giant in Berlin. They will make history, they say, in the fight against the real estate industry. 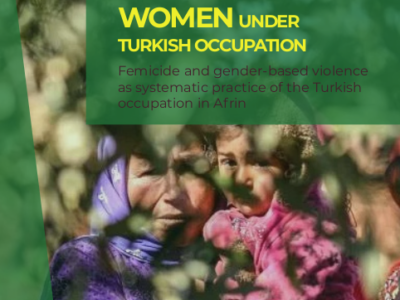