Venezuela and China: A friendship forged in struggle 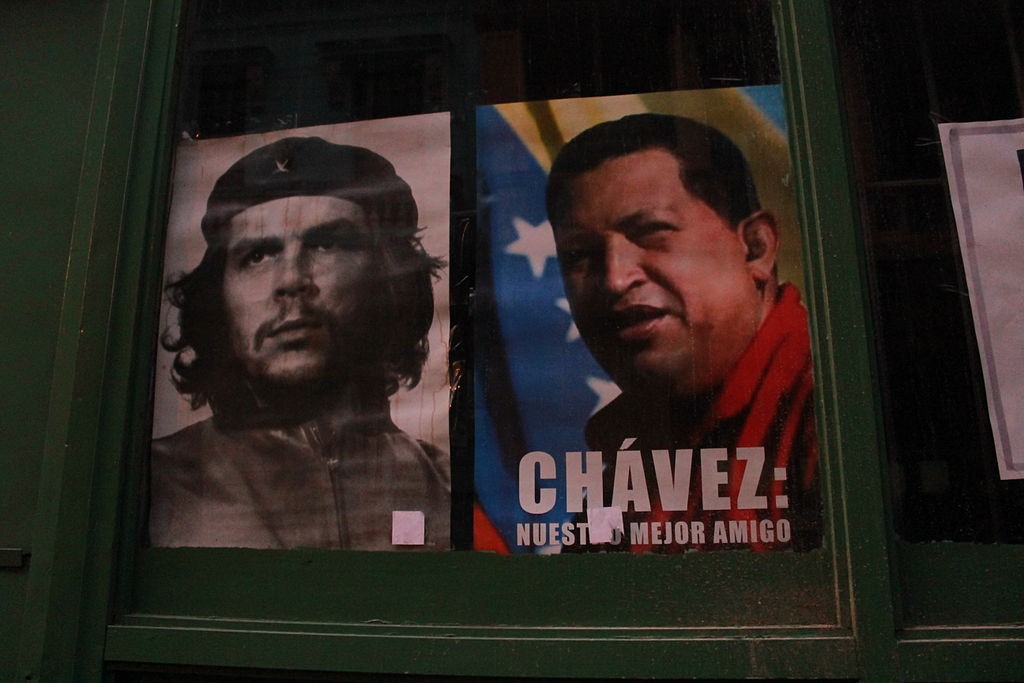 Last Friday, I spent the morning at a packed building in Beijing’s Sanlitun, a part of town known for its agglomeration of diplomatic missions as well as glitzy shopping districts.

Mercifully, the former was on the agenda that day. We were at the embassy of the Bolivarian Republic of Venezuela in China to ring in an important anniversary—209 years to the day since the country declared its independence from Spain. Simón Bolívar and other revolutionaries conducted a protracted crusade to free their people from oppression, inspiring other nations to wage their own liberation struggles in turn. Though the declaration was a watershed moment, it was only the beginning of a long campaign by the peoples of Latin America to break the shackles of colonialism and stand on their own two feet.

This campaign is, unfortunately, still ongoing. For countries in the Americas and elsewhere, true independence is not guaranteed even today. Many still bear wounds and trauma wrought by assassination plots, foreign-imposed military rule, and “clandestine” violence that tore apart the collective psyche of whole continents. Bolívar’s homeland is no exception; Venezuela has had many hardships and setbacks, largely the result of neocolonial plunder and exploitation.

But none of these have deterred the Venezuelan people from their fight for dignity and self-rule. Imperial designs were dealt a severe blow after the election of Hugo Chávez, a transformative figure who defined Bolivarianism for a new century and fiercely asserted his country’s place in the world after a failed coup attempt in 2002. This put a target on his back for the rest of his life, yet even in the face of near-constant encirclement, he and his United Socialist Party put together an impressive array of social programs and poverty eradication measures. Chávez passed away in 2013, leaving behind a career that stands as testament to the power of a people acting as one.

Even with this legacy of achievement, Chávez and his successor Nicolás Maduro knew one country can’t go it alone—and few places understand this better than the People’s Republic of China. With their shared heritage of resistance, Venezuela and China made a perfect match, especially after Chávez’s election in 1999.

Since then, the two countries’ partnership has grown by leaps and bounds. Trade between the two has expanded considerably, from around $700 million that year to tens of billions by 2012. China’s policy of non-interference in other countries’ internal affairs carries obvious appeal to a place in the crosshairs of powerful nations like the United States, and a mutually beneficial arrangement between two Global South countries creates new networks of cooperation for historically underdeveloped regions looking to shake off the yoke of a colonial past.

This relationship is even more important now, as a self-declared “interim president” attempts to divide the country and seize power on behalf of his imperial paymasters. As a regime of sanctions, sabotage, and military threats is imposed on Venezuela and its people, allies become even more crucial if both are to stay free and independent. China has proven a trustworthy partner in this regard and many others; trade has kept up the flow of essential goods, technology sharing has boosted both sides’ development, and each country has defended the other’s political and territorial integrity at international bodies like the United Nations.

So high turnout at the embassy made perfect sense. Delegates from government, military, and civilian sectors in Venezuela pledged to resolve all challenges to the country’s right of self-determination, internal and external alike. They were joined by diplomats from Iran, Syria, Cuba, and China, who extended their congratulations on the momentous occasion. A universal theme emerged as speakers observed the difficult situation in Venezuela, due in no small part to machinations by “great powers” that see the world as their private playground. Linked by a quest to maintain autonomy, these representatives and their constituent countries have found common cause despite differences in politics, economic systems, and culture—an example for those continuously mired in squabbles from the past.

Hearing these impassioned speeches and seeing the solidarity these countries demonstrate in defense of their sovereignty put things into perspective in a way little else can. My troubles seemed insignificant compared to the difficulties these people face for daring to claim their own destinies—because they are insignificant, wholly and utterly. I have never known the terror of foreign invasion and bombing as China and Syria have, nor the suffering brought on by the brutal unilateral sanctions Iran and Venezuela now endure. A cruel embargo has been forced upon Cuba for over half a century, depriving its people of too many necessities to name. These indignities and more dwarf whatever petty concerns we have in everyday life, serving as a reminder of how hard others have it—sadly necessary, as many quickly forget issues that don’t affect us personally.

These are the types of relationships nations should be forging in the 21st century—no longer defining ourselves by the length of our “enemies list,” as one U.S. president infamously did. Instead, we should be building a system based on understanding, compassion, and friendship. That was the spirit of the room Friday morning—a spirit I hope will eventually spread to every corner of the world.

I’d prefer not to think about the alternative.

* By Ian Goodrum – Ian Goodrum is a also a writer and digital editor for China Daily in Beijing, China.

Poster celebrating Hugo Chávez next to a poster depicting Che Guevara in a street of La Habana, Cuba