Who are Venezuela’s colectivos?

The media calls them armed thugs and US Senator Marco Rubio wants them put on the terrorist list, but who are Venezuela’s colectivos (collectives)? 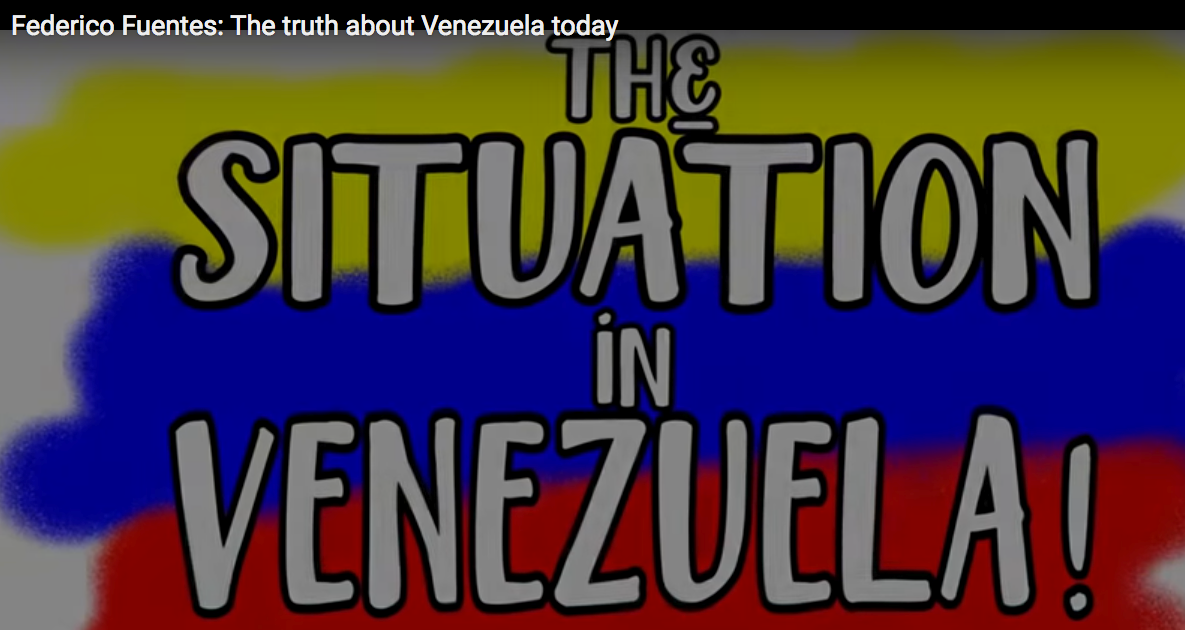 The media calls them armed thugs and US Senator Marco Rubio wants them put on the terrorist list, but who are Venezuela’s colectivos (collectives)? Green Left Weekly’s Federico Fuentes met with some of them to find out.

As we walked around the 23 de Enero barrio in Caracas, an announcement came through Cucaracho’s walkie talkie: “We are in a war and the main target of this offensive is the popular movements, the colectivos. This is no coincidence: they know the colectivos are their main obstacle and 23 de Enero is the tip of the iceberg.”

Cucaracho — “that’s what they call me” — is a member of the Alexis Vive colectivo, which is active in this historically militant neighbourhood strategically located close to the presidential palace.

Its history and location means 23 de Enero is regularly referred to as one of the main bases for the colectivos.

Demonised by the international media and targeted by the opposition, the colectivos have become a symbol of scorn for President Nicolas Maduro’s opponents.

They are regularly portrayed in the media as armed gangs and the last bastion of support for Maduro’s government. But the reality of the colectivos — like almost everything in Venezuela — is vastly different.

Many of the groups today labelled as colectivos predate Maduro and his predecessor Hugo Chavez. Others, like Alexis Vive, emerged during the Chavez presidency.

Almost all of them are community organisations that have flourished under Venezuela’s Bolivarian Revolution.

“They view the colectivos as similar to the insurgent groups in the Middle East that resisted invasion” explains Cucaracho. “That is why they demonise us. They see us as a barrier, as a final line of defence, but they don’t come to see our reality.”

Alexis Vive was instrumental in establishing the Panal 2021 commune. Promoted by Chavez, communes have become the main form of democratic community organising across the country.

The Panal 2021 commune, which incorporated about 3600 families in a sector of 23 de Enero, has its own self-managed enterprises such as a bakery and sugar-packaging plant, its own radio and cable TV station, its own transport and food distribution centres, and even its own local currency.

Profits from all of the commune’s enterprises are deposited in the communal bank and redistributed to projects decided upon by the community.

“The idea of the commune is to disperse power”, explains Cucaracho, “so that the people are the ones who make the decisions.

“Our role is to train cadre and teach people about the strategic vision of the commune.

This does not mean that colectivos limit themselves solely to community work.

In San Fernando, the capital of Apure state, I spoke to members of the Union of Motorizados — motorbike couriers who are regularly labelled as colectivo members.

“The opposition are the violent ones,” one of them said. “They loot shops, set houses on fire. So what happens? We, the motorizados, come out and then they run away, they don’t come back.

“You won’t find us looting shops or creating chaos. But we are also not going to let others set people’s houses on fire.”

“The last time they protested,” another said, referring to the wave of violent opposition protests that rocked the country in 2017, “they burnt down a nursery. What sort of protest is that? Those kids have got nothing to do with what is going on, so why are they being targeted?”

Junior is a member of the Bolivar and Zamora Revolutionary Current (CRBZ), another group denounced in the media as a colectivo, but which has its origins in a group of campaigners for peasant rights formed in the ‘90s. He was among those present on the Venezuela-Colombia border on February 23, when the United States sought to violate Venezuelan sovereignty under the pretext of bringing in “humanitarian aid”.

Junior explained that the CRBZ decided to send some members to the border during those days. “It was an internal decision. Those of us who are the most politically clear, the most prepared, were the ones who went.”

“We didn’t go because the government told us to go. It was our political consciousness that took us there.”

The build-up to the events on February 23 meant that the possibility of violence was ever present. Not knowing what to expect, Junior explained that they “psychologically prepared for the worst, for anything that might come.

In the end, the opposition’s mission failed. Even the media’s lie that the Venezuelan armed forces had burnt trucks carrying humanitarian aid was revealed to be false when videos emerged showing opposition protesters had cause the fire.

According to that same media, colectivos had attacked protesters on the Venezuelan side of the border. But Junior recounted a different version of events.

“The border region of Tachira is very complicated,” he said. “The Venezuelan opposition there works with Colombian paramilitaries to increase their strength.”

“On February 23, there were some small protests on this side of the border in disputed areas, areas where you have Colombian paramilitaries who are struggling to gain control of the area because it’s a strategic region for them.

“Their presence provides the opposition with logistics and force.”

Despite the paramilitary presence, the opposition was unable to generate the kind of violence they hoped for, though Junior explained that he, along with others from the CRBZ had to find alternate means to get home after opposition protesters set some of their vehicles on fire.

“The media generally does not portray the reality of events. The reality is that the violence overwhelmingly comes from the opposition”, Junior said.

“The opposition always tries to provoke violence because they know the media will simply say the government is responsible, that the government represses the people, and use this as an excuse for intervention.

“The media always take the side of the opposition; they don’t tell the truth.

“They sell a message to the rest of the world that is false. They are not balanced in regard to their information and their reporting on what is happening here.”

Colectivo members I spoke to acknowledged that, in some cases, state intelligence agents had either infiltrated certain colectivos or masqueraded as ones to attack and intimidate opposition protests. But, although this was more the exception rather than the rule, it is these groups the media have focussed on.

Rafael Ramos, a postgraduate student at the Institute for High Studies in Diplomacy Pedro Gual explained that the media’s portrayal of the colectivos has a clear intention.

“This editorial line is pushed to make international public opinion believe that Chavismo has lost all its support.

“They are introducing the idea that Venezuela is supposedly a dictatorship, with no freedom of speech, and that Chavismo is just limited to a few remaining supporters who potentially have to be exterminated.

“Because they’re just a few people, then violence against Chavistas, the colectivos, is justified. The media dehumanises them, portrays them as non-human, so in the end it doesn’t matter if they treat them like animals or kill them.

“The image they are trying to portray internationally is an attempt to justify violence.”

The colectivo members I spoke understand this.

“We are human beings, like everyone else” said Robert Longa, whose voice I had heard through Cucaracho’s walkie talkie. “We live in the community, participate in the commune, attend assemblies, study and look for ways to produce food to deal with the crisis.

“But we are conscious that we are in a war.

“Not against the opposition because opposition doesn’t exist, they cannot overthrow Maduro. We are up against imperialism.”

“They attack the colectivos because we are willing to defend our model. The colectivos are organised with the aim of deepening the Bolivarian Revolution through popular organisation and the creation of the communal state.

“We are strongly convinced that this is the correct way forward: a government of the people based on participatory democracy.”

“We will resolve our problems within the revolution. We are Chavista and we will not betray Chavez.”

“The people want the revolution to be deepened. They want the bureaucrats kicked out once and for all; for the land to be given to the peasants and the factories to be taken over by the workers.

“We want a radicalisation of the revolution. We want all power to the people: that is what we seek.

“But for now our problem is with the gringos. Once we resolve this issue, then we will deal with our own internal problems.”

* By Federico Fuentes (who visited Venezuela in March as part of a fact-finding visit by solidarity activists.)

Material published on Green Left is very welcome to be reposted, providing green Left is credited and a link back to the original is included.