Our inner and outer crises are two sides of the same coin. It’s time we acted on that fact 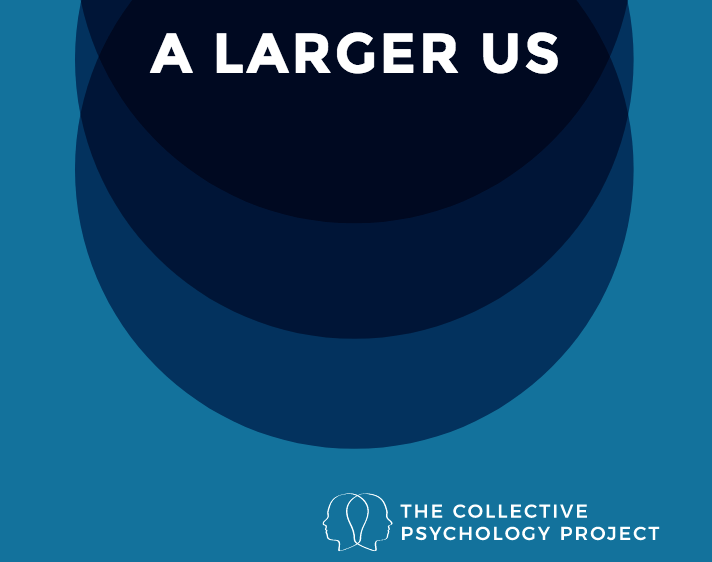 He might have been talking about today. All over the world we’re succumbing to polarisation, tribalism and sectarian thinking. The erosion of our sense of common ground is preventing us from responding to some of the toughest and most urgent challenges we’ve ever faced, like climate breakdown, hyper inequality and mass extinction.

Whether we manage to find our way through depends primarily on what goes on inside our minds – on whether we’re able to manage our mental and emotional states at a time of extraordinary turbulence; whether we reach for the right stories to explain what’s happening at this moment in history; and above all, whether enough of us can see ourselves as part of a larger ‘Us’ instead of a ‘them-and-us,’ or just an atomised ‘I.’

Our future depends, in other words, on collective psychology.

I started thinking about this while working as a campaign director at Avaaz, where part of my job was running Avaaz’s Brexit campaign. Over time, I came to think that the biggest risk with Brexit was less leaving the EU with no deal than the polarisation that Brexit had unleashed. This felt less like a political issue than a septic wound in our body politic, one that would require a far deeper resolution than a second referendum.

My unease deepened when I left Avaaz last year to take a sabbatical in Jerusalem – and saw an even more extreme form of polarisation. I hadn’t been there since 2004, and it was chilling to see how far Israelis and Palestinians had retreated into mutually-exclusive narratives. Each side blamed the other for everything, and was wholly unable to see how it might also have helped to create the current situation.

But I also found something hopeful and fascinating: the work of ground-breaking psychologists who were exploring the idea that polarisation in Israel and Palestine is best understood as a mental-health issue that results from collective trauma and threat perception.

So it’s hardly a surprise that Continuous Traumatic Stress is endemic in both Israel and Palestine. As with PTSD, classic symptoms include irritability, anxiety, hyper-vigilance, and especially ‘othering:’ blaming everything on scapegoats. When enough individuals display these symptoms, the effects start to seep into politics too.

The more I saw of this in Jerusalem, the more it reminded me of Brexit Britain or Trump’s America, or the rise of the far right in Europe. Not to the same degree, of course – but on the same spectrum.

Of course, most Trump or Leave voters aren’t traumatised in the medical sense. But they are often anxious, and anxiety, like trauma, is essentially about an unresolved perception of a threat.

Threat perception is prominent in polling data too. One of the strongest predictors of voting for Trump was agreement with this statement: “the American way of life is threatened.” Similarly, a clear majority of Leave voters in the UK in 2016 agreed that “Britain increasingly feels like a foreign country, and this makes me feel uncomfortable.”

And of course, plenty of progressives felt like they too lived in a foreign country the morning after the Brexit referendum or Trump’s election. That’s the whole point about threat perception – it’s contagious.

Once it starts, it can easily create a self-amplifying feedback loop that leads to two incandescent camps at each end of the political spectrum, and what More In Common calls an ‘exhausted majority’ in the centre, despairing at the ugliness of politics and the apparent impossibility of progress on real world issues.

So what can we do about it? To start with, we need to understand that our inner and outer crises are two sides of the same coin.

We usually think of the problems we’re facing in the real world – climate breakdown, mass extinction, inequality, poverty – in a different category from our crises of mental health, like our epidemics of depression, anxiety, suicide, and self-harm, especially among the young.

But actually, our inner and outer crises aren’t separate. Take depression or anxiety. We used to think that they were caused by imbalances in brain chemistry, and that the way to treat them was simply to take drugs to redress the imbalance. Now though, we’re realising that they have deep roots in how our ways of living fail to meet the psychological needs of many – and maybe most – of us.

It turns out that ultimately, democracy depends on citizens who can manage their mental and emotional states, feel empathy for each other, and share a sense of common identity and purpose – things in which we’ve invested next to nothing.

So right now, our internal and external crises are reinforcing and amplifying each other, creating a situation full of risk. How do we interrupt this dynamic?

This is the question we’ve been asking at the Collective Psychology Project in interviews and convenings with psychologists and psychotherapists, activists and campaigners, policymakers and journalists. These conversations have consistently come back to three psychological transitions that we need to make, both individually and collectively.

The first is from fight-or-flight mode to self-awareness. When fear and anxiety become central to politics, tribalism is the result. So we need to be able to manage our mental states so that we can choose how we react to events instead of sliding into an instinctive defensive response.

This is something that we can learn to do, as plenty of examples show. Cure Violence in Chicago identifies those at highest risk of getting involved in gang conflict and then focuses support on them. Or take Openmind, a website which can help you to identify your cognitive biases and train you to be more open to differing points of view.

The second transition is from powerlessness to agency. Feelings of powerlessness – in our own lives, communities and politics – are bad news for our health: they treble the risk of anxiety and depression. They’re bad for politics too, being strongly correlated with authoritarianism, and holding us back from tackling real world injustices that in turn undermine psychological wellbeing.

So we need to build more agency in our lives, and the ability to organise to shape our collective future. Again, that’s something we can learn to do – with tools and platforms like Act Build Change, a superb online training for community organisers.

Third, we need to make a transition from disconnection to belonging. Our epidemic of loneliness is disastrous for health, up there with smoking in terms of its impact on life expectancy. Plenty of data show how loneliness undermines empathy and makes us vulnerable to extremism.

Here too there are important bright spots like Participatory City, which is helping to build dense networks of friendship in Barking and Dagenham, or the National Citizen Service, which helps 16 and 17 year olds to see what they have in common with others from different backgrounds.

But despite these bright spots, the overall picture is one of unmet needs and large-scale under-investment. This may partly be because historically, religions have been homes for the kind of things that are both inner and outer, individual and collective. At their best, religions offer all kinds of techniques for developing self-awareness, from meditation and prayer through to shared myths that provide whole societies with stories and rituals.

Or look at the ways in which religions have built agency – from practical compassion in everyday life to energising vast political movements for the abolition of slavery, civil rights or the cancellation of third world debt.

Or consider belonging, and the traditional role of religions in creating congregational spaces where everyone can feel at home despite their differences and shortcomings.

But as religion has retreated from public life, and more recently from many of our own lives, we’re left with the question of how to fill the gaps that are left behind in these areas. This is a massive question, and there are no quick answers – meaning that we need to create more spaces for asking that question together, in order to find our way through the inner and outer crises that are mounting up around us.

Collective psychology isn’t a field that will be delivered for us by expert practitioners; we are already practitioners ourselves – whether we’re conscious of that fact or not. But we must get better. Our future depends on it.

The Collective Psychology Project’s report A Larger Us is published [here].

Alex Evans is founder of the Collective Psychology Project

“Telling the stories of people who combine personal and social change in order to re-imagine their societies.”