Home > Talking Kurdistan > The AANES Remains the Only True Option for Peace, Stability, and Freedom in Syria

The AANES Remains the Only True Option for Peace, Stability, and Freedom in Syria

this democratic, rights-based polity, which was established in 2012 after the Assad regime left the area, remains the region’s best bet for stability, justice, and peace 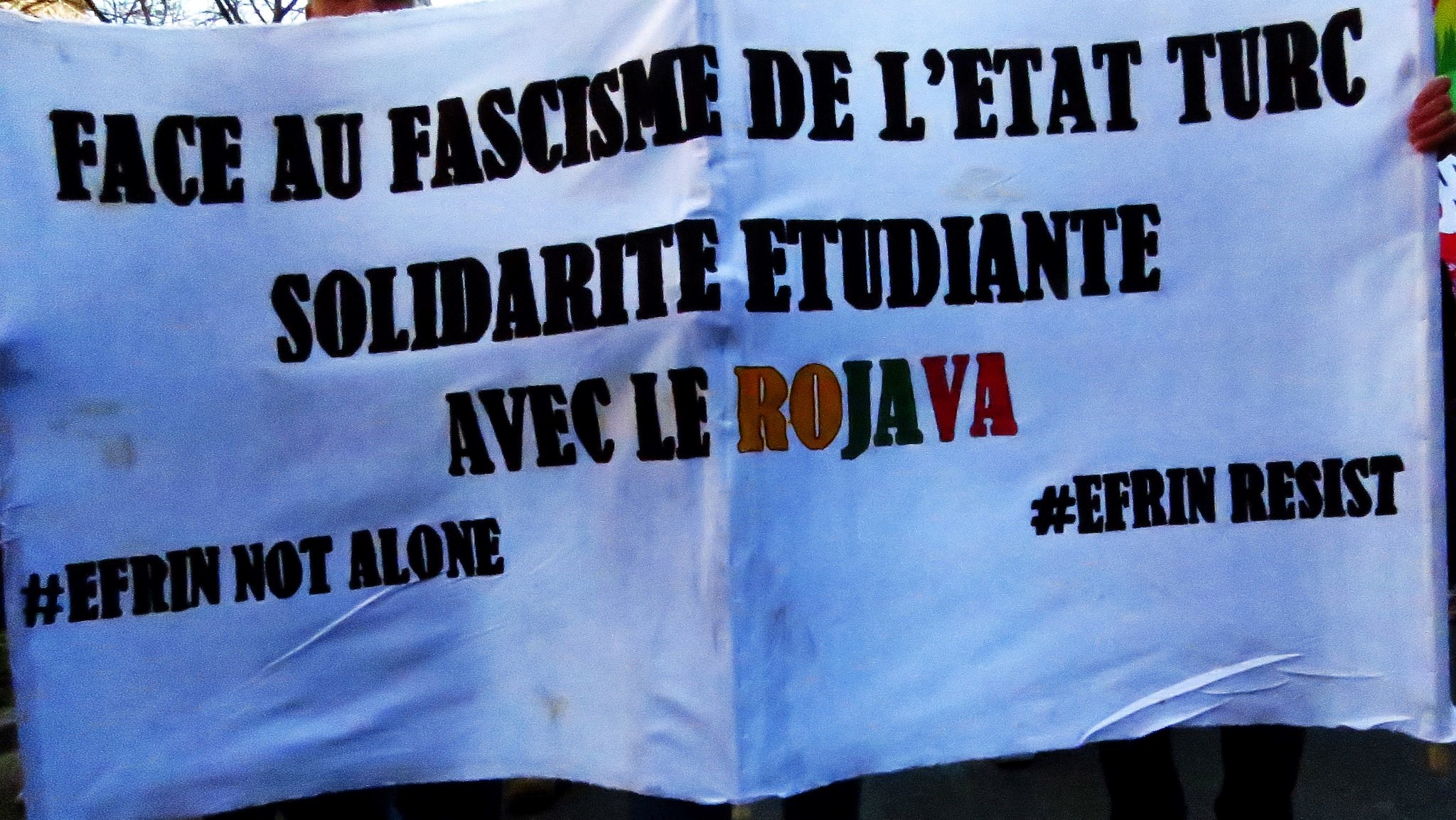 The Autonomous Administration of North and East of Syria (AANES) retains many internal threats, is surrounded by enemies, and is lacking in necessary resources. And yet this democratic, rights-based polity, which was established in 2012 after the Assad regime left the area, remains the region’s best bet for stability, justice, and peace. Thus if the U.S. and other global and regional powers truly seek a more peaceful, stable, and democratic Syria, they should step up their support for this fledgling government.

One of the AANES’ most pressing challenges remains the internal threats from ISIS remnants and sympathizers. Although the ISIS (Daesh) physical “Caliphate” may have been eradicated after March 23, 2019, many elements remain — ready to undertake asymmetric warfare and terrorist attacks. As many U.S. officials and experts predicted, Daesh is still around and has begun launching brutal attacks both in Iraq and Syria. In both Syria and Iraq, the terrorist organization has begun setting fires to thousands of acres of mainly Kurdish lands right before the harvest season. Daesh has been targeting farmers for many reasons, including the easiness of the tactic (i.e., most of the wide land of crops stand unguarded). In addition, ISIS realizes the great economic damage these attacks have on the region and these countries.

While the burning of Kurdish and other ethnic and religious minorities’ crops may result in political advantages for other groups (e.g., Iranian-aligned Shia parties), for many others Daesh’s new tactic has caused immense losses for the poorest classes and communities in both Iraq and Syria. And in addition to these crop attacks, ISIS has violently attacked civilians and security forces on many occasions. According to the Rojava Information Center, in May 2019 alone ISIS killed 78 people in 139 attacks in the north and east of Syria. These tactics are very similar to those utilized by Al Qaeda in Iraq between 2003 and 2014; however, the large-scale targeting of crops is something new.

Furthermore, the Kurdish-led Syrian Democratic Forces (SDF) has detained hundreds of Daesh sleeper cell members since the territorial defeat of the ISIS Caliphate. This is one of the many reasons that the SDF opposed any planned sudden withdrawal of U.S. troops from the region.

In a recent interview with the Washington Kurdish Institute, SDF Senior Adviser Polat Can provided valuable detail on the history and status of the Daesh threat in the region. According to Can, last month the SDF launched a campaign that included pushing ISIS out of territory south of Deir Al-Zour and south of Al Hasakah, areas heavily populated by Sunni Arab tribes.

“Following the collapse of the Caliphate, the remaining terrorists dispersed between many desert areas,” Can said. “Some of the communities in these areas embraced, encouraged, and/or assisted in the development and strengthening of Daesh.”

Can explained that many Daesh members who enjoyed support from these locals have now transformed their work into “clandestine actions as sleeper cells seeking revenge and unrest in the region.”

Responding to a question about the significant number of attacks in May, Can said: “Soon after the announcement of the victory over Daesh in Baguz by the SDF and the U.S. forces, Daesh sleeper cells that had spread into the desert region started attacks targeting civilians, and some checkpoints and patrols in Al Raqqa, Manbij, and Deir Al-Zour. This confirmed that there is a terrorism incubator in the region.”

Daesh’s focus remains strongly on the Kurdish-led AANES. But they are not the only threat facing the AANES. Both the Assad regime and Turkey have their eyes on taking control of the AANES region. Turkey has even realized part of this ambition, having invaded the region of Afrin in 2018, in a brutal military campaign that was given Russia’s blessing. Since November 2018, Turkey’s authoritarian President Recept Tayipp Erdogan has continually threatened to invade the rest of the AANES region. Turkey-backed local Jihadist militias have shifted their focus, no longer focusing on combating the Assad regime and now making the Kurds and the AANES their priority target. This change of focus began in 2015 when Erdogan ended the peace process with Turkey’s Kurdish political parties and began launching attacks on Syria’s Kurdish groups. Most of these Syrian Jihadi groups based their ideology either on Al Qaeda or Muslim Brotherhood doctrines.

“There are many extremist groups and factions that share a common denominator with Daesh,” Can said. “There are also parties and sides that benefit from Daesh and use them to target others as a means to implement their agendas.”

“In the meantime the Assad regime, backed by Russia and Iran, also retains ambitions on the AANES region — especially since the U.S. has taken no clear stance on supporting the AANES,” he continued. “In fact, following President Trump’s announcement that U.S. troops would be leaving Syria, a large number of Iranian-backed militias and forces from the Assad regime moved their positions closer to east of the Euphrates, to the point where Assad’s control ends and the AANES control begins.”

When asked about the Assad regime’s role in fighting Daesh, Can expressed skepticism.

“The regime was not serious for one day in fighting Daesh terrorism,” he said. “I am not saying that the regime and its partners did not fight Daesh. It definitely did. But it was not a priority.”

The Assad regime instead has been using the weakening of the AANES under ISIS attacks to its advantage.

“The regime and its allies are vigorously seeking to return total control over areas liberated and protected by our forces to their purview,” Can said. “They are striving to incite some of their associates: Baathists and tribal figures against who are against this local administration [the AANES] and who are against our forces. It is their interest to aggravate problems, issues, and instability in our region to make itself the better alternative.”

Can concluded his talk on this issue with a point most in the AANES agree on.

“The terror activities and the Turkish threats against our region are also, in one way or another, serving the Assad regime’s goals to control the area,” he explained.

Yet as complicated as the situation in Syria is, the AANES remains the best option for a stable and democratic model in Syria. This is why, in addition to the fact the AANES is dominated by Kurds and other ethnic minorities, regional powers (e.g., Turkey and Iran) and anti-democratic and illiberal local forces (e.g., Assad regime and Islamist groups) are committed to weakening and destroying the AANES.

The Assad dictatorship, because of its nature and terrible crimes against humanity, is not a true option for a future stable and peaceful Syria. Nor is any entity that operates as a proxy to the Turkish government, which continues to target U.S. interests in the region and around the world. Thus the only direction available to the U.S. and the world, the only justice and right direction for the U.S. and the world, is to support the AANES. Official recognition and strong support of the AANES will benefit the world and perpetuate security, democracy, and human rights.

Supporting the AANES will help secure the region and finally effectively eliminate terrorist and jihadist forces in the region before they fester and grow into a threat similar to that of ISIS in 2014. In addition, supporting AANES will help stave off any power growth of Al Qaeda or similar organizations. The horrors of the Assad dictatorship, both for its people and for other powers in the region and around the world, can be prevented with a strong AANES.

On the other hand, if the U.S. and the world were to turn their eyes from the situation and let Turkey have its way with the region, millions of people will become refugees. This will only exacerbate Europe’s refugee crisis, further emboldening far-right parties in Europe and around the world. And these refugee flows will not only be from the Kurdish region, but also from the rest of Syria — from Sunni-populated areas that the Assad regime will surely attack and target. Thus any war between Turkey and the AANES will spell disaster on multiple fronts for the region and the world.

The U.S., Europe, and the Arab Gulf countries can all easily provide some basic support to the AANES at this point. For example, the AANES is in dire need of reconstruction support, especially from those areas newly liberated from Daesh. This would include the safe return of displaced peoples and of basic services (e.g., electricity and water). Such aid could come from the United Nations or from an international funding program.

Security is also an essential necessity for the AANES. The U.S.-led coalition should continue to remain in Syria, with even more than the current level of 2,000-3,000 troops. This would not only help prevent the growth of terrorist, jihadi groups but also help in the training and intelligence support for SDF forces.

AANES also faces an issue with ISIS and jihadist detainees, many of whom are from other countries (U.S. and European countries). While some countries have begun taking back these prisoners, this has been limited, amounting to only about 2 percent of the total number of foreign ISIS members and their families that are currently being held by AANES. Thus, the AANES is in dire need for the international community to set up an international tribunal to try and sentence Daesh members and other such criminals. If this is not a realistic goal then the international community should at least officially recognize the justice system and courts of the AANES. Otherwise, the AANES is essentially left with no options in how to properly handle these detainees.

While Daesh remains a real threat, and the primary threat for the region, the world is lucky to have the AANES controlling much of the region right now. As long as the AANES stands, the spread of extremism is prevented, and the authoritarian ambitions of the Assad regime and the Erdogan-regime in Turkey are checked. And it is only with strong support and assistance from the U.S. and the rest of the world to the AANES that these gains can be retained and expanded.

By doubichlou14  Some Rights Reserved

Autonomous Administration of North and East of Syria, Daesh, Polat Can, Rojava, Syrian war, Top, Turkey
You may also like