U.S. builds fan base in Cuba, aims at regime change 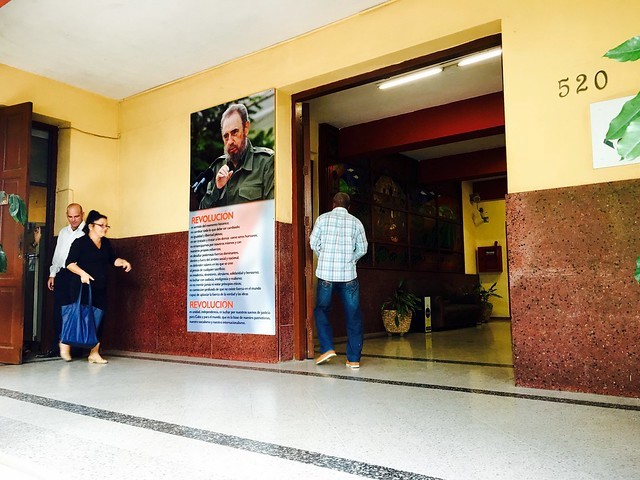 U.S. government agents have long struck at Cuba’s infrastructure, economy, leaders, and population. Such attacks have accentuated recently with new restrictions on U.S. travel to Cuba and steps taken to endanger foreign investments in Cuba—specifically, implementation of a crucial section of the Helms-Burton Law. But all along, including just recently, the United States has pursued more shadowy interventions.

In June, the State Department’s Bureau of Western Hemisphere Affairs (WHA) issued a request for proposals for a project aimed at providing young Cubans with training for periods of six months to a year. Whatever organization winning the WHA contract—and receiving $1,033,086 for its pains—would expose up to four Cubans at a time to experiences and teachers in the United States or in a third country.

The overall purpose of the program, which will operate for three years, is to enhance the skills and capabilities of Cubans viewed as “emerging leaders.” Away from Cuba they would gain experiences and instruction calculated to prepare them for leadership positions someday in Cuba. There would be 25-40 of them. They would range from 20 to 35 years of age. Applications are due in late July.

WHA has already sponsored a similar venture. In 2014, World Learning, an organization that regularly facilitates study abroad by young people, received a $1.2 million grant from WHA to develop a “Summer Leadership Program for Cuban Youth.” Dozens of Cuban secondary and pre-university students in 2015 and 2016 participated in two-week long programs in the United States. Exposed to “leadership development” here, they supposedly gained awareness of “civic education principles and the structure of democratic organizations.”

The current WHA request for proposals highlights the program’s goal of “empower[ing] Cubans to freely determine their own futures by increasing human capacity, promoting community-level engagement, and expanding civil society networks.” Cubans receiving the training would learn “to advance community-focused causes related to human rights and democracy” and “to advocate for democratic principles, and to convey the needs of the Cuban people to a broader audience.”

WHA advises applicants to make plans for meeting likely recruits in the United States or a third country, and not in Cuba. Authors of the project thus own up to the fact that having agents show up in Cuba would reveal they were up to no good there.

The WHA document notes further that authorization for the project derives from the Helms-Burton Act of 1996, which provided for “the furnishing of assistance … to support democracy-building efforts for Cuba.” In fact, that legislation set the stage for a multitude of low-profile U.S. interventions in Cuba. Since then, the U.S. Congress has approved more or less $20 million annually to be spent on creating a political opposition inside Cuba.

The moneys mostly ended up with either the National Endowment for Democracy, acting under State Department auspices, or USAID. These agencies have distributed funds to independent anti-Cuban organizations and other groups that, in turn, provided support for dissident writers, bloggers, web site editors, artists, academics, street protesters, and others.

Tracey Eaton, a U.S. journalist knowledgeable about how U.S. intervention programs in Cuba are funded, reported in 2015 that, as of the following year, over $304 million will have been spent on “democracy-promotion” programs since passage of the Helms-Burton Act. The U.S. propaganda arm, Radio and TV Marti, had received $700 million.

Replying to an interviewer, Eaton opined that U.S. interventionist efforts would persist “as long as the Helms-Burton Law exists that authorizes these programs.”

Eaton documented 42 organizations that in 2017 served as conduits for over $14 million in funds heading to opposition individuals and groups both in Cuba and in third countries. That amount, and over $2 million more that he couldn’t track, reflected grants from either NED or USAID. He was unable to document the distribution of similar awards in 2018.

Cuba thus joins Venezuela and Nicaragua as targets of U.S. “democracy-promotion” programs, the three of them having been designated by National Security Advisor John Bolton as a “troika of tyranny.” The United States does not intervene under similar premises in non-democratic states like Saudi Arabia, Egypt, or the United Arab Emirates—nor in either Brazil or Honduras, where democracy is under siege.

The difference is simple. Some of these nations are U.S. enemies and candidates for regime change, and the others are U.S. allies or dependencies. Democracy promotion is a thin façade.

Yet fairness demands that Cuba too be identified as an intervener: troops to Southern Africa to end apartheid, doctors throughout the world to heal, and agents monitoring anti-Cuban terrorists in the United States. The latter became the Cuban Five political prisoners. The race for democracy-promotion laurels evidently is not a close one.