Amid a standoff over an illegal bonfire in east Belfast, the PSNI police have told Belfast City Council that they fear the unionist paramilitary UVF could open fire if they attempt to remove bonfire material 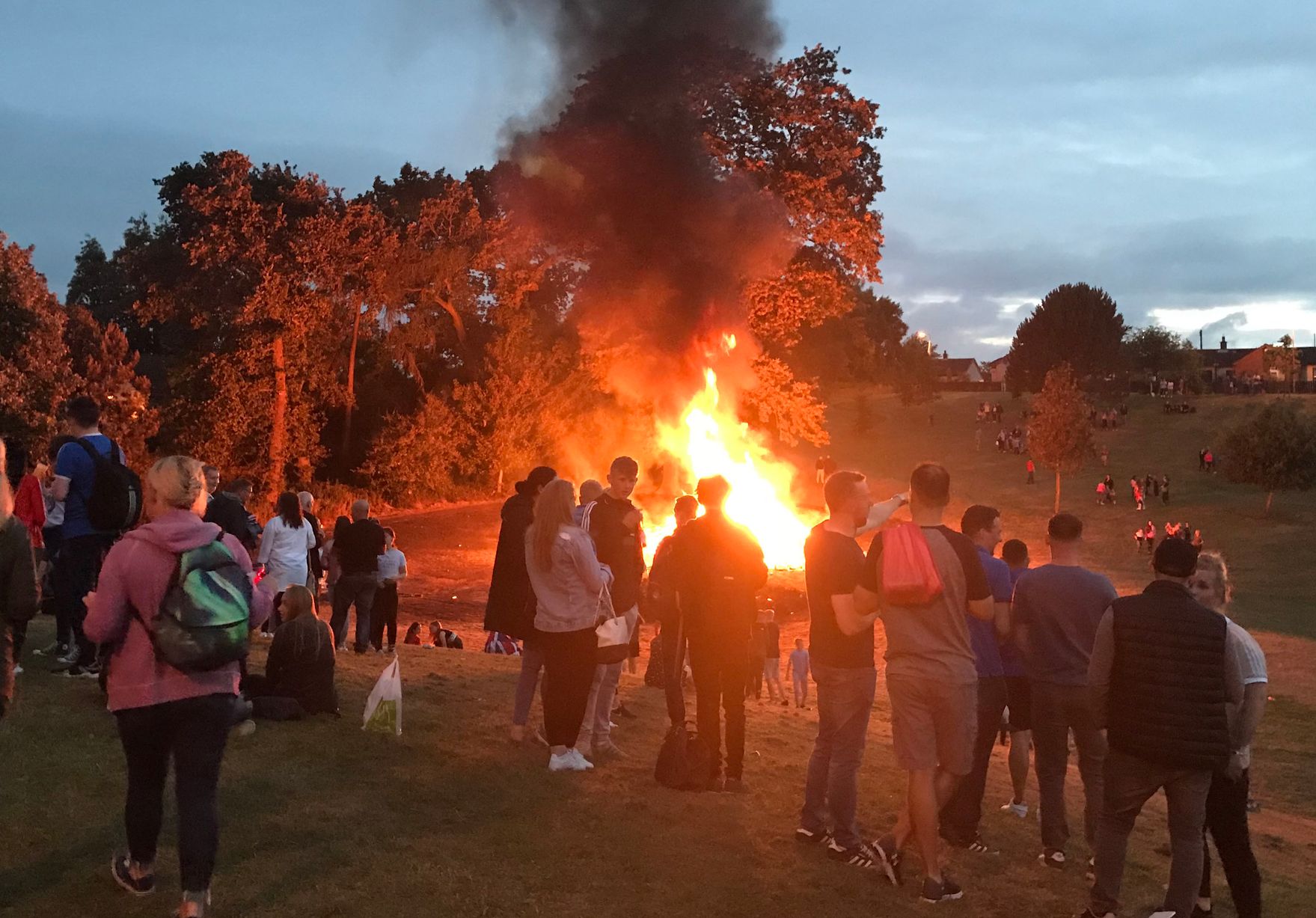 Amid a standoff over an illegal bonfire in east Belfast, the PSNI police have told Belfast City Council that they fear the unionist paramilitary UVF could open fire if they attempt to remove bonfire material.

The bonfire at Avoniel Leisure Centre was erected earlier this month in the carpark of the council-owned centre, requiring it to be closed. The PSNI has reported ‘menacing graffiti’ has now appeared in the area. It is understood the name of a contractor allegedly hired by the council was daubed on a wall.

The bonfire is due to be burned on Thursday evening as part of the traditionally sectarian displays for ‘the Eleventh Night’, the eve of the climax of the marching season by the anti-Catholic Orange Order.

On Monday, an intervention at a larger bonfire nearby in Lismore Street saw the council remove almost 2,000 tyres for environmental reasons, exacerbating tensions with loyalists in the area.

The PSNI have not directly refused to act on a council request for assistance at Avoneil, but they have claimed there is a risk of violent clashes if they take action to help remove the pile of wood.

Their softly-softly approach is being contrasted with their routine military-style operations to facilitate searches of homes in republican areas of Derry. In April, one particularly aggressive raid in the Creggan area of the city resulted in heavy rioting, leading to the death of journalist Lyra McKee.

Sinn Féin called for unionist parties to “show leadership” and support the removal of the bonfire. Sinn Féin councillor Ciaran Beattie said the decision to remove bonfire materials was “clearly the right decision” and the pile should never have been erected on a council facility.

He said the issue with the two bonfires subject to council action was always about the danger they posed and said the leisure centre had been “taken over” by the bonfire builders. Last year, the council took an injunction against the Department for Infrastructure to have a dangerous bonfire removed from its land, and for this reason there was a responsibility to act.

But councillors in Belfast this Wednesday afternoon said they had received a stark PSNI warning about the potential impact of a decision to remove the bonfire. Part of the document leaked to the media read: “The intelligence picture indicates that any attempt by the Council to remove bonfire material will cause a severe violent confrontation, orchestrated by the UVF. The use of firearms during such disorder cannot be ruled out.”

Sinn Féin’s Deirdre Hargey described it as a “sinister development”.

The UVF has issued a number of ceasefire declarations over the past two decades, all dishonoured. Most recently in April 2018, it claimed it would “fully support the rule of law”.

Loyalist activist James Bryson, an unofficial spokesperson for the bonfire builders, has insisted that “loyalist culture” is “under attack” from nationalist and cross-community politicians.

On Tuesday evening, Bryson and news photographers were on hand when several dozens loyalists shouted sectarian slogans as they formed a ring to encircle the wooden pallets at Avoneil. The display was intended as a show of defiance after councillors passed a voted for contractors to remove bonfire materials.

Loyalists are still present at the gates of the leisure centre tonight in an attempt to prevent any council-ordered intervention. Bonfire builders have said they are holding a “cultural celebration” in the carpark.

The ‘East Belfast Cultural Collective’ called on “loyalists across Northern Ireland” to gather at the site.

“There is no threat to life or property, no tyres and no community support for the removal of this cultural bonfire,” it said.

“Should the Chief Constable (Simon Byrne) decide to allow the PSNI to become pawns of nationalists and republicans and invade our community without any unionist support or consent, then relationships with the PSNI will be irreparably damaged.”

In a separate bonfire controversy this week in County Armagh, no action is to be taken against a giant pyre which has threatened homes in Portadown. Residents of three apartment blocks in the Corcrain area of the town have instead been told to evacuate their homes until next week.