Home > Copertina > Big Jump for Hasankeyf around the world

Big Jump for Hasankeyf around the world

The Initiative to Keep Hasankeyf Alive and the Mesopotamia Ecology Movement issued a statement about the successful day of action for the 12,000 years old site 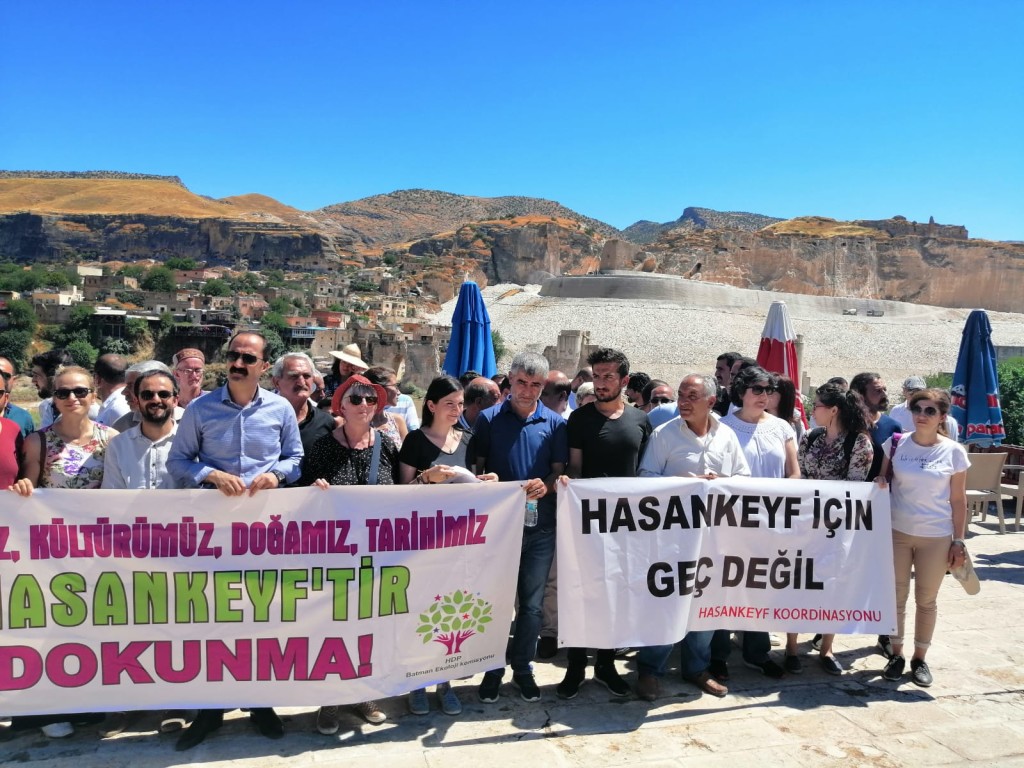 Ecology activists in Hasankeyf, Turkey and the world protested the controversial Ilisu Dam on Sunday, responding to the call by the Initiative to Keep Hasankeyf Alive and the Mesopotamia Ecology Movement.

This day of action was the continuation of the growing activities of the last months against the Ilisu Dam which is almost ready for the filling of its reservoir.

With these latest actions in more than 25 places the participants requested the immediate stop of the mega dam which would also devastate the Tigris region along the Tigris also in Iraq.

The statement underlined that “most actions have been done within Turkey which is a positive development as it shows the growing solidarity wave of the people fighting the Ilisu Dam.”

“The actions in Turkey – said the statement – have been coordinated by the HYG, MEM and also by the Hasankeyf Coordination which is a new turkey wide structure to coordinate the activities against the Ilisu Dam! Several unions, profession organizations, ecology movements, cultural associations, movements for the right to cities have set up the Hasankeyf Coordinationon 5 July 2019.”

Most actions included a jump in a river, but in Berlin for example artist Zehra Dogan performed an artistic action in the central historical church Gedächtniskirche.

Two days prior to the ‘Big Jump’, the appointed Turkish governor for Batman declared that all public meetings/manifestations needed permission for the following two weeks. Swimming in the Tigris Valley was also forbidden.

“Nevertheless – said the statement – activists left for Hasankeyf from different cities. They have been received by more than 1000 police forces, several times more than activists. The police occupied all squares and potential meeting places, even the banks of the Tigris.”

Activists agreed that they would not remember such a deployment of police and armed forces in Hasankeyf for years.

Several HDP deputies and co-mayors as well as the Labour MEP Julie Ward from UK, who have accompanied the activists, negotiated for more than one hour in order to be able to do a statement which has been done under 40 degrees hot wheather.

After the statement some participants went with their cars to a location 50 km far away at the Batman River (a tributary of the Tigris) in order to do the Big Jump. This could be done without any intervention by state forces.

One very important slogan of the successful Big Jump action day, said the activists, was :”It is not too late for Hasankeyf”!

With this the activists express that it is never too late to stop the Ilisu Dam which would destroy the 12.000 years old twon Hasankeyf, flood the Tigris Valley with its rich biodiversity and destroy the livelihoods of up to 100.000 people in the Kurdish region of Turkey.

“Among others, – added the statement – this action day is an expression that the activities in the next weeks and months against the destructive Ilisu Dam and for the defense of Hasankeyf and the Tigris River will continue. As long as we continue it will be quite difficult to complete this project of destruction, exploitation and dominance.”

The statement continued with an information and a call: “In the coming days and weeks we will inform you about new activities. We call upon on every interested individual and organizations to join the next activities and initiative own ones.”

VIDEO OF THE ACTION IN BERLIN 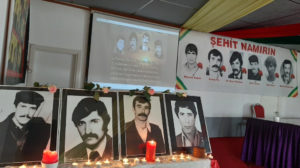 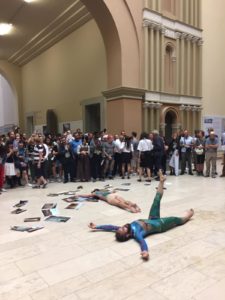 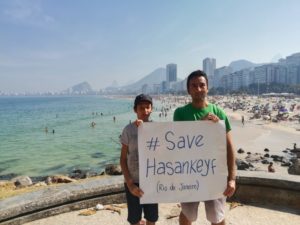 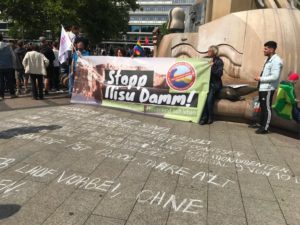 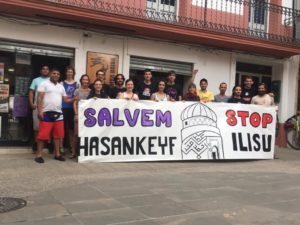 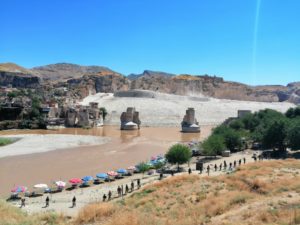 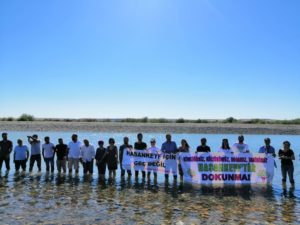 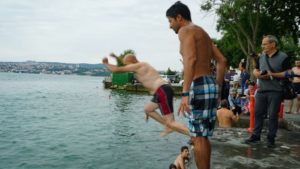 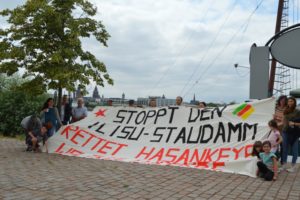 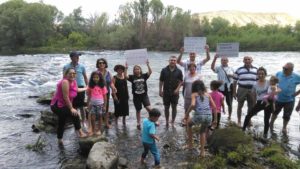 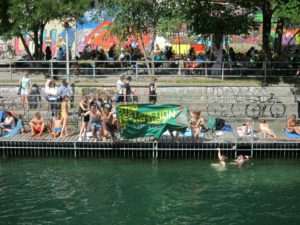 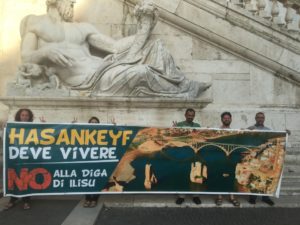