Democratic Society Congress (DTK) co-chair and HDP Hakkari Deputy Leyla Güven, was sworn in and took her place in the Assembly 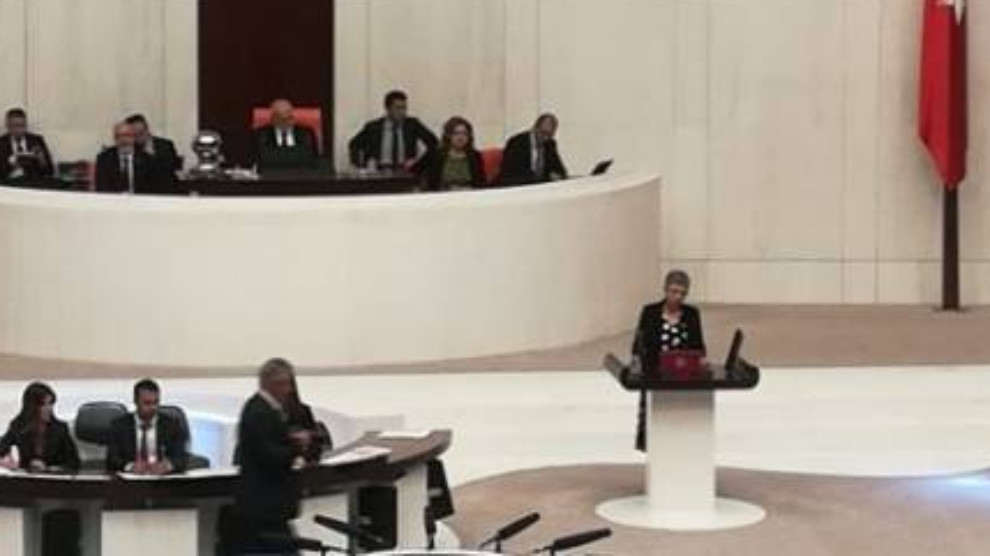 Democratic Society Congress (DTK) co-chair and HDP Hakkari Deputy Leyla Güven, was sworn in and took her place in the Assembly.

Güven went to the podium and took the oath. HDP and CHP deputies applauded. After the oath, Güven will be able to participate in the General Assembly and become a member of the commissions.

The Hakkari MP was arrested on 31 January 2018 and was elected as a member of parliament in the 24 June elections.

In the 10th month of her imprisonment, Güven launched a hunger strike (on 8 November 2018) to demand the lifting of isolation against Kurdish People’s Leader Abdullah Öcalan. She was released on the 79th day of her fast.

Güven, who continued the hunger strike at home, ended the protest on the 200th day after the message conveyed through his lawyers by Abdullah Öcalan.