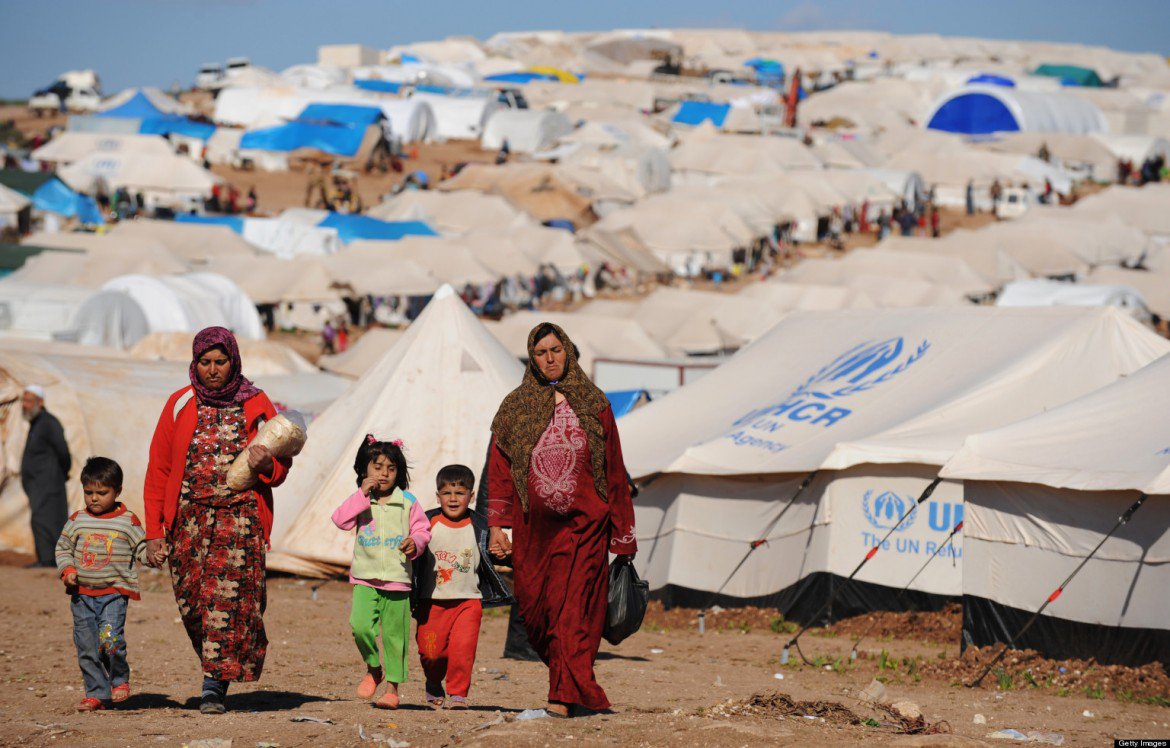 The Governorship of Istanbul announced on 22 July that the Syrian refugees not registered in the city would have to leave Istanbul in less than a month.

However on Tuesday a group of around 100 Syrian refugees who had been taken into custody by order of the Governor of Istanbul was transferred to Turkey-occupied Afrin.

According to information obtained, the Syrians reached Afrin on Tuesday afternoon. It is stated that there are Kurds among the Syrians who were brought to Afrin in four vehicles.

The decision was taken in line with the new instructions of the Turkish Interior Ministry which announced that the Syrians in question will be deported to the provinces where they are registered.

Since the beginning of the Syrian war, Turkey has used refugees as a tool to blackmail Europe, but these latest measures are indeed remarkable.

Turkish Interior Minister Suleyman Soylu said that 80,000 refugees will be deported this year. Soylu said in what sounded as a threat to Europe: “If we open the doors no government will last more the 6  months”.

Turkish Foreign Minister Mevlut Cavusoglu announced that the admission agreement with the European Union was suspended at the same time of the decision by the Istanbul Governorate.

Minister of Interior Süleyman Soylu reiterated on Wednesday that “they had to keep unregistered refugees under control. We are not deporting anyone, we cannot. – he added – Our job is to send the fugitives to camps when we catch them.”

According to the data of Ministry of Interior, Directorate General of Migration Management, as of July 11 this year, the number of Syrians registered under temporary protection with biometric data is 3 million 630 thousand 575.

The statement released by the Directorate has indicated that the number of registered Syrians in Turkey has increased by 16 thousand 931 people in a month. While 1 million 965 thousand 595 of these Syrians are men, the remaining 1 million 664 thousand 980 are women.

There are 819 thousand 60 Syrians between the ages of 15 and 24, which means that the rate of young Syrian population in Turkey is 22.56 percent. Turkey’s rate of young population as a whole is 15.8 percent.

The number of Syrian men is 300 thousand 615 more than that of women. The data of the Directorate has shown that the older the Syrians are, the narrower this gap gets. Accordingly, the number of Syrian women above the age of 55 is higher than men. The number of registered Syrians has increased by 7 thousand 383 people since December 31, 2018.

As of July 11, the number of Syrians living in cities of Turkey is 3 million 526 thousand 996. This figure has increased by 22 thousand 614 people when compared with last month. 97.15 percent of Syrians live in cities. Syrians can currently only register in Adana, Çanakkale, Diyarbakır, Elazığ, Antep, Hatay, Kayseri, Kocaeli, Mardin, Tekirdağ, Urfa and Kilis. In other cities, they can be registered only in cases of serious health problems, marriage and childbirths. The cities that receive new registrations are periodically changed by the Migration Management. İstanbul is closed to receiving Syrians.

According to data of the Migration Management, the highest number of Syrians live in İstanbul with 547 thousand 479 people, the lowest number of them live in Bayburt with 25 people. Bayburt is followed by Artvin with 35 Syrians and by Tunceli with 56 Syrians.

Considered in term of population density, the highest rate of Syrians live in Kilis with 81.14 percent. The number of Syrians registered in the province has increased by 133 thousand people in a month. The rate of the ones residing in İstanbul has also increased by 1,183 people in this period. There are no cities in Turkey without any Syrians.

The Syrians living in Turkey under temporary protection account for 4.43 percent of Turkey’s population. The Turkish Statistical Institute (TurkStat) has recently announced the population of Turkey as 82 million 3 thousand 882.

In a statement released by the Ministry of Interior, the number of Syrians who have been granted citizenship of Turkey was announced as 79 thousand 894 people as of March 8, 2019.

According to the statement of the Ministry, as of November 2017, the number of Syrian babies born in Turkey over the last eight years was 405 thousand 521. On July 21, 2019, the Ministry of Interior announced that 337 thousand 729 Syrians returned to their country.