We publish below the press release by the HDP about the seizure by the AKP regime of the municipalities of Amed, Mardin and Van 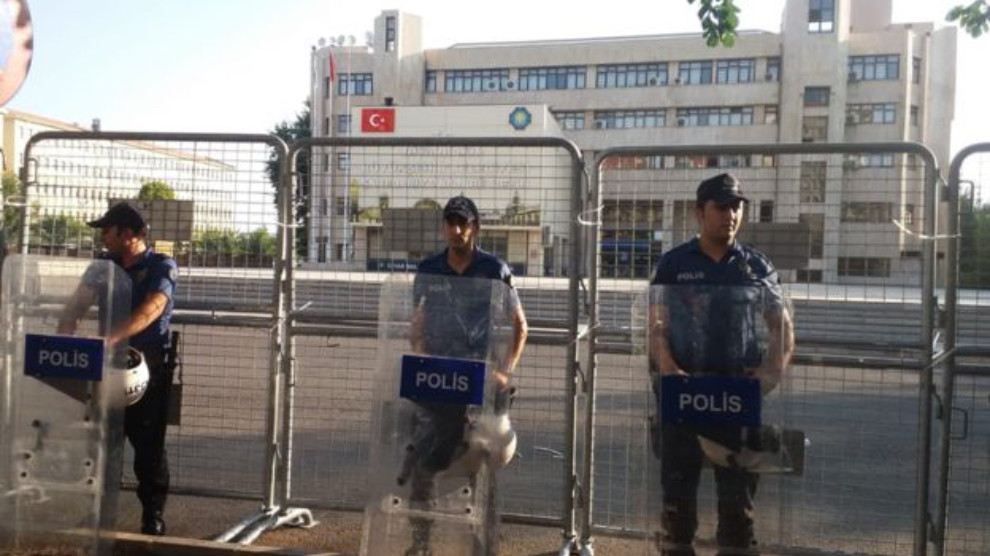 Our Municipal Co-chairs, who were elected with 63% of the vote in Diyarbakır, 56% of the vote in Mardin and 53% of the vote in Van, have been removed from duty with an Interior Ministry order based on lies and unlawful grounds. A severe operation of detentions targeting our municipal council members and employees continues at this moment.

This is a new and clear political coup. It also constitutes a clearly hostile move against the political will of the Kurdish people. The Interior Ministry is acting as the enforcer of decisions and practices that usurp rights and freedoms, carry out provocations and leave not even a single grain of democracy behind.

During the period of kayyıms- the unelected administrators appointed by the state, the resources of all municipalities were squandered, leaving a wreck behind. As reports of the Supreme Court of Public Accounts have revealed, the Interior Ministry and the government have become a center of corruption and embezzlement.

This government and the Interior Ministry have not been able to digest the fact that the corruption and irregularities of the kayyım period and the disgrace of the kayyıms who stole and wasted public resources have been revealed. Since the local military and civilian bureaucracy also fed off this system of corruption, they also became supporters of the period of kayyıms.

This government no longer has even a modicum of democratic legitimacy. To usurp the will of the people, and to extort what they could not gain at the elections, through state violence, force and trickery have become the practices of this AKP-MHP alliance.

The people will never accept such practices. As in the past, the people will claim and protect their will, its elected representatives and its party.

Against this government that usurps the will of the people and refuses to accept the ballot and the elections, we hereby issue our call for solidarity to all forces of democracy, to all our citizens who carry a conscience, to all oppositions parties in or outside Parliament, to all civilian society organizations, to unions and professional associations and to all democratic associations.

It is an indisputable right, in both the constitutional sense, and in terms of universal law, to use all manners of legitimate and democratic methods of struggle against this government. We can win democracy only through the common and determined struggle of the forces of democracy.

This is our call to everyone who voted at the 31 March and 23 June elections across Turkey for democracy, and against the AKP-MHP alliance. This is not only the problem of the HDP and the Kurdish people, but the common problem of all the peoples of Turkey and all forces of democracy. Do not remain silent -to remain silent is to give approval.