UK in turmoil as elections loom 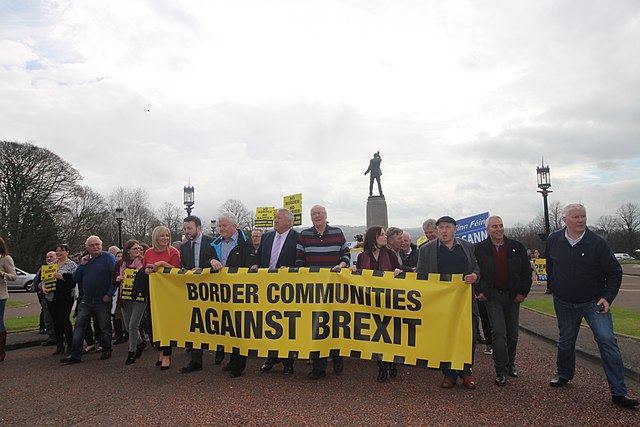 The political parties in the North have put themselves on a general election footing as continuing manoeuvres over Brexit at Westminster mean that a poll may not take place until the end of November.

Following a rebellion by 21 Tory backbenchers during the week against his plans for a no-deal crash Brexit, British Prime Minister Boris Johnson dramatically purged them all from the Conservative Parliamentary Party, leaving himself without a majority in the House of Commons.

His plan to deselect the rebels and replace them in an election with Brexiteers hit the rocks when the Labour Party unexpectedly abstained in a crucial vote required to call an election. As a result, Johnson now commands only a minority of MPs — even with the support of the DUP, he is 41 seats short.

With parliament about to be prorogued by Johnson’s request for five weeks, the constitutional crisis in London looks likely to deepen.

A law to stop a crash Brexit which made it through parliament this week thanks to the support of the 21 backbench Tory MPs requires Johnson to take action to prevent Britain (and the north of Ireland) leaving the EU without a deal. It is expected to become law on Monday, but Johnson has suggested he could simply ignore it.

The biggest setback for the Tory extreme-right came from their failure to call an election. As a result of the Fixed Term Parliaments Act of 2011, originally intended to prevent governments from calling snap elections, the opposition at Westminster has now trapped a virtually powerless Johnson in office.

Labour leader Jeremy Corbyn and the Scottish National Party’s Westminster leader Ian Blackford have agreed in principle that an election should not now take place until Johnson has sought the extension to the Article 50 exit process at an EU summit on October 17-18th.

In Scotland, the SNP is set to score major gains as voters turn increasingly towards independence. An election could also deliver change in the North of Ireland, where the DUP are said to be vulnerable in a number of seats to a pact among the parties who oppose Brexit, including Sinn Féin.

Sinn Féin deputy leader Michelle O’Neill has signalled a willingness to co-operate with other pro-Remain parties to challenge DUP Brexiteer candidates if and when a general election is called.

“Clearly we are moving very quickly towards an election, the Sinn Féin team stands ready to fight that election,” said Ms O’Neill.

She urged people to join the thousands who are already registering to vote ahead of a potential Westminster election.

“The looming Westminster election is our opportunity to reject the hard Brexit madness that is being forced on our island by the Tories and the DUP,” she said.