A message  from a Kurd to the American people

My name is Adnan Hasan , A Kurd from Kobane ,  I want to deliver my appeal (my voice ) to you throw this massage 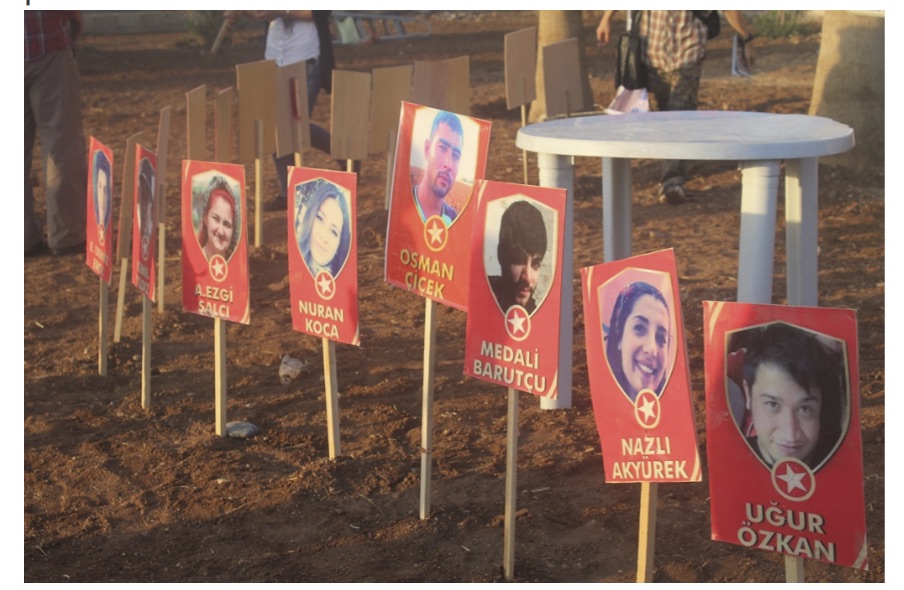 A massage  from a Kurd to the American people

To you Greeting of peace and tranquility

To you greeting of free life

To you greeting of humanity

My name is Adnan Hasan , A Kurd from Kobane ,  I want to deliver my appeal (my voice ) to you throw this massage .

Me and my two sisters in Kobane  are victims of the war against terrorism and ISIS. I lived great pain in the prime of my youth , I saw all of death in my family, in the prime of my youth I have not lived my youth yet , Al Nosra front ( Jabhat Al Nosra ) in 2013 carried out an explosion in the Kurdish Red Crescent in that explosion my dad Osman Hasan 67 years old was martyred , when my dad martyred I went to see his dead-body it was cut piece by piece only his mouth remained and I know him from that , when I saw my dad in that scene the world became black in my eyes , humanity was killed in my eyes and my psychology became bad and bad, till a year my dad’s body was front of my eyes .

After one year my psychology became good because my family support me to passed that , the war  against ISIS began In Kobane , in 30-9-2014 one of ISIS call me by my sister’s phone and said : “we beheaded  your sister , come to take your sister’s head” my sister  Shereen Hasan was an English literature student in Damascus’ university but after my dad martyred she made a promise to revenge and joint to YPJ, in the Kobane battle she was martyred and beheaded by ISIS and they  took her head to (Jarablus) and they put her head in a Yard and sent photos to us !

After I saw that the humanity became black front of my eyes  once again , and as we know Kobane was liberated with the help of the international coalition led by America but Kobane was completely destroyed , we came back to our home but our house was became a pile of stones .

However , our lives started to revive and we said it was our last pain , and we said that from now on we will live on our land and our dignity , and my father and sister have became martyrs of this land, When the Pentagon and the US were providing assistance our military forces we forgot our pain and said this is the first time in history there is someone in our back and it is America The great country in the world .

But unfortunately in spite of those pains there was another calamity on our heads and it was massacre of 25 June 2015 , in that massacre when ISIS infiltrate to Kobane my whole family was killed ; my mother ( Maryam Hami), my brother ( Ahmad Hasan and his wife Rihana Hamo and the were the parents of 6 children ) and my brother ( Rodi Hasan and his wife Parween Hamo  and just they were married 20 days ago ) and my sister (Golestan Hasan ) and my uncle (Mustafa Hasan and two of my cousins and my uncle’s wife Goli Hami).

In my family there is 11 person martyred and all of them was killed by Terrorists group , after that massacre I became half human , I became mad  without feelings , tears no longer exist in my eyes , I no longer believe in human and human rights , I am now half a human , I can no longer  talk about the death , I can no longer hear the sounds of shells and war , I can no longer cry on anyone dear in my heart .

After all this I tried to live again because of all this I turned my house into a books library and I called it “Rodi & Parween “ my friend  Janet Biehl (Murry Bokchin’s wife ) she came to Kobane and saw the library .

Right now Turkish want to attack our city and want to destroy city again and they will displacing people and kill them , all that is left for me is that library in Kobane which has all the memories of my family , if I get out of Kobane and stay away from my library again I will become insane and therefore for every human and humanity will be a black spot  on their forehead, if the world didn’t play their role as required and allowed the Turks to attack my city Kobane the world will be responsible for all this ,especially the US government because we were  putting all our hopes in them.

I want to deliver my voice to the American people through my friend  Janet in order to organize protests in front of the white house to pressure president Trump not to abandon the Kurds and not allow the Turks to attack Kobane , Kobane who offered offerings for the whole world by fighting ISIS and liberating humanity from radicalism.

O American people we and your military forces we have fought with us against ISIS and our blood get mixed on the land of Northern  Syria , Dear Janet you came to the north syria and you saw how we love the life and humanity , I hope that you will deliver my massage to the American people and tell them to do their duty and close the road to the humanitarian disasters that will happened in northern syria.

We kurds want to live with dignity on our land .

Janet my friend I hope to translate my massage to English and publish it in the USA newspaper and media platform  so that the American people can hear my voice and the voice of the kurdish people and to do their humanitarian duty.

Greetings and with the love of life and the humanity