Early elections to be held on 12 December in the UK 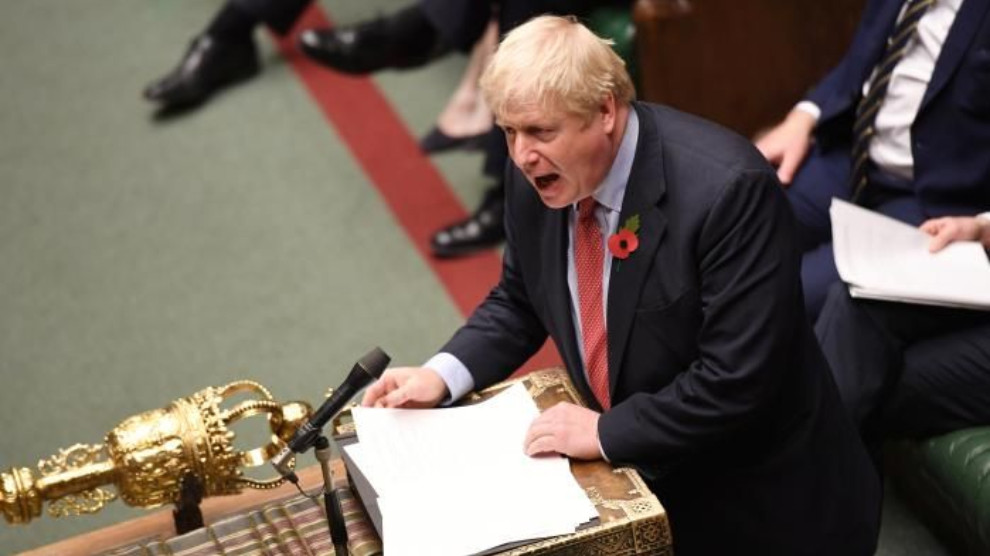 The House of Commons passed legislation for an early Westminster election to be held on 12 December.

PM Boris Johnson has called for the election in the hope of converting public exhaustion at the Brexit statemate into a public affirmation of his latest draft deal and a clear parliamentary majority for the Tories.

After failing last night, the opposition Labour Pary today declared their goal of avoiding a crash Brexit had succeeded, and chose to support a new motion calling for election, as did other opposition parties. The DUP abstained, but the vote passed by an overwhelming majority.

A Labour amendment for the election to be held on Monday December 9 was narrowly defeated, meaning Westminster will be dissolved on November 6 ahead of a general election on December 12.

Despite advanced proposals to reduce the number of Westminster constituencies from 650 to 600, the election will take place using existing boundaries, including the 18 constituencies in the Six Counties.

Sinn Féin’s Michelle O’Neill said the election would be an opportunity to “reject the DUP and the Tories, to reject Brexit and the Westminster chaos and its destructive influence on the north of Ireland.”

“This election is about our future,” she said. “It is a welcome opportunity for the people of the north to have their say on the looming disaster of Brexit.”

She said Sinn Féin had helped ensure that the north’s special circumstances were recognised during Brexit negotiations, while the DUP had ignored the democratic wishes of the people.

“Westminster is in chaos. It has no answers and no solutions. The Brexit debacle has shown that Westminster cannot, has not and will never act in the interests of the people of the north,” she said.

“Your interests in this election are best served by voting Sinn Féin for a different future by sending a clear message to the British government that we want control of our own future through a referendum on Irish unity.”