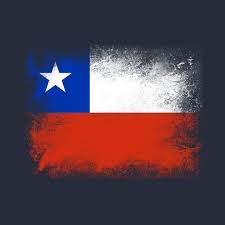 A few years ago I’ve realised that with the passing of time, it was harder to sustain a life in the capital, the jobs wouldn’t last what they were meant to, the salary wasn’t enough for the least of things,

I always found myself in need to sell my equipment in order to concrete another plan for my life.

This year I couldn’t take it anymore, and I took the decision with my partner to move out from the capital, and move towards a province in which we could find ourselves comfortable economically, sacrificing our friends and family. We were in luck, they offered us a job quickly, and a house too, in the city of Chillán, we were near the beginning of a new life, until we heard about the protests in the tubes started to get violent by the military and police forces.

In my 27 years I’ve always seen violence from police forces overwhelming, out measured, and there were always people injured. My first reaction was being afraid.

With the passing of days, the information I received was always more aggressive, I saw videos of people being shot, with bodies filled of bullets, bleeding out in the streets. My second reaction was worse than the first one, I was in panic and in pain, we always think that these situations happen far from home, but I couldn’t be more wrong, it was happening today, in Chile.

With all this information in my head, and watching as my partner mourned, I bought about what I could’ve done to help change the situation, y in a way, not to stay with my arms crossed.

I sold my bike, and bought an old analog camera, it’s not the best or the most expensive camera in the world, but it was the best option I had, it takes quick pictures, without any need of preparation for a professional shot. I went out in the streets with my partner, without knowing exactly what we were going to do, I never did a picture documentary before in a situation like this. The first day, in a peaceful march in Italy Square we saw how the police forces had received order to shoot if the crowd wouldn’t have done what they told them to, they’re idea was to stop us from the start, and not letting us advance. From the beginning everything was aggressive, they attacked us with everything they had, the people were holding pans and signs. Today we are in a battle with every chance to loose, we do not have weapons, we are not people with power, but I’m sure that we are all united for the same reason, WE CAN’T STAY WITH OUR ARMS CROSSED!. I’m sure that those who have knowledge regarding nursery, music, photography and else, will back us with their special skills to fight the most disgusting experience we have ever lived after the coup.

Chile has everything and it looks like it has nothing at the same time, the procedures of the president is an economic one, he is a person with social skills, who can’t understand how he violates his people, we lived the violence with every daily situations in which we can’t find the way to solve them.

Impotence generates dissatisfaction from the bottom of our grief. NO ONE WILL EVER STAY SILENT, NEVER AGAIN.