It is for good reason that there is a Kurdish saying, “No friend but the mountains.” There is a long history of Kurdish groups being used as pawns and betrayed by imperialist powers 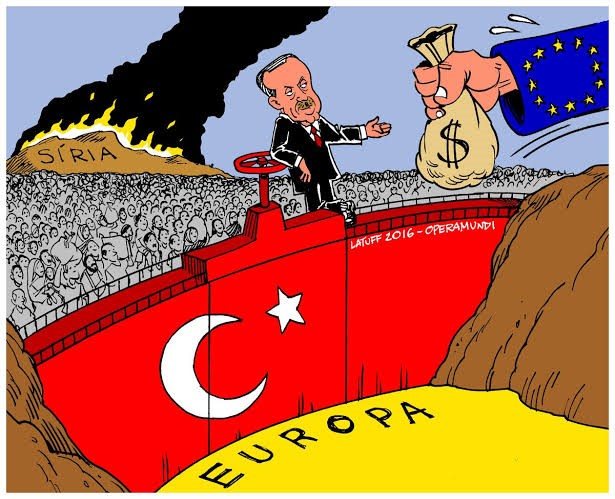 The invasion of northern Syria by Turkey marks a new stage in the endless conflict that has engulfed Syria. Turkish President Erdogan’s stated aim is to crush the Kurdish People’s Defence Units (YPG) and the Kurdish cantons of Rojava which have been a source of inspiration for many across the world. The operation – given the Orwellian name “Fountain of Peace” – also aims to establish a 32-kilometer “security zone” and builds on the Turkish attack last year on Afrin. Turkish officials have also indicated they intend to change the composition of the population by ‘repatriating’ a large part of the Sunni Muslim refugees from the Syrian civil war currently in Turkey.

This comes just days after Trump, in a phone call with Erdogan, promised that US troops would be removed from the region, giving Turkey a green light. Trump’s actions have provoked a reaction among significant sections of the US ruling class, including senior Republicans like Senate majority leader Mitch McConnell, who fear this will strengthen the position of the Assad regime and Russia.

The YPG and the Women’s Defence Units, despite heroically struggling against ISIS, do not have the military capacity to defeat Turkey. However, it will not be easy for Erdogan to pacify the region. As in Afrin, the Kurdish fighters will continue to resist with guerrilla tactics and there will probably be intense resistance in Kurdish areas, most importantly those within Turkey itself, which have already been subject to massive repression. Trump’s claims that Islamic State has been defeated may prove hollow, as thousands of Islamist militants are currently in Kurdish internment camps. The Turkish invasion could release them, while the chaos and suffering created by further conflict could again give Islamic fundamentalist forces a space to redevelop.

It is for good reason that there is a Kurdish saying, “No friend but the mountains.” There is a long history of Kurdish groups being used as pawns and betrayed by imperialist powers. While European governments have said they are opposed to the Turkish invasion, these are empty words against a fellow NATO member. Boris Johnson has clashed with Trump, but the military equipment used by Turkey will include over £800 million worth of military equipment bought from Britain. The EU Commission President Juncker said they will not “pay for” this war, yet they have maintained the deal which hands billions to Turkey in exchange for the Erdogan regime accepting and effectively imprisoning refugees deported from the EU.

Revolutionary change in the region

The Kurdish masses have more friends than the mountains, in the form of workers and young people across the world who are repulsed at the warmongering of Erdogan and the actions of the imperialist powers. The popular protests in Iraq and teachers’ strikes in Jordan, alongside the re-developing revolutionary movements in north Africa, demonstrate there is a different way. Common struggle of working people and the oppressed masses is key to finding a way out of poverty, war and sectarian slaughter.

This requires a confrontation with capitalism and a programme which is not not limited to the struggle of the Kurdish people for liberation, but which can also appeal to Turkish, Arabic and Iranian workers to unite in a common fight against all the reactionary regimes in the region and for a free and voluntary socialist federation of the Middle East.

“The day has passed for patching up the capitalist system; it must go!”- James Connolly

Image: #Syria war refugees may bother the average citizen in #Turkey, but not Erdogan, who sees this humanitarian catastrophe a good way to blackmail the European Union.