SDF Serêkaniyê Commander: We will defend our people! 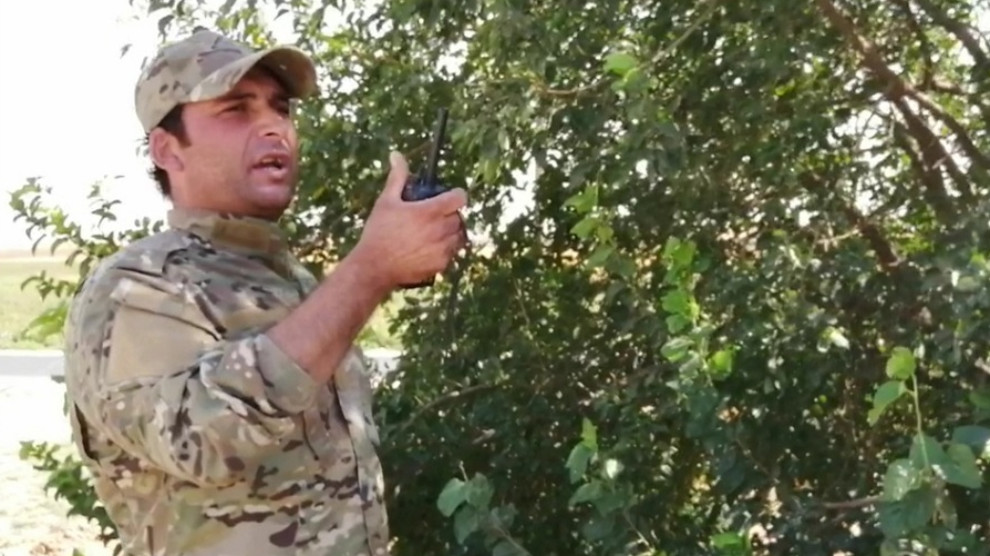 Baz Kerkûkî, one of the commanders of the SDF Serêkaniyê Front, said: «We have so far dealt heavy blows to the invaders.»

The Democratic Syrian Forces (SDF) began to respond to the occupation attacks launched by the Turkish state in Serêkaniyê by striking at the border from Manbij to Dêrik.

SDF General Command had said in an early statement faced with a possible attack against any region of the Turkish state that they were ready to respond from any point along the border.

Baz Kerkûkî, the commander of the SDF Serêkaniyê Front, spoke to ANF about the Turkish state’s occupation attacks and the resistance developed by the SDF. He stated that the Autonomous Administration of North-East Syria was working hard to prevent war, but that the Turkish state saw this as a weakness.

Baz Kerkûkî said they are obliged to protect the revolution: «We tried so hard for this war not to happen, but when they insisted on war, we are obliged to fulfill our duty to protect our people. We have dealt heavy blows to the invaders so far.»

Call to the Kurdish people

The SDF Commander said: «The occupiers want to break our will. But we will not allow it. If they rely on their technical forces then we are resisting and fighting with our righteousness.»

Kerkûkî called on all Kurdish people to fulfill their historical duties. «We must defend the gains that our people have achieved by paying huge prices in this part of our country with all our means. We should not leave it like the Republic of Mahabad. This is the greatest patriotic duty. That task stands before all of us».

Baz Kerkûkî ended his remarks by saying that the peoples of the region have fulfilled their promise to protect their gains and added: «Our people, more precisely Kurdish, Arab, Assyrian and all our peoples and beliefs know very well that we are ready to sacrifice even the last drop of our blood to protect what they have achieved. We have promised to protect them and we will keep that promise.»

Attack In Syria, Kobane, Kurdistan, SDF, Serekaniye, Top
You may also like