The World is Shocked by Turkish Atrocities in Rojava

The Turkish invasion of the north of Syria (Rojava) and the atrocities carried out by the Turkish military junta is, by all International standards, a most brutal, ruthless, and bloodthirsty policy 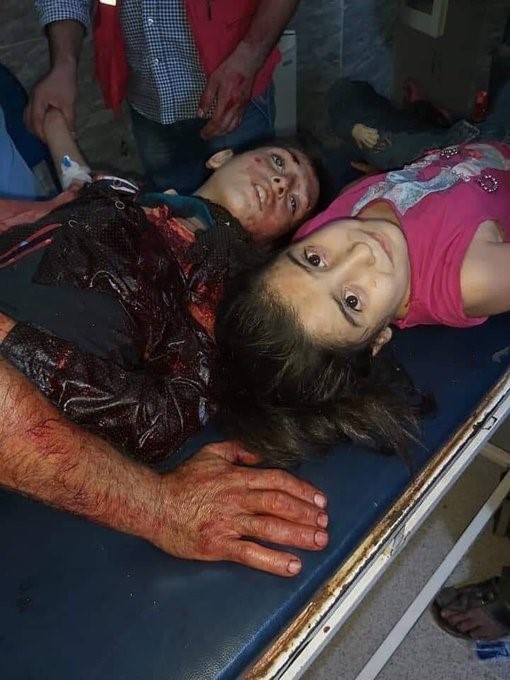 The Turkish invasion of the north of Syria (Rojava) and the atrocities carried out by the Turkish military junta is, by all International standards, a most brutal, ruthless, and bloodthirsty policy.  Sources close to the SDF confirmed to me last night that Turkish military forces and their proxy militias couldn’t control the city of Gire Spi and couldn’t control the surrounding area. US army lieutenant Mark Meli has confirmed that Turkish military forces had only managed to take control of two villages. The SDF resistance with their powerful forces have being digging tunnels for months and preparing for this battle. There are civilian casualties and atrocities everywhere, all over the west of Kurdistan.  The SDF has issued a statement on their losses and enemy casualties. The statement yesterday explained that on 9th October the Turkish army forces and their proxy militias commenced their attack on the towns and cities of “Sari Kani, Gire Spi, Ain Essa, Kamishlow, Derik, Trpnsper and Amoda”. Ten drones have been continuously observing the areas. Their statement confirmed the loss of 22 Shervans (Freedom fighters) and the Turkish forces has lost 262 militia fighters and five Turkish soldiers.

The western world is shocked by the Turkish atrocities which people are watching on TV screens all over the world. Lavrov, the Russian foreign minister, said: “We warned the Kurds that the USA will use you”. Putin, the Russian president, said: “The Turkish operation will help the ISIS prisoners to escape”. German chancellor Merkel has confirmed that, “The Turkish military operation is an attempt to destabilise the region”. Also, Macron, the president of France said, “Turkey will be responsible for ISIS if it rises up again”. Australian prime minister, Scott Morrison, added to the voice of world leaders and said, “The Turkish military operation is a threat to Kurds and their national security”.

You may republish such articles from The Kurdistan Tribune on your website only if you do so without making any changes and you include a credit at the top of the article to the named author (if any) and to The Kurdistan Tribune, with a link back to the original article. If you have any queries about this, please email: contact@kurdistantribune.com