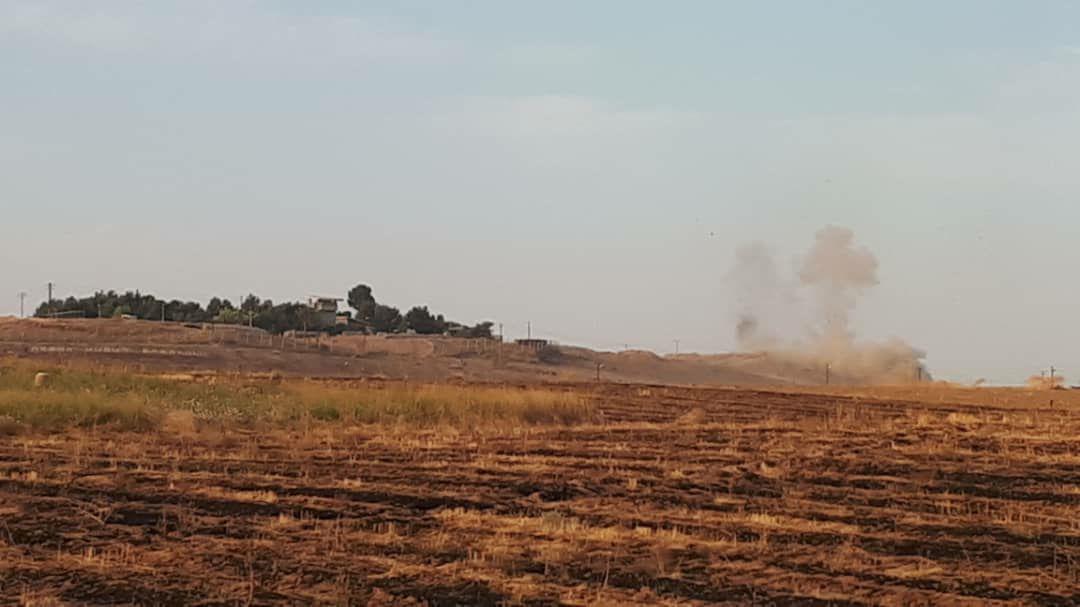 Tahir: We’re not getting out of here!

While the invading attacks of the Turkish state continued, Cuma Tahir who participated in the war in Sêrikaniyê spoke to ANF cameras.

Cuma Tahir, said: “I am in Sêrikaniyê, no matter what happened I won’t go from here. Rojava has given thousands of martyrs. I tell everyone: Enough is enough, wake up! Turkey is doing everything in its power to remove our people from our country’s territory.”

The invading Turkish army and mercenaries have hit a convoy of civilians who were traveling to Girê Spî to join in the human shields action. It was learned that 3 civilians were killed and many others were injured.

Ankara Chief Public Prosecutor of Turkey opened an investigation against HDP, DTK and HDK co-chairs for statements they made against the Turkish invasion of North and Eastern Syria.

A group calling itself  “Ş. Çiyager – Ş. Zeryan Revenge Units” announced that they have carried out an armed action against police housing in Nusaybin.

Ehmed called on the European Union and the UN Security Council “to establish a no-fly zone and Turkey in violation of international law.”

Ilham Ehmed, Chair of the Executive Board of the Democratic Syrian Assembly (MSD), spoke at a meeting in the European Parliament. Ehmed called on the international forces to stop the Turkish state’s invasion attacks.

YPS issued a statement vowing to “convert into a battlefield cities and all areas” and called on everyone to resist the attacks against Rojava.

PKK: Every house, every street will be a war zone!

“History has once again given us the duty to represent honor, humanity and freedom,” the PKK Executive Committee said in a written statement. 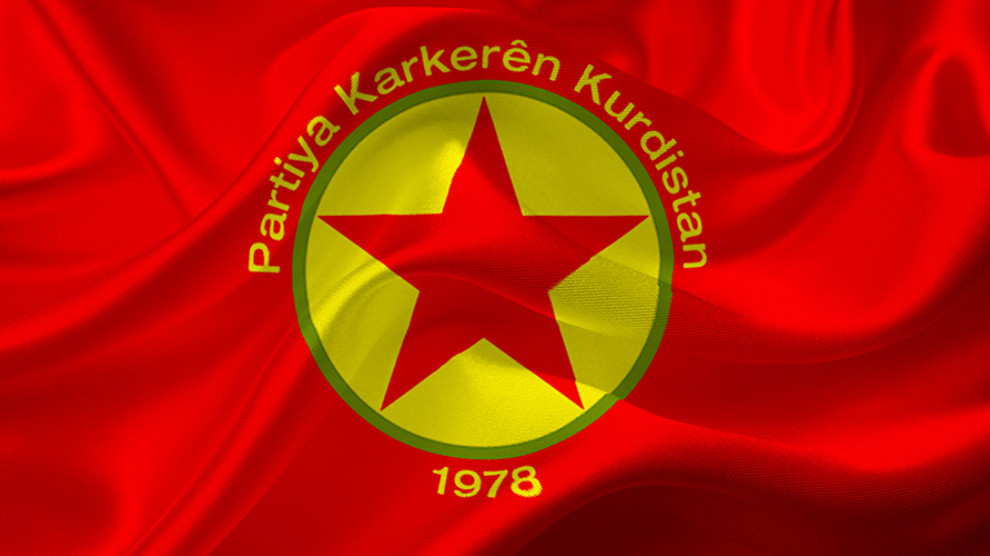 The occupying Turkish army and mercenaries are firing missiles at Eyn Îsa.

Internet cut off in Serêkaniyê where violent clashes are taking place.

Warplanes belonging to the invading Turkish army are bombing around Girê Spî.

After the Turkish state launched an invasion of Kurds, the Arab League decided to call an emergency meeting on Saturday.

At the request of Egypt, the Arab League Foreign Ministers will meet in Cairo on October 12 to discuss the Turkish attack on Syrian territory, said Husam Zaki, Deputy Secretary General of the Arab League.

The invading Turkish army continues military deployment to the border. Many armored vehicles and construction equipment and ammunition are transported to the Suruç district of Urfa.

The gendarmerie set up checkpoints at the entrance of the district of Suruç Aligör, while police checkpoints have been set up in Suruç.

Vehicles are stopped and searched while vehicles’ license plates are recorded and released.

Warplanes of the invading Turkish army are flying over Girkê Legê.

PKK Executive Committee: “All the North-East Syrian peoples and defense forces, especially the Kurds and Arabs, will once again assume the defense of free humanity based on the call of mobilization of the Democratic Autonomous Administration. We believe that they will develop a victorious resistance against the barbarian AKP-MHP fascists by turning every street into a war zone and will bury the colonialist genocide mentality and politics attacking Rojava.”

The invading Turkish army and gangs hit the village of Eyn Dîwarê on the Dêrik border with howitzers.

Borris Vallaud, Speaker of the Parliamentary Group of the French Socialist Party said: “The dishonor of the President of the United States. The disgrace of the Turkish President. Brutal real time for the UN. Will the men and women on the front be handed over to be massacred by the Trump-Erdogan alliance against the Islamic State? France and Europe have a duty to go to help them.”

Kongra Star: We call on everyone to stand up and join our resistance.

The organisations in Europe who made a statement against the invasion of Rojava said: “Today is the day of standing up” and called everyone to take to the streets.

The invading Turkish army is currently attacking the village of Aşmê in Kobanê with heavy weapons and warplanes are flying over Serêkaniyê.

4 PARTS OF KURDISTAN SHOULD RESPOND TO THE INVASION

DTK Co-Chair Berdan Öztürk said: “Today is the day of unity. This is not just a matter of Rojava. This is an attack and invasion attempt against the people living in the whole Kurdistan geography. Today is Rojava but tomorrow will be South Kurdistan. The gain in one place is the gain in every piece and you have to claim it. When one part is attacked Kurds living in all four parts should react.”

KON-MED: Tens of thousands to meet on October 12 in Germany

KON-MED called for great participation in the protests organised in Germany on October 12 against the invasion of Rojava.

The Democratic Syrian Forces (SDF) issued a message of appreciation for the reaction of several countries to the Turkish state’s invasion of the country.

The SDF message published on Twitter said: “We thank the governments of  Arab countries such as Saudi Arabia, United Arab Emirates, Bahrain, Jordan, Lebanon, Libya, Egypt, Kuwait and Iraq, for their stance against the occupation. Likewise we thank Western governments such as Britain, France, the Netherlands, Canada and Germany, for their stance against the occupation of North and East Syria.

Turkish war and reconnaissance aircraft are flying over Sêrikaniyê.

4 more tanks belonging to the Turkish army were destroyed in Gire Spi.

7 invaders were killed and 3 were wounded in clashes between the occupying Turkish army and SDF forces in Miçê hamlet of Sêrikaniyê.

Five mercenary’s bodies remained in the hands of the SDF fighters.

The invaders are lifting the border walls

The invading Turkish army lifted the wall between Til Erqam and Aziziye village to the west of Sêrikaniyê. So far, two/third of the wall has been removed.

The bodies of 4 invaders killed in the action against the mercenaries linked to the Turkish army attacking civilians in the south of Sêrekaniyê are in the hands of the SDF fighters.

The invaders intermittently shoot the villages of Siftek, Zormixar, Ziyaret and Aşmê, west of Kobanê. Local sources said heavy artillery sound is heard near Suleiman Shah tombs in the village of Aşmê.

The invading Turkish army and its mercenaries entered Miçê, east of Sêrikaniyê. Fierce clashes are taking place after the SDF fighters responded to attack.

Turkish warplanes bomb the village of Til Xelef of Serêkaniyê.

We will keep our promise to protect our people

Baz Kerkûkî, one of the commanders of the SDF Serêkaniyê Front said: “Let our people know that Kurdish, Arab, Assyrian and all our peoples and beliefs know very well that we are ready to sacrifice even the last drop of our blood to protect them and their gains. We have made a promise to our people, to protect them and we will keep that promise.

Baz Kerkûkî, one of the commanders of the SDF Serêkaniyê Front said: “They want to break our will. But we won’t let that happen. If they trust their technical forces, we resist and fight with our will and righteousness.

We dealt heavy blows to the invaders

SDF Commander Baz Kerkouki said: “We have worked hard to prevent this war, but when they insist on the war, we are obliged to fulfill our duty to protect our people.

‘We fulfill our promise to our people’

Baz Kerkûkî, one of the commanders of the SDF Serêkaniyê Front, said: “We have so far dealt heavy blows to the invaders with the resistance we have developed against them”.

The invaders’ sleeping cells near Hesekê road south of Sêrekaniyê were mobilizing and attacking the people. SDF fighters surrounded them and shoot them. Clashes continue in the region. There were dead among the invaders, the number could not be cleared.

The city of Sêrikaniyê is being bombed by the invaders.

The invading Turkish army is also lifting the wall in the village of Miçê, east of Sêrikaniyê.

Civil society, media and people in Turkey are reacting against the occupation of North East Syria.

The invading Turkish army tried to attack by lifting the wall to the west of Sêrikaniyê. The attack attempt was foiled by the SDF fighters.