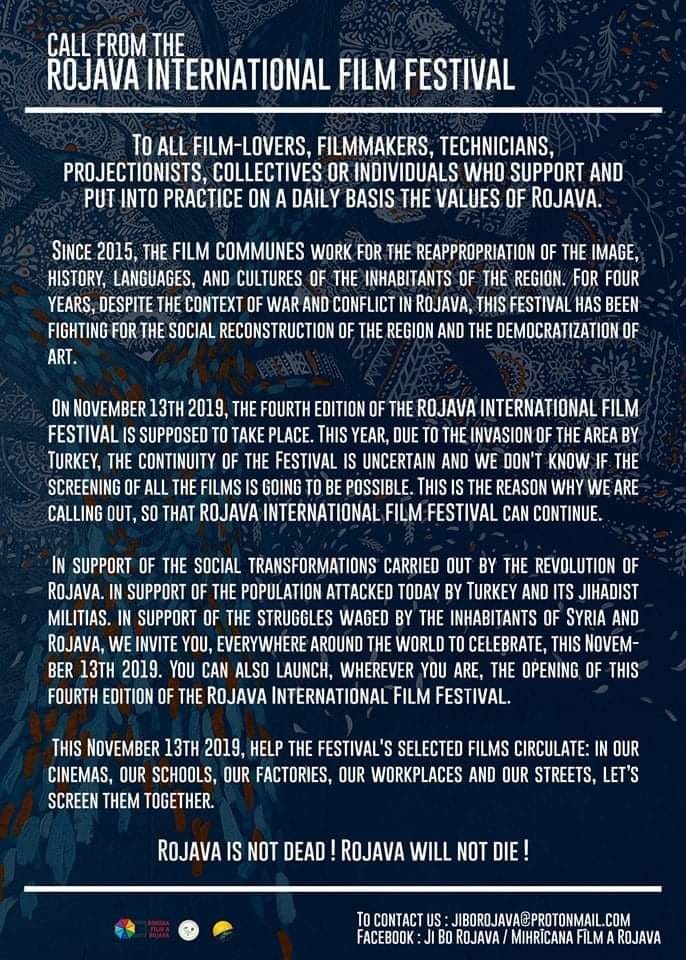 The third edition of the Rojava International Film Festival is supposed to begin on 13 November.
Everything was ready and the Rojava Film Commune, organiser of the Festival, was particularly happy this year as the number of films submitted to this edition had tripled the number of the previous one, with hundreds of films submitted.
But… On 9 October the Turkish army and its mercenary allies launched an occupation attack on Rojava. A month has passed and over 300 thousand people have been forced to leave their houses, over 200 dead.
The city of Serekaniye has been occupied by Turkish and mercenary forces and its people have been forced to flee.
The organisers of the festival have issued a call, which we publish here, to everyone in Europe and the world to help the festival having its third edition by screening one or more of the selected films abroad.
Share

Festival, Film, Rojava, Serekaniye, Top
You may also like