For  Ahmet Altan – in a Turkish  prison

“Wounds are so deep and painful in these countries that in order to clean those wounds you have to use your pen like a scalpel”,  Ahmet Altan 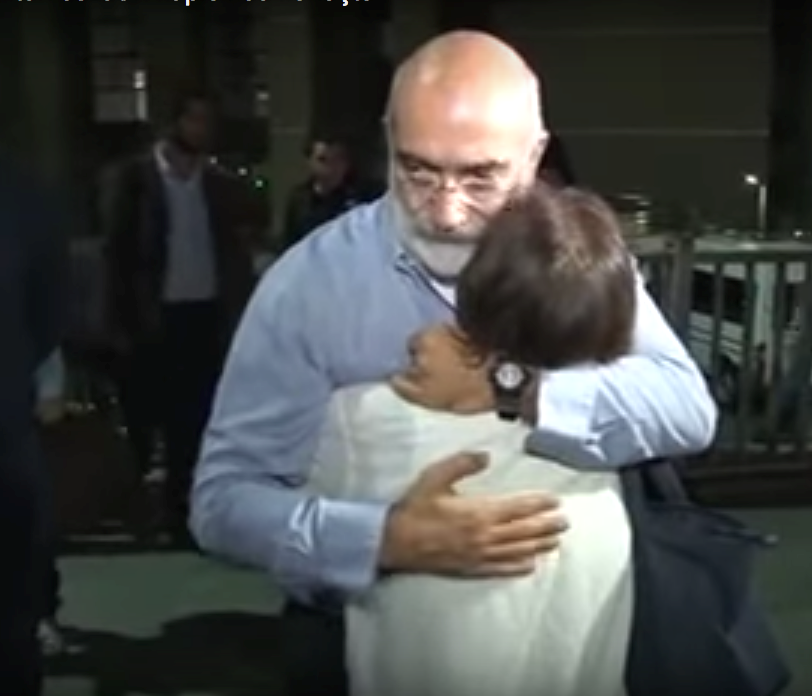 “Wounds are so deep and painful in these countries that in order to clean those wounds you have to use your pen like a scalpel. We are forced to go outside literature and write directly political pieces. Writing becomes engulfed by politics.”

These are the things they took away.

Your ability to kiss the woman you love,

to embrace your kids,

to meet with friends.

your freedom to walk the streets

they took away the room

(with your hands moving in the air

in search of “harmony”)

the machine you wrote with,

the library you reached for.

you can no longer listen

to a violin concerto

nor go on a trip nor browse in a bookstore

or even buy bread

gaze on the sea or on an orange tree

or smell the scent of flowers,

the grass, the rain

of this sad earth,

They took all these away,

this Turkish president we see on TV

(and his helpless scheming cronies).

These are the simple things

you told us they took away:

you would not be able to go to a movie theater

nor eat eggs with sausage

nor drink a glass of wine.

You would not be able to go to a restaurant

You would not be able to watch the sunrise.

nor call anyone on the phone

and no one would be able to call you on the phone.

You would not be able to open a door by yourself,

you said, and lastly and certainly

you would never again wake up

in a room with curtains

For all these, instead

a life-long room in a prison 4 metres long,

a prison magazine to read

along with some “novels, history books, essays,

Now, I can’t imagine what the food is like

or the cook who cooks it

just outside Istanbul, where the tourists drink their coffee,

I can’t imagine so many things,

none of them the president’s friends,

or family, no doubt

“There is a single criterion that determines “guilt’’

and “innocence’’ in Turkey today.

If you are an Erdoğan advocate, whatever you do

you are innocent; go shoot a man if you will.

If you oppose Erdoğan, whatever you do

– even if I walked all 9 blocks

searched each of the 61 units

looking among these nameless countless inmates,

nor would I know which gate to enter

which of the three

the one for defendants, the detained, the convicts,

or the one for personnel, lawyers and visitors

(the third one for everything else, they say)

and last of all

in this other prison called history

i can’t imagine
how your beautiful country

the country of Nazim Hikmet –

Nazim who said so beautifully in 1955,

in this, his ‘Last Letter to my Son’ after his

are hardworking, serious, and brave

Its people are long suffering.

or how its sun still shines

or how children are born

or old people continue to die

locked up in these desperate cells

where they cannot kiss the one they love,

nor meet with friends.

and the ghosts of the dead.

…of the living too.

Ahmet Hüsrev Altan, the Turkish writer and journalist, was rearrested on 12 November, 2019, just a week after his release from prison over alleged links to the failed 2016 coup. He had earlier been serving an aggravated life sentence in prison for the bizarre charges of “sending subliminal messages to coup conspirators” (via  a TV interview) on the eve of the July 2016 failed coup in Turkey.

Ahmet Altan released his memoir of his arrest and detention in March 2019: I Will Never See the World Again. In reality, his arrest at dawn, like that of his own father 45 years previously, is a result of his courageous criticism of the now-oppressive Erdoğan-AKP regime in Turkey as well his outspoken defense of the rights of Kurds, Armenians and ‘Free Speech’.

I Will Never See the World Again (essay), Ahmet Altan

“The weapons don’t scare them but the pen does.

Because the pen reaches a place where the weapons cannot – the conscience of society.

Nothing horrifies the government as much as the conscience of society, because they know they have done things, which would tear that conscience into pieces and make it bleed.

They are scared as hell their wide network of corruption and bribery will be revealed.

That is why they try to confine each and every pen, each and every voice that can reach the conscience of society by making them hostage to a comatose judiciary.”

Ahmet Altan, Culture of Liberation, Top, Turkey, Turkish  prison
You may also like