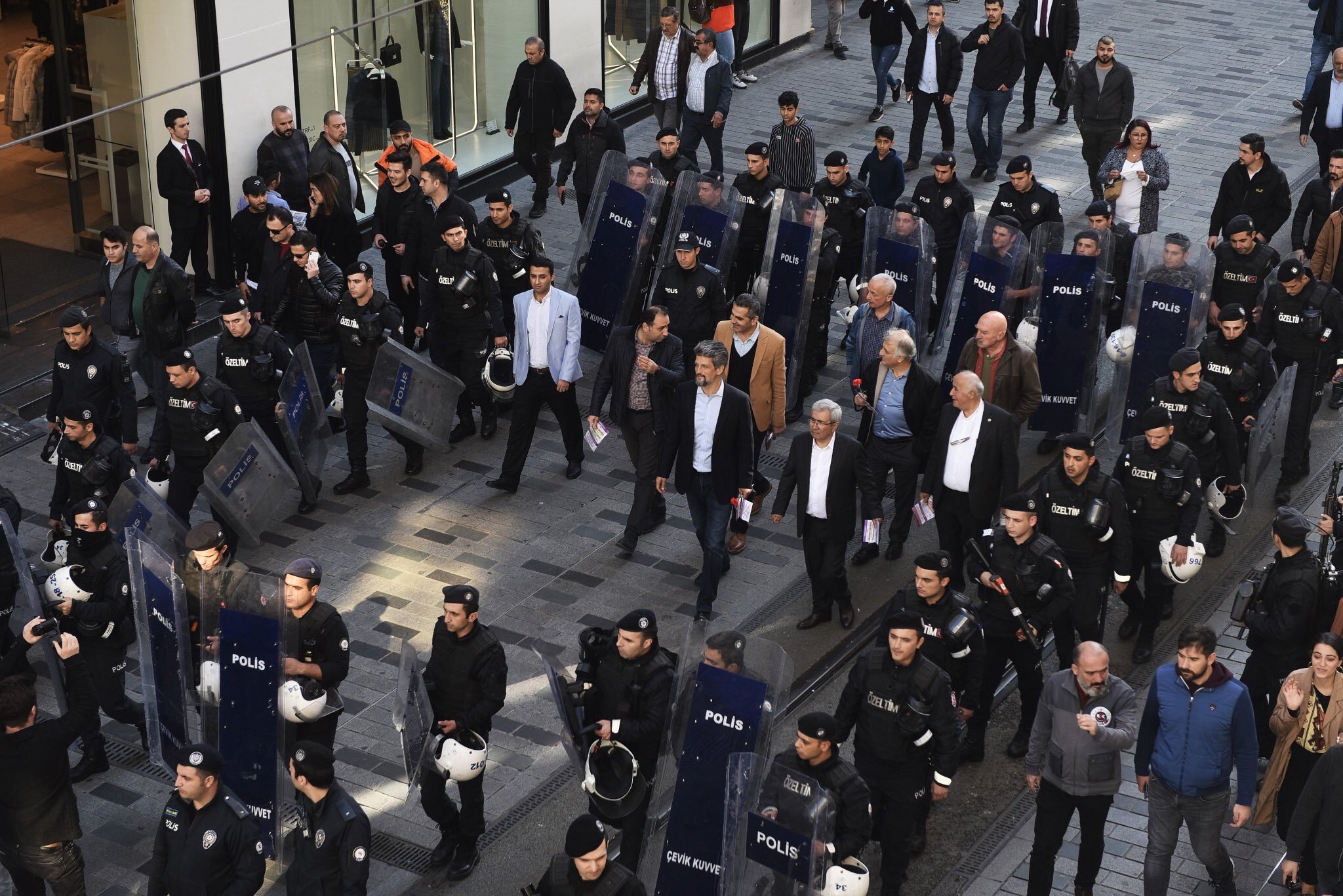 HDP lawmakers met in Istiklal Street despite being surrounded and harassed by police to hand out leaflets to call for participation in congress to be held on Sunday.

HDP deputies who attended the 762th meeting of Saturday Mothers in Istanbul, called for participation in the 3rd Ordinary Congress which will be held tomorrow at the Küçükçekmece Yahya Kemal Beyatlı Show Center.

Addressing the public surrounded by police, HDP Istanbul deputy Zeynel Ozen said: «This is an indication of how much we are on the right. The police is even trying to prevent our party from calling people to join the congress.»

HDP Deputy Ali Kenanoğlu said: «Let the whole world see this. These practices show the level of democracy, peace and freedom in this country. We know that these days will pass. Today, those who makes this abuse will respond for it tomorrow.»

HDP, Kurdistan, Syria, Top, Turkey
You may also like