Home > Talking Kurdistan > SDF: The United States must fulfill its mandate as guarantor

SDF: The United States must fulfill its mandate as guarantor 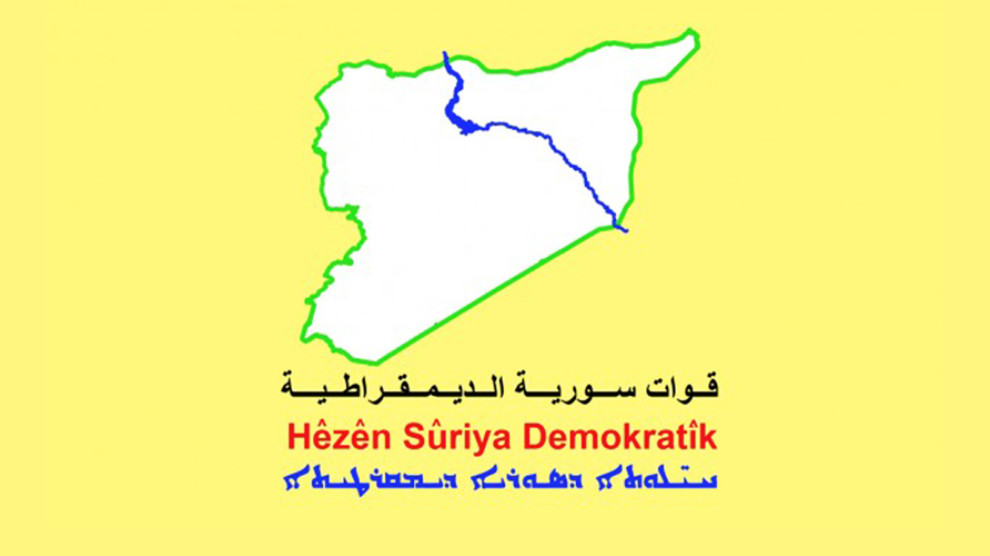 The SDF General Command issued a statement to reiterate that the Turkish state, its army, and its armed factions did not abide by the ceasefire they agreed with the United States of America and in consultation with SDF on 17 October.

The statement added that «our forces fulfilled all the obligations set out in the said agreement.»

The statement reads: «Turkey has continued to violate the cease-fire and deliberately increased the scale of the humanitarian catastrophe and continues to occupy Syrian territory outside the area of   military operations agreed upon in Ras al-Ain, Tal Abyad, Tall Tamr, and displaced and killed its inhabitants and is still despite the withdrawal of our troops.

Since the day of the ceasefire, the Turkish state has occupied a geographical area of   1100 thousand and one hundred square kilometers comprising 56 villages, in addition to many farms in the north of Ain Issa town, east of Kobani city, east of Ras al-Ain and northwest of Tall Tamr.

The Turkish State and its factions, through their repeated violations since the day of their declaration of a ceasefire, caused the displacement of approximately 30,000 civilians, in addition to the death and injury of dozens of them.

The Turkish state and its armed factions have launched 108 ground assaults since the ceasefire, and their armed drones have bombed 82 positions, while their heavy artillery bombed 110 other locations outside the agreed military operations zone. All these attacks resulted in the martyrdom of 182 of our troops and the injury of another 243 in self-defense.

The Turkish state and its armed factions are trying to mislead public opinion through lies and promote it as committed to a ceasefire while its army continues to occupy more Syrian territory. How can one claim to abide by the ceasefire as it continues to expand and commit massacres and displacement of civilians.

We have agreed to the conditions of cease-fire with USA guarantees، USA must assume its responsibilities as guarantor and give a convincing answer and clear position on all these violations by the Turkish state and its armed factions and be fair and just in its positions.»

Kurdistan, SDF, Top, United States, Usa
You may also like