Ready for nuclear talks if US lift sanctions, said Rouhani 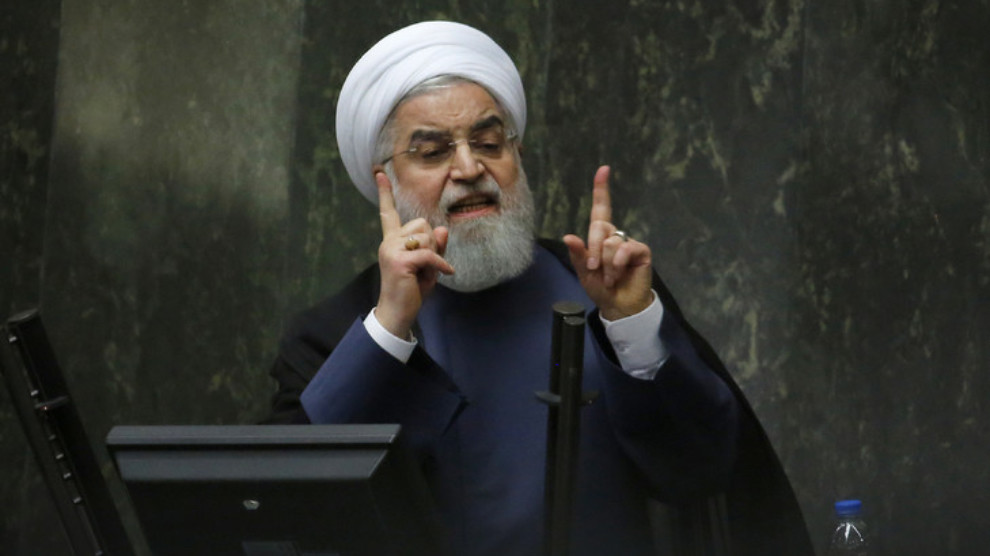 Speaking on state television, Iran President Hassan Rouhani said: «If they are prepared to put aside the sanctions, we are ready to talk and negotiate, even at the level of heads of the 5+1 countries.»

It is not the first time the Iranian President demands the lifting of US sanctions to return to talks under the auspices of the so-called P5+1 that reached the 2015 nuclear deal.

The 2015 nuclear agreement gave Iran relief from economic sanctions in return for curbs on its nuclear program.

Yet the deal has been at risk of falling apart since US President Donald Trump unilaterally withdrew from it in May last year and reimposed sanctions on Iran.

Known formally as the Joint Comprehensive Plan of Action (JCPOA), the deal was agreed between Britain, China, France, Russia and the United States, plus Germany.

Iran, Nuclear, talks, Top, US
You may also like