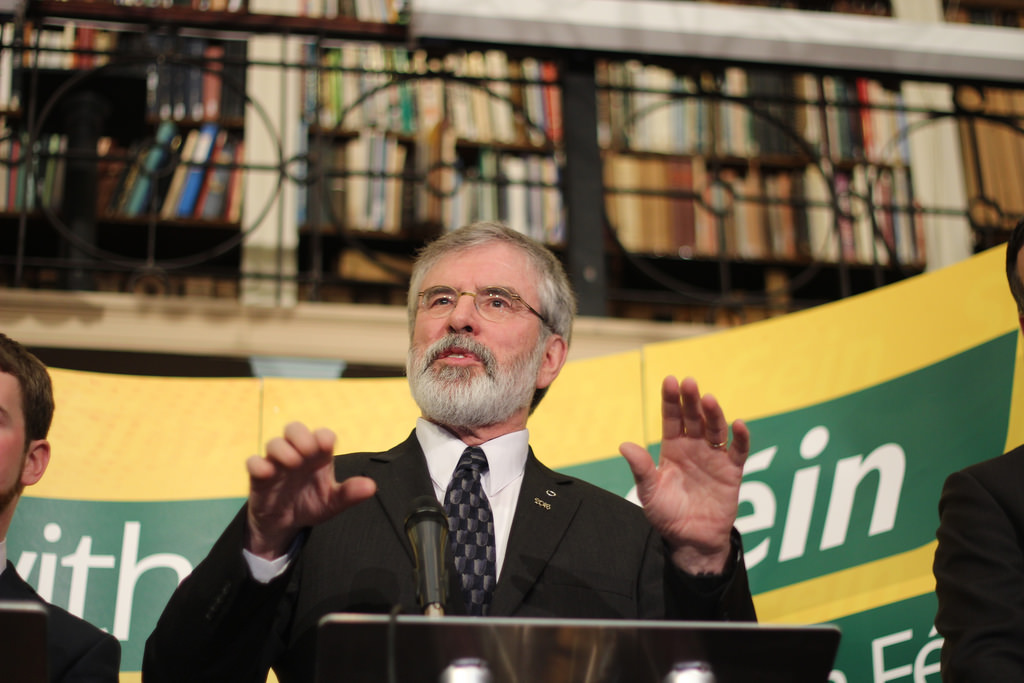 When An Taoiseach Leo Varadkar finally decides in 2020, with his Fianna Fáil partner in government Micheál Martin, to call the general election my tenure as the TD for Louth will come to an end. Sin é. It will also mean for me that after 38 years I will no longer be an elected representative of the people. Sin é fosta.

I was first elected by the people of west Belfast to the short lived Assembly in 1982. The following year I was elected as MP for west Belfast. With a brief break I was an MP, and an MLA in the Assembly until 2010 when I announced my intention to run for the Dáil for the constituency of Louth. It was a significant initiative by Sinn Féin. Some in the media described it as a “gamble.” Some predicted- hoped – I would fail to be elected. But with a great team of activists and the goodwill of the people of Louth I topped the poll.

Just over ten years later the general election will be called and I will leave the Dáil. I will continue to be a political activist but with no responsibilities as an elected representative.

So 2020 will bring big changes for me personally. 2020 should also see the publication of the Inquiry into the Renewable Heat Incentive (RHI). The delay in publishing this report – long overdue – is clearly political although all involved will deny this is so. Its consequences for those under scrutiny will reinforce the lack of confidence in the political system or start the slow process of building that confidence.

Consequently, as we enter the third decade of the 21st century there are many challenges and also many opportunities ahead. In the short term Sinn Féin is engaged in negotiations with the other parties and the Irish and British governments to secure an agreement to restore the power sharing institutions. The recent general election results and the demographic population changes have created a new dynamic.

However sections of the media and the two governments are over stating the claim that the ‘electorate is sending the political parties back to work’ narrative. This is definitely not the case as far as Sinn Féin voters are concerned. I want the power sharing government restored and on a rights based format and I believe that this is doable. I also believe that the power sharing arrangements working properly are entirely compatible and indeed complementary to the process towards Irish re-unification. But I found during the Westminster election campaign strong resistance within very representative sections of the Sinn Féin electorate to a return to the Assembly. Yes there is also a desire to see the Assembly restored but to succeed this clearly has to be to different and reformed arrangements. The danger, as always, is that the two governments will take a minimalist approach, acquiesce to the DUP and try to pressurize Sinn Féin. That would be a mistake.

The political landscape is transforming as we watch. 100 years ago in 1920 the Government of Ireland Act imposed partition. In the general election that followed in November 1922 only 2 out of 13 MPs were nationalist. Two years later in 1924 there were no nationalist MPs elected. Sixty years later the situation hadn’t improved much. In 1983 Unionism took 15 out of 17 seats. That was the consistent pattern in the gerrymandered northern state.

Two weeks ago, after years of incremental change, there was a seismic shift. Parties from the broadly nationalist/republican perspective won 9 seats out of 18. The DUP – the only unionist party to win seats – took 8. The Alliance party won one seat. Unionism’s majority at Westminster is gone. In Belfast Unionism now holds – and only just holds – one of the four Belfast seats. The defeat of Nigel Dodds in North Belfast is indicative of a citizenry that wants real change and is prepared to back parties that are positive and looking to the future.

More fundamentally, for the longer term constitutional arrangements on this island and within these islands, the so-called United Kingdom is increasingly confirming its status as the ‘disunited Kingdom’. The election results have confirmed that that is the political direction of travel. This is underlined by the overwhelming dominance of the English Tories in the British Parliament. In poll after poll in the last year these same English Tories put Brexit self-interest above the Union. They were prepared to abandon the North – to abandon unionists – as long as they got Brexit done. What value English loyalty to unionists?

At the same time the increased vote for the SNP (Scottish National Party), as well as the loss of the DUP’s majority in the North, are evidence that Boris Johnson’s claim that he would ‘unite the country’ is so much hot air. More telling for 2020 is Nicola Sturgeon’s assertion that the SNP now has a “renewed, refreshed and strengthen” mandate for a second referendum on Scottish independence. Scottish independence will be a significant political battleground in the year ahead.

Of course, Brexit hasn’t gone away. On the contrary it will continue to dominate politics and the economies of these islands in 2020. Johnson, with his 80 strong Parliamentary majority will now be able to push through his Withdrawal Agreement by January 31st. And he will lie and bluster and spoof to get his way. Remember his commitment to the DUP that there would be no border in the Irish Sea? That didn’t last long. Add to that the lies he brazenly told during the election campaign – about no checks on goods between the North and Britain.

The SDLP claim that it would ‘Stop Boris and Stop Brexit’ was a good sound bite for the election but it was never real. This is the party which never turned up for work in the Executive, which failed to take responsibility for the health or education portolio. The UUP appears to be going nowhere. The much vaunted influence of the DUP is gone. The confidence and supply arrangement with the Conservative Party ended, as I predicted in tears.

Sinn Fein failed to hold the Foyle seat, despite the best efforts of Elisha and her team, and our vote slipped overall but in the current political climate it was a credible performance. Sinn Féin hold seven seats and the election of John Finucane in North Belfast was for me the highlight of the election.

In 2020 Brexit will continue to drive the momentum for greater change. As its adverse impact on the island of Ireland emerges ever more clearly it will be the driver for the growing debate around Irish Unity. Increasingly, people from all walks of life and all political hues in the North are accepting that a United Ireland provides the best means of keeping the island of Ireland within the EU. So 2020 will see the debate around Irish Unity intensify. The challenge will be to make it even more mainstream. To take it into communities. To engage with that section of unionism which has disconnected from political unionism. To increase pressure on the Irish government to make preparations for Unity. To examine how we can break through the sectarian wall that keeps people and communities divided.

Irish unity is no longer an aspiration. It is a doable project. The re-unification of our people and our country needs to be planned. That is crucial. I believe all of this can be done. I believe 2020 will see us take more positive steps along the road to Unity.