The law of the strongest and the reason of law 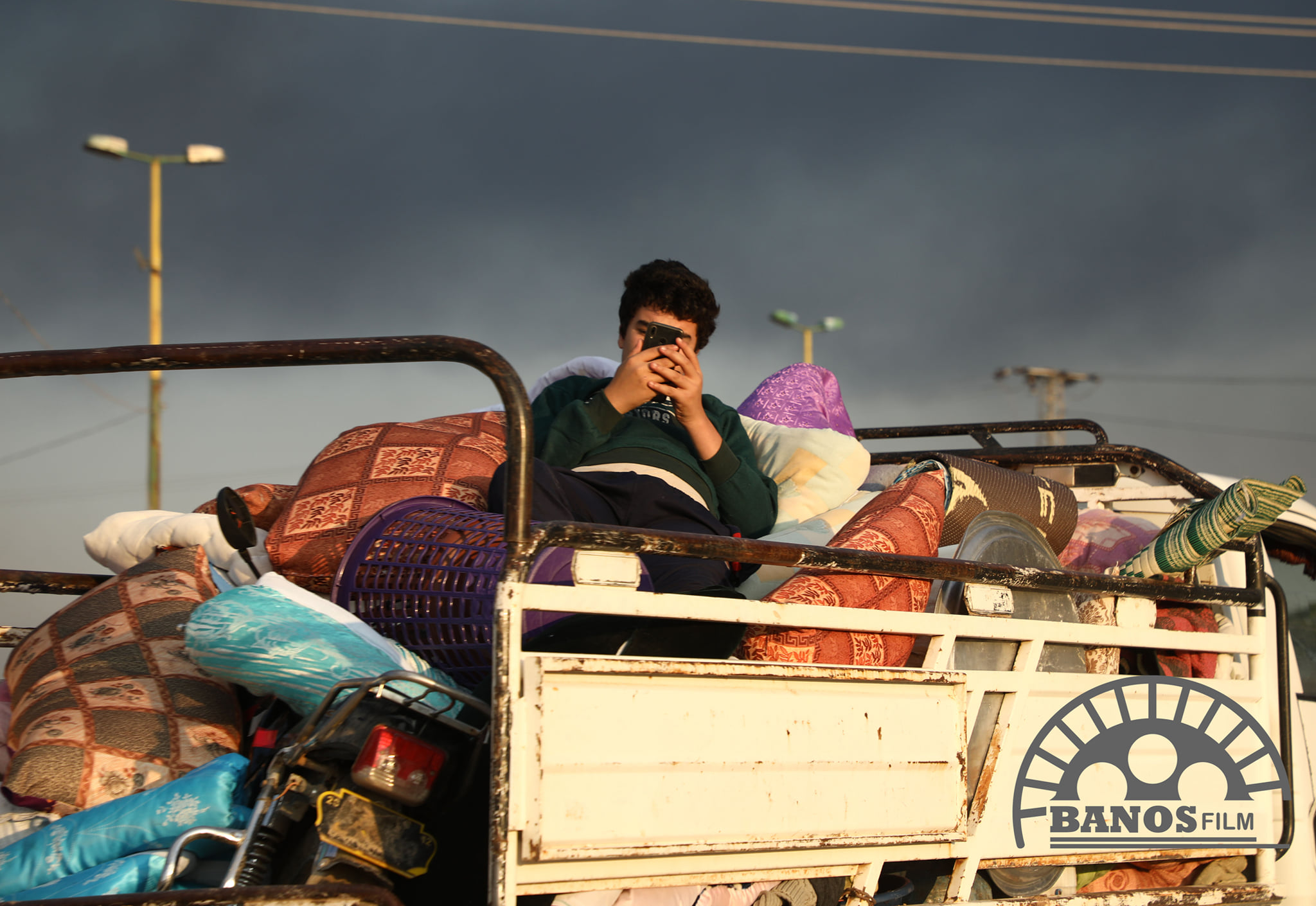 It is no doubt rare, but sometimes even us president donald trump keeps his word: on 6 october 2019 he announced the withdrawal of american troops from northern syria, despite the agreements and the military alliance with the kurdish-led syrian democratic forces (sdf). A few days later the withdrawal actually took place, allowing turkish soldiers to take over the area and occupy it. The declared intention of recep tayyip erdogan is to transfer there the millions of syrian refugees currently in turkey, as well as to prevent the feared formation of an autonomous kurdish territory close to its own border.

A solution Russia does not dislike, because in this way it has been able to consolidate its centrality in defining the future scenarios of the region, also pleasing its ally Erdogan who is “paradoxically”, being one of the most armed members – useful in anti-NATO function, and allowing also Bashar al Assad to resume the role and control of the territory of the north-east, despite the Turkish mugging of a part of it through a “buffer” zone of 120 square kilometers freed from the presence of all Kurdish fighters, according to the agreements stipulated in Sochi between Vladimir Putin and Erdogan on 22 October. Agreements that seal a real betrayal of Kurds who, on the ground, had defeated the jihadist forces of the Islamic State for the benefit of the whole world, beginning with the ungrateful Western powers, the United States and Europe, whose only concern is now linked to the risk that at least some of the approximately 11,000 Daesh mercenaries, 2,200 of whom are foreign fighters, in the hands of the SDF, may be freed from the Turkish advance and constitute a new threat of terrorist actions.

The aggression to the Kurds in Rojava and the imposition of a “security zone” in the Syrian northeast for the benefit and under the control of Turkey has thus shown once again how the world of the 21st century continues to be subject to a atavistic norm, sometimes tempered in forms but not in substance: the law of the jungle. With the not small difference that now advanced, expensive and increasingly lethal technologies of war have replaced the clubs. Territorial integrity, international law, the selfdetermination of peoples, democracy, human rights always affirmed with cynical rhetoric – generally with a higher voice precisely from that West so ready to violate them on the basis of their own conveniences – become waste paper when the economic, energetic, military, geopolitical and geostrategic interests of the great powers and in particular of the first are at stake: the United States of America.

The reversal of words and truth

Only a mockingly criminal mind could call the military campaigns against the Kurds of Rojava first “Olive Branch” and then “Source of Peace”. Only a vile and petty conception of international politics could abandon them in the rapacious claws of Erdogan after having taken advantage of their courage and self-sacrifice in the deadly struggle against Daesh. The roots of this new aggression are not only the historical hatred of the Turkish sultan towards the Kurds, the cynicism of his allies and their interests. At the bottom and at the center there is the explosive question of migratory flows and people displaced because of wars, but also the new environmental refugees. Those that appear are in fact apocalyptic scenarios, which are approaching due to delays and resistance in facing climate change. Again, the main responsibility belonging to the denialist Donald Trump, who not by coincidence filled his administration with managers from oil companies, and his vassals, like Brazilian president Jair Bolsonaro, nostalgic of the military dictatorship and sponsor of the mining industry and that of agribusiness assaulting the Amazon rainforest, the irreplaceable green lung of the planet. Similarly to what happened with the unfortunate European agreement with Libya and what is being set up in the Sahel, but also to what is happening on the US border with Mexico, the primary need of the West is to seal the borders, to retain and contain refugees and migrants in distant countries, where compliance with minimum standards and human rights is not mandatory. Subcontracting violations and crimes against humanity is combined with externalization of borders. As if there was indeed a different responsibility, moral and political, between the instigator of a massacre and its executor.

The guardian of Fortress Europe

At least since, in 2016, the role of external border of Europe has been assigned to Turkey, a very well paid role, Turkey was also given an inexhaustible power of blackmail against the Union itself and a pass overlooking the daily and bloody internal repression, the systematic disfigurement of the rights of the opposition and minorities, as well as of any rule and democratic semblance, with the massive imprisonment of members of a party represented in Parliament like the HDP, with the dismissal of regularly elected mayors, with witch hunts and raids against protesters, Kurds and even Turks. More recently, Erdogan’s cops also attacked a peaceful march in Istanbul to mark International Day for the Elimination of Violence against Women on 25 November 2019. On this occasion, the General Command YPJ had invited women from all over the world to raise their voices against the occupation and violence inflicted on women in the Middle East, as well as everywhere else: “The struggle of the Mirabal sisters today continues to live in the struggle of thousands of women. We are ready to pay every price to defend the gains of women’s struggle. For the hopes of the sisters, for the struggle of our friends Hevrîn, Dayika Eqîde and Amara, for all the thousands of fallen friends we will further strengthen our struggle in our legitimate right to self-defense against the occupation.”

The fear of self-government and confederalism

Indeed, among the causes triggering the aggression and occupation of Rojava is one that surpasses even that of the defense of “Fortress Europe”: and it is the need for Turkey and its allies to destroy the only Middle East democracy, that is to say the model of democratic confederalism, whose validity and example is sought to be eradicated, so that it cannot infect other areas and peoples and cannot interfere and oppose the authoritarian regimes of the region, with which the West has a relationship of co-interest and protection. Democratic confederalism frightens Erdogan’s Turkey because it shows in concrete terms how and how much the force of reason can oppose the reasons of force: the nationalist and Islamofascist one, which oppresses peoples and ethnic groups; the male and patriarchal one, who would like to subdue women; the omnivorous and suicidal one of capitalism, which threatens and devastates the ecological balance.

For all this we are with the Kurds, here lies the meaning of this issue of “Global Rights magazine”: to take sides, to take part, to show solidarity with those who are subjected to the brutality of the military and state force but who nevertheless resist, since they have on their side the irrepressible force of reason that fights – and is destined to win – against the law of force.

Moreover, in general, law is nothing more than a distant relative of justice, so much so that they don’t even speak among them. It is a photograph and representation of the relationships between classes at a given historical moment, a tool to preserve the dominance of one over the other, as it was said and known in the twentieth century. The law of the strongest is the quintessence of that principle, valid also in the relationship between states. Just look at how the International Criminal Court works. In Turkey the law rules with violence, it is imposed with fierce arrogance; but, in analogous or even attenuated forms, this happens in many other countries of the world, where likewise justice has been exiled. Just as with the Kurds, justice often has no place and land to live in, but has a crystalline reason that makes it irrepressible and powerful. Erdogan calls them terrorists, with a blatant twist of the truth of facts and history. Terrorists are those governments and states that call themselves Islamic or pretend to be democrats who impose themselves through fear, deprivation of liberty, police, torture, oppression. The Kurds have been left alone. The United States have betrayed them, the European Union is blackmailed and turns away, the United Nations stutters powerless. They are alone, repressed and raped because they are right. This is why we stay with them and dedicate these pages to them.