Turkey counts so many political prisoners (there are currently up to 70,000 students in jail) that it can be easy to get human rights fatigue when reporting on the country 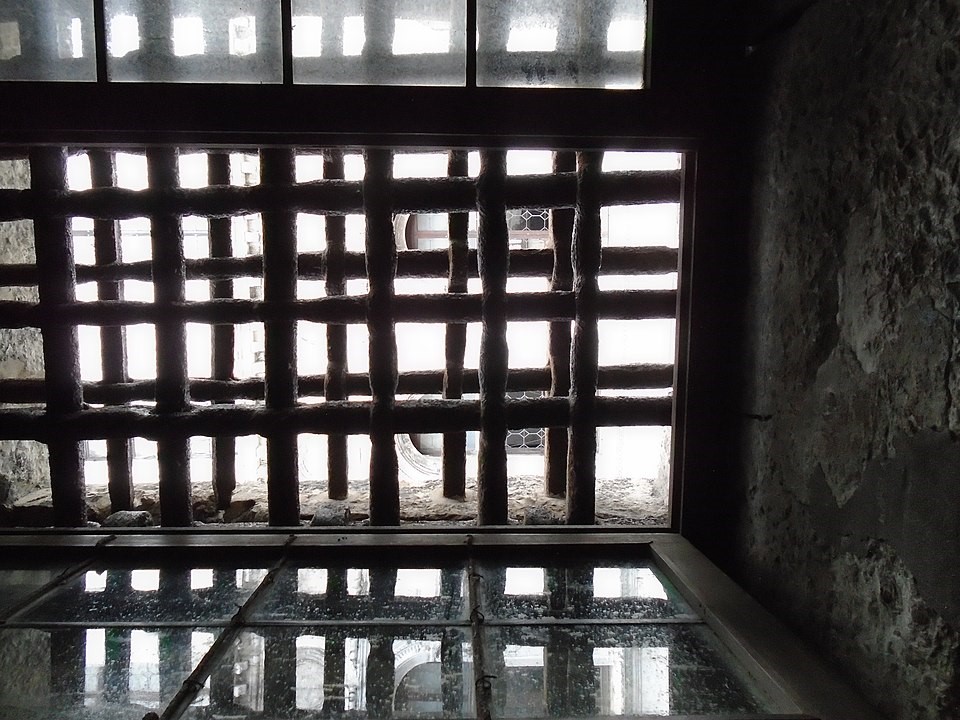 Turkey counts so many political prisoners (there are currently up to 70,000 students in jail) that it can be easy to get human rights fatigue when reporting on the country. Yet recently, a new campaign has been gaining ground to draw attention to one of the country’s longest-serving political prisoners, the Kurdish poet İlhan Sami Çomak.

Çomak has been in prison in Turkey for 26 years – four more years than Nâzım Hikmet, one of Turkey’s most famous poets served. Born in 1973, he was arrested while studying Geography at the University of Istanbul in 1994. According to a recent letter published in the Guardian:

He was charged with starting a forest fire and of being associated with the banned Kurdistan Workers’ party, charges he denied and to which he confessed only under torture.

Nurcan Baysal, a journalist based in the city of Diyarbakır (known as Amed in Kurdish), told Global Voices that Çomak was sentenced by a State Security Court (called Devlet Güvenlik Mahkemeleri in Turkish), presided over by a military judge, when he was tried in 1994. During the Turkish state’s conflict with the Kurdistan Workers’ Party (PKK) in the 1990s, these military courts tried cases of people considered to be a threat to national security, and usually gave harsh prison sentences.

His life sentence was re-approved in 2013, and again in 2016, meaning that he should be released in 2024. When asked about his defence by the court he replied “I am not going to say anything because you are not fair.”

Çomak’s case is currently being championed by Norwegian PEN, who organised an event to raise awareness about the case at the Poetry Cafe in London in February 2020. Following this, a letter was written to the British newspaper The Guardian, while the British-Hungarian writer George Szirtes published an article in The Guardian about Çomak’s case.

Caroline Stockford of Norwegian PEN spoke to Global Voices, saying that she is currently translating Çomak’s poetry, and hoping to find a publisher in English. Meanwhile, Norwegian PEN is also planning a campaign in Norway with a public event scheduled in the summer.

Stockford also hopes to meet with the Turkish Ambassador to Norway about the case, and to get an expert legal opinion on the case to submit to the Constitutional Court in Turkey. In a statement, Stockford commented on the case, saying:

“Ilhan is innocent. He is the forgotten case, a mild man who collects bird feathers and writes the poetry of nature, the outside world, of folk traditions and of the suffering of those other unjustly imprisoned men he has come into contact with over 27 years. We ask the Foreign Ministers not only of the UK but of Europe as a whole to intercede on his behalf, to raise his unjust case and demand the freedom of İlhan Çomak.”

A message from the prison

Global Voices also spoke to İpek Özel, who regularly visits Çomak in prison. She said that Çomak wants the outside world to know that he is innocent of the crime he was convicted for. She said that he has not been given the chance of a fair trial, even after the European Court of Human Rights ruled his conviction unlawful. She adds:

“There was no military judge at the court this second time but the mentality of the military court and judge was there. They didn’t listen to him, to his lawyers and to the witnesses at all. It was such a lousy court, that even the prosecutor was watching a webpage selling watches on his computer during the trials openly. We, in the observer seats saw that.”

Özel added that Çomak would also like people to read his poetry, to share it with others, and by doing so help him raise his voice while in prison.

“His poetry only talks about love and innocence and life with all its beauty, so he thinks that if he is read, liked and understood as a poet, then his voice will be passed through all the boundaries and prison walls, and he will be unstoppable. This will free him, even though his body is still kept in a prison. His verse, thoughts, feelings, ideology will be independent. If you would like to write to Ilhan in prison, his address is as follows: İlhan Çomak, Silivri L Tipi Cezaevi, F9 Alt Silivri Istanbul, Turkey”

In his poem ‘Life is seeing the flight of a butterfly’, Çomak tells the reader:  “No cage can contain the colours of my heart”. Through his poetry, he makes a powerful case that the strength of his imagination is greater than the power of the Turkish state to keep him in jail. Here is what he says in his own words about his life and hopes:

“The contentment of my childhood years and my imagination was enough to ensure that I lived my whole life in happiness. When that peace was lost, the happiness too was taken with it. The only thing I have left now is the power of my imagination… I have many reasons, of course, for writing poetry. However, I should like to emphasise most strongly that I am in search of the life that was stolen from me; I am seeking my lost happiness and contentment. I was a lovely child. I really miss and love the little child that I was. That is why I write poetry. For him.”

“There are many other writers in Turkey who have fallen foul of the government. And 70,000 students currently in prison, but a writer such as Çomak, being the longest-serving one-time student, deserves our special attention. We call on the prime minister and the foreign secretary to make representations to the Turkish government to free him as soon as possible.”